Whistler Gymnastics has been offering recreational programs to boys for several years, but gym time has been limited in the past and there was only one coach for the program.
Oct 9, 2009 7:26 AM By: Andrew Mitchell 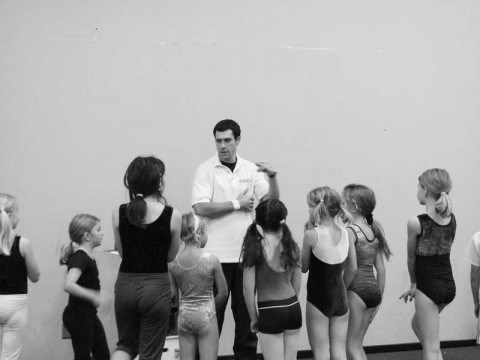 Whistler Gymnastics has been offering recreational programs to boys for several years, but gym time has been limited in the past and there was only one coach for the program.

That changed this year with the addition of Jeremy Souchotte, a gymnast who competed at the national level for 10 years before instructing alongside a former Olympic coach in Abbotsford.

Now, the boys' Saltos program has extended classes by half an hour with the goal of creating a pre-competitive program when Whistler Gymnastics moves into its permanent facility in the fall of 2010. Although his career as a physiotherapist already keeps him busy, Souchette is keen to build the boys' program to a competitive level, if that's what the gymnasts choose to do.

"I wanted to get back into coaching, and when I heard about the new gym facility and that the club was interested in starting a guy's program I contacted the club," he said.

He is leading a group of eight kids this year, taking over from Saltos coach Andre Doucette who is focusing more on the younger Aerials program that is a mix of boys and girls.

It hasn't taken Souchotte long to see the potential.

"The kids in Whistler are really athletic, and they're all into learning skills they can cross over to other sports," he said. "A lot of the skills are pretty applicable to the freestyle side of skiing and snowboarding, and biking too. It's a good way to build up to the basics and move on to harder tricks.

"The kids learn air awareness, flipping, twisting, and gain strength, flexibility, coordination. They can learn it in a progression instead of trying to pick up the skills themselves."

Souchotte competed for 10 years at the national level from age 13. He spent one year with the Saskatchewan team, then joined the B.C. Team when his family moved to Abbotsford. He stopped competing in 2002 after he tore his ACL, which is when he shifted over to the coaching side of the sport. He had the opportunity to assist a former Olympic coach in Abbotsford and to work with athletes competing at the international level. He also worked as a coach in New Zealand for two years while he was getting his degree in physiotherapy.

As a physiotherapist and snowboarder the move to Whistler three years ago was an obvious one, but he says he missed coaching right away.

Souchotte's gymnastics background also got him some work as a stunt man. In the movie Hot Rod he stood in for Saturday Night Live's Andy Samberg during the mountaintop gymnastics and punch dancing scene. He was also supposed to tumble down the mountain in Samberg's place but injured his knee on the shoot.

The Saltos program is for boys aged 8 to 12 and will run through the rest of the season. New programs will be announced next year based on interest - which is expected to be high at the new gymnastics facility.

"I have seen the pictures of it and it looks awesome," said Souchette. "It's going to be great, especially having a foam pit where you can go a little bigger and land on your head and not get hurt. Of course we don't want anyone landing on their head, but it's a good tool. We also have a full complement of guys' apparatus as well when we're up and running."

Souchotte and other coaches will also work with freestyle skiing, alpine skiing and snowboard programs that book time in the gym. The new facility will allow the club to potentially offer programs seven days a week, from morning until evening. Currently the club's time at Spring Creek is limited and coaches spend an hour a day setting up and taking down the equipment.

While Souchette was a key addition to the men's program, he's not the only new coach at Whistler Gymnastics. Seija Halonen joined the program in January after competing for 10 years and coaching for four years in Ontario. She coaches Active Start, Gymnastics For All, Gymnaestrada, adult gymnastics and the program in Pemberton.

This year Louise Stack took over some of Whistler Gymnastics' trampoline programs after 11 years of competitive trampoline. She also coaches artistic gymnastics and is an aerial skiing dryland coach.

Whistler Gymnastics will be hosting another coaching certification class in the coming weeks, and will be looking to train as many new coaches as possible over the season in order to have full staff when they move into the new gymnastics centre at the 2010 athletes village.