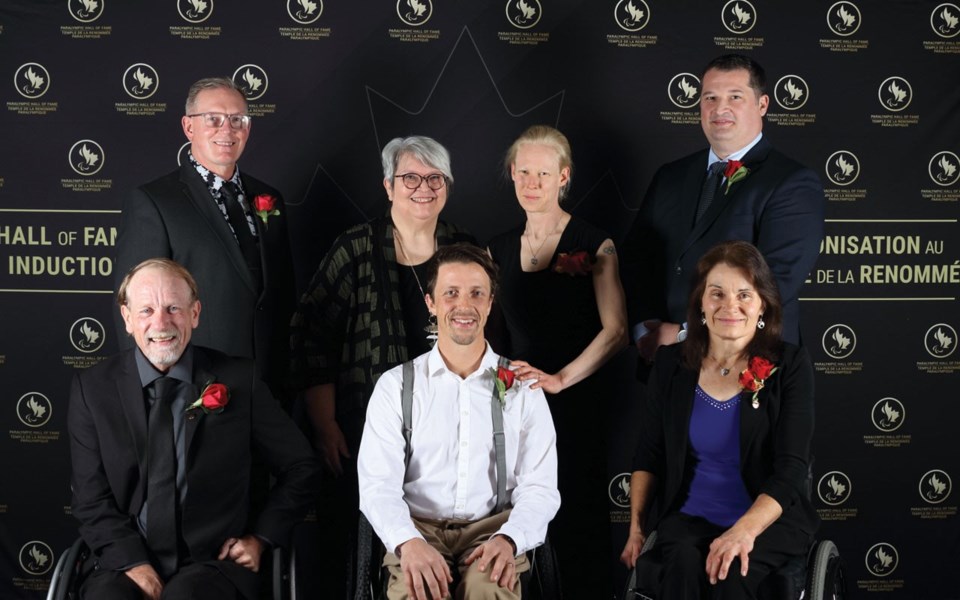 JOSH DUECK is becoming an old pro when it comes to Hall of Fame inductions.

"I didn't quite know what to expect from the experience of the induction itself," Dueck said. "When I arrived to the venue, I was surrounded by a couple hundred people, which typically would feel kind of overwhelming, but it felt like a family environment with the number of folks that have been involved with the Paralympic movement.

"It was just so rad to be part of an environment of builders and athletes and people who have helped shape the sport into what it is today. It was unbelievable."

Dueck became paralyzed from the waist down after overshooting a jump during a demonstration in 2004. Dueck, who is now based in his hometown of Vernon, is also notable for being the first sit skier to complete a backflip on snow, garnering an appearance on Ellen.

At the ceremony, Dueck was thrilled to cross paths with wheelchair curler Sonja Gaudet, a three-time Paralympic gold medallist who he feels is a torchbearer in the Canadian Paralympic scene.

"She's just such a phenomenal member of our community and I think that Sonja is the type of person that always makes time for other people," he said. "She's just such a champion on and off the field of play that it's somebody that I really look up to."

"The man cares so much about sport. He cares so much about Canada, and he really cares about the athletes that make the game," Dueck said. "He reminds me of a little kid when it comes to his enthusiasm, remembering the details of the players and the games ... and his curiosity about what's next."

Having had roughly a week to reflect on both experiences, Dueck said that both of his Hall inductions were satisfying in their own way.

"The BC Sports Hall of Fame [ceremony] was incredible on its own merit because it's fully integrated with all pathways of sport. They have everything from NHL greats like Cliff Ronning to Ryan Dempster from Major League Baseball," he said. "That's really neat to be around such a wide variety of talented athletes and exceptional human beings.

"What you get at the Canadian Paralympic Hall of Fame is a different degree of intimacy in terms of the builders and the shapers and the athletes that are engaged with that stream and that community."

Dueck remains involved in sport, having served as Freestyle BC's executive director for just over a year. He's enjoyed being involved in the ski community once again, feeling like it completes the circle for him, providing him the opportunity to give back to a group that has boosted him for the past quarter-century.

"I'm in the perfect place for me at this place in my life."