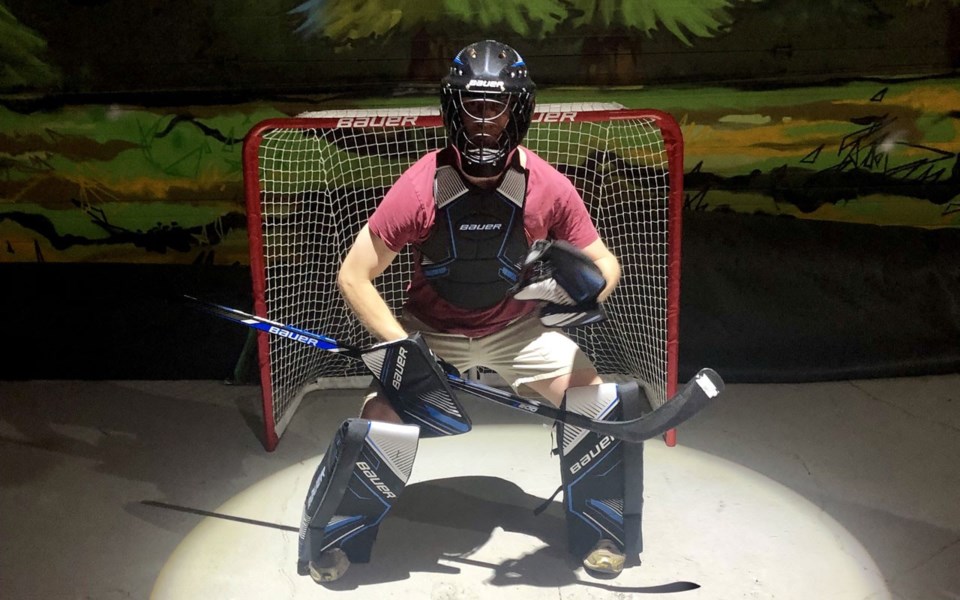 The sun is setting earlier, the bike park is closed and ski season is still weeks away—dead season is officially upon Whistler.

If you're looking for a fun way to keep active and foster your competitive spirit this fall, the Hangar's newest initiative has you covered.

The Hangar Cup, launching Monday, Oct. 21, will function as a series of round-robin tournaments aimed at giving participants the opportunity to test their skills at a variety of different sports.

Since taking over the more than 465-square-metre (5,000-sq.ft.) Function Junction warehouse—previously home to Bounce trampoline gym—just over a year ago, Whistler Sports Academy's Jamie Grant and his team have been providing fun experiences for Whistlerites of all ages, ranging from kids' combo camps during the day to after-hours ragers.

"The space is unique," said Grant. "We've got the big mirror ball and lights and big sound for DJs and bands, and then it was like, we own a sports academy, we're known for sports and rec, what can we do for adults in here that's kind of fun and unique?"

A fresh shipment of hockey boards and a test floor-hockey tournament with friends provided the answer—team sports in a nightclub atmosphere.

"The idea for us is you're playing floor hockey in a club," said Grant. "You're not going to the gym, you're not out on the street. It's unique in the sense we can have five-on-five, full floor hockey, authentic, with cool music and nets that have spotlights on them.

"You can go to a bar or club and play pool ... but we thought with our space, what we can do is turn what is a massive dance floor for a lot of our events into something that's really fun involving sports and rec," he continued. "We're kind of family oriented with the Whistler Sports Academy and this indoor space is morphing into something similar, where we have a lot of kids programming but we have stuff for mom and dad too."

The first event will see teams compete in floor hockey, followed by a dodge ball tournament set to take place the next Monday, Oct. 28, and a table tennis tournament tentatively scheduled for November.

The decision to hold Hangar Cup tournaments on Mondays was deliberate. Grant said he hopes the tournaments will develop into an "industry night" for local employees—he envisions young staff, looking for something fun to do on their nights off, forming teams and building rivalries.

"We'll have a lot of variety—not everyone plays floor hockey, so we have the dodge ball," he explained, adding that they'd eventually like to expand to other sports like soccer, volleyball and basketball, as well as kids' tournaments, and, eventually, champions' tournaments.

Co-ed teams of six players can register at a cost of $180, which includes three guaranteed games, as well as food and beverages from Whistler Brewing. The silver Hangar Cup will be up for grabs—"Whoever wins gets engraved on the cup," said Grant—as will prizes for, for example, the best team name. The Hangar Cup is intended to be a series of one-off tournaments rather than a league, so teams need only commit to one night at a time.

But those interested should act fast: For now, each Hangar Cup tournament can accommodate a maximum of five teams.

While they're encouraging groups of six to sign up together, "you can also sign up individually and we'll put you on a team," Grant added.

"We're hoping that Monday nights out in Function will be kind of a scene and it'll be the place to be, even if you're not playing."

Play will start at 6 p.m. To register email Mollie@thehangarwhistler.com.