Golf clubs to wait and see about weed 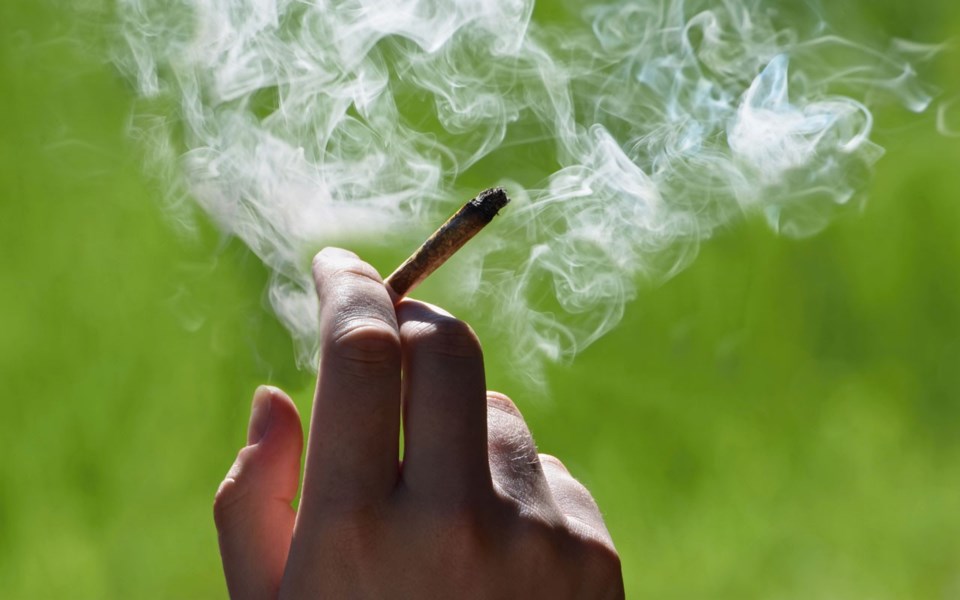 Local golf courses will look to open when conditions are beautiful and green next spring.

Just how green, however, remains to be seen.

With marijuana becoming legal next month, local courses are considering if they should let duffers light up in the middle of their rounds next season. In a survey of over 5,400 golfers conducted by British Columbia Golf and Inside Golf, one in seven golfers plans to use marijuana on the course, while that number rises to one in two aged 35 and under. On the flip side, though, six in 10 respondents are uncomfortable with anyone blazing up on the course, leaving local operators unsure how to proceed.

In Whistler, public cannabis use will be governed by the Resort Municipality of Whistler's Smoking Regulation Bylaw as well as by provincial law. The proposed Cannabis Control and Licensing Act includes a law that will "Prohibit cannabis smoking and vaping everywhere tobacco smoking and vaping are prohibited, as well as at playgrounds, sports fields, skate parks, and other places where children commonly gather."

Nicklaus North Golf Course general manager Jason Lowe is awaiting confirmation that some level of public use will be allowed before making any further considerations.

Regardless of what level of public pot use is ultimately allowed, local managers are glad that they have some time for further study to see how year-round clubs handle legalization.

Whistler Golf Club general manager and director of golf Alan Kristmanson plans to touch base with clubs in Colorado and Washington state, where marijuana is legal, as well as those operating through the winter here in B.C. There will also be consultation with members as to how they'd like to proceed.

"We're going to really take a look at the industry, see what's going on, go to golf courses that allow it and play, and check out the general vibe, maybe talking to other GMs and getting a general feel for it," he said. "My expectation is going to be that the majority of people that (make up) our core business aren't interested in: a) smoking on course and b) being around people that are.

"But we'll see. I don't want to be some old, crotchety guy that doesn't get it."

Kristmanson's basis for his prediction is that the club's core business is golfers over 45 and that Whistler is a high-end resort.

However, he added that even if the club allowed marijuana use on course, it might be banned at other times because of tinder-dry conditions.

"We were under a smoking ban, with no smoking, period, for a lot of the summer with how hot it was and how dry it gets," Kristmanson said. "If the forest fire danger is extreme, then we don't want people to smoke."

The Meadows at Pemberton general manager Kevin McLeod said marijuana will be rolled into the staff policy prohibiting alcohol and tobacco use while on the job, but the club hasn't made any decisions about whether customers will be allowed to indulge.

"We're going to probably have a meeting or get input from our members," he said, later noting that in recent years, the club has added more family-friendly elements like mini-putt and lawn games.

Nicklaus North's Lowe said this summer's statistics were impressive, with the number of rounds played increasing over eight per cent.

"A lot of it is coming from an increase in members. In the last three years, we've added about 40 new members," he said. "Some really good weather in May helped a little bit, and consumer confidence seems to be helping the Golf Whistler group in general."

Kristmanson said Whistler Golf Club's visits are down slightly compared to 2017, but noted that with last year's nearly ideal conditions, it would have been tough to top.

"We had challenges in June with weather, and we had smoke challenges in August, and September hasn't been great, so obviously that's going to affect business a little bit," he said.

In Pemberton, McLeod said the tourist numbers were similar to last season, while the membership ranks were boosted with roughly 20 new additions. He also was pleasantly surprised with the relative lack of impact that wildfire smoke made on the season.

"In past years, you'd always be coughing and gasping and wheezing but this year, it didn't really affect too many people because it was such a high smoke," he said.