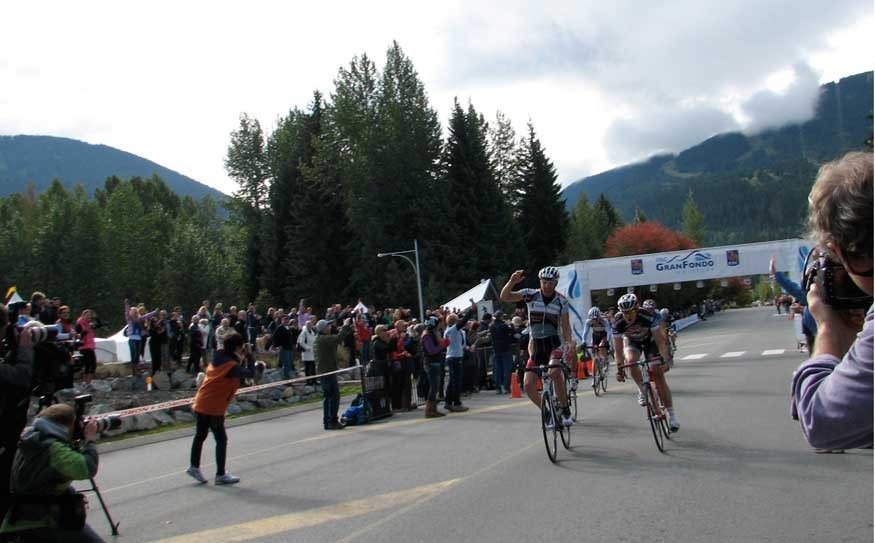 The RBC GranFondo Whistler organizers confirmed last week that they would be capping registration at 7,000 this year, same as last, due to concerns in Sea to Sky — and especially in Squamish — that the race was causing too large a disruption to traffic in those communities.

"We are motivated to grow the size of Canada's signature gran fondo, but we want to do it smartly and sustainably over time," said the organizers in a statement last week. "We have heard concern about growing the size of the event and the congestion it could create on the route. So, before increasing the capacity of the event, we will channel our efforts on making changes that alleviate these concerns. Our focus this year is on creating enhancements that will set us up for growth in years to come."

With so many riders coming up the highway, various Squamish intersections were closed for long periods of time during the event. Some residents complained that hampered their ability to attend the annual Brackendale Fair, access the Squamish Hospital, get kids to soccer and other activities, get to work and generally get around on the day of the GranFondo Whistler. There were also questions about how the fondo benefits the town, although it was confirmed that it does generate economic activity as thousands of riders visit the corridor in the lead-up to the race to pre-ride sections of the course.

As well, there was a suggestion that the racers should pay an additional $5 to go towards maintaining Squamish trails, as per a municipal requirement for cycling and mountain bike events, although that requirement was scrapped by the current council as unworkable.

The September 8 ride starts in downtown Vancouver and finishes in Whistler, 120km later. The fastest riders can make the trip in three hours and 15 minutes, although many riders take eight hours or more. As a result there were delays and closures at Squamish intersections from 8:30 a.m. until noon.

To further reduce the delays and closures, organizers have announced that they will no longer stage the race component as a separate Giro event with an earlier start. Instead, the pro riders in the field will leave with the mass start.

Registration for the 2012 race is going strong compared to last year and based on the level of interest the event is expected to sell out. More will be announced in the coming weeks. Visit www.rbcgranfondowhistler.com.

The organizers at GranFondo Canada have also been busy adding new events. Last year Kelowna was added and this year there will be a GranFondo based in Banff. A race in Niagara Falls, Ontario was also announced for 2013.