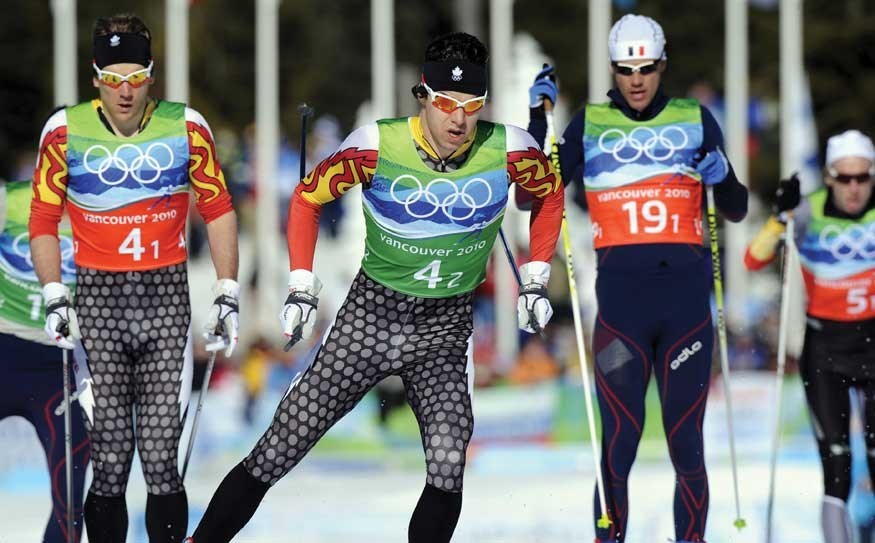 Canada's Alex Harvey made history on Thursday on the opening day of the 2013 Nordic World Ski Championships at Val Di Fiemme, Italy, winning the first medal for a Canadian male at a World Championship individual event.

Harvey was competing in the classic sprint event, starting on the far left side. He was sitting in sixth out of six skiers after the first few hundred metres, then moved into fifth after the first climb. He hung out with the chase pack, then picked his own lane to move into fourth on the second climb, and in the final sprint he double-poled his way into third place behind Russia's Nikita Kriukov and Petter Northug Jr. of Norway.

Harvey started his day slow, ranking 26th in the qualifier and getting faster with every heat to make it into the finals.

"It was such a quick turn-around from the semis so I was a little tired in the final, but I just tried to stay connected to the pack," said Harvey. "Things weren't looking so good, but everything just worked out in the end, and I am so happy."

Snow started falling during the races, sending the skiers back to their wax techs for help. In the end, fast skis were very noticeable on the hills and flats, and there's no question that Kriukov had the fastest planks on the course.

"There was a lot of action in the wax room and communication on the course today, for sure," said men's head coach Justin Wadsworth. "These guys we have are the best in the business and should take a lot of pride in that medal today. It was a great team effort, and Alex showed all you need is one in the heats and anything can happen."

The other Canadians weren't a factor on the day, with Len Valjas placing 40th, Devon Kershaw 46th and Phil Widmer 49th. Dara Gaiazova led the women's team in 42nd, followed by Perianne Jones in 48th, Andrea Dupont in 49th and Emily Nishikawa in 57th.

In the women's event, the podium went to Norway's Marit Bjoergen, followed by Ida Ingemarsdotter of Sweden and Maiken Caspersen Falla of Norway.

Harvey's medal was Canada's third ever in a World Championship. Beckie Scott won a bronze in the women's sprint in 2005, while Harvey and Kershaw worked together to capture the gold medal in the team sprint in 2011.

The racing continues on Saturday with the men's and women's skiathlon, an event where athletes ski the first half of the course on classics before switching to skate technique.