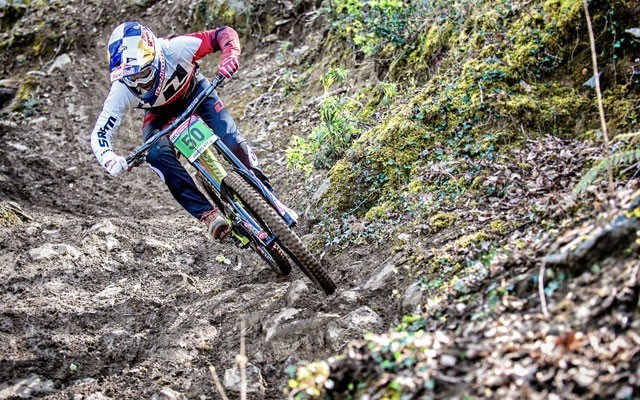 The 16-year-old cruised to his first UCI World Cup victory at the season opener in Lourdes, France on Saturday, April 9.

Iles bested Briton Matt Walker by 1.56 seconds to triumph in the junior men's division. Third-place finisher Niklas Nestoroff was over three seconds off the pace.

Iles is currently en route to Australia where he will compete in the second event in Cairns on April 23 and 24.

Sofiane Gagnon finished right in the middle in dual moguls in the FIS Junior World Ski Championships in Sweden on the weekend.

At the competition in Åre, the Whistler resident placed 17th out of 33 competitors. Japan's Hinako Tomitaka took the victory while France's Lea Bouard and fellow Canadian Berkley Brown rounded out the podium.

Gagnon also competed in the moguls, finishing 27th with a best score of 30.37. Perrine Lafont of France notched the win, followed by American Tess Johnson and Bouard.

Those who hope for a deal on their RBC GranFondo Whistler entry can still get one.

But not for long.

The GranFondo, which takes riders from downtown Vancouver up to Whistler, runs Sept. 10.

The same pricing structure and timeline is in effect for the RBC GranFondo Banff, which runs in Alberta on Aug. 20.

Whistler Mountain Bike Park will offer early-bird pricing on its season passes until just after the park's opening date.

The pricing, along with some incentives, will be in effect until May 22. The park is slated to open on May 20.

The early price of a season pass is $619 and will rise to $725 after the deadline. Those who buy early will also get a buddy day to use by June 24 and a Top of the World day.

Other options include five- or 10-day passes, and a twilight pass (unlimited riding after 4:30 p.m.). There is also a Top of the World season pass, which allows riders one lap from the top per day all season. All options include a buddy day. More information is available at www.whistlerblackcomb.com.

Pemberton's Ski, Board and Bike Academy is transitioning from the winter to summer portion of its programming.

But founder Daryl Treadway is looking ahead to next year as well.

The program, run in conjunction with existing Pemberton Secondary School offerings, will hold a parent information night at the school Thursday, April 21 from 6 to 7:30 p.m. The academy is open to students in Grades 11 and 12.