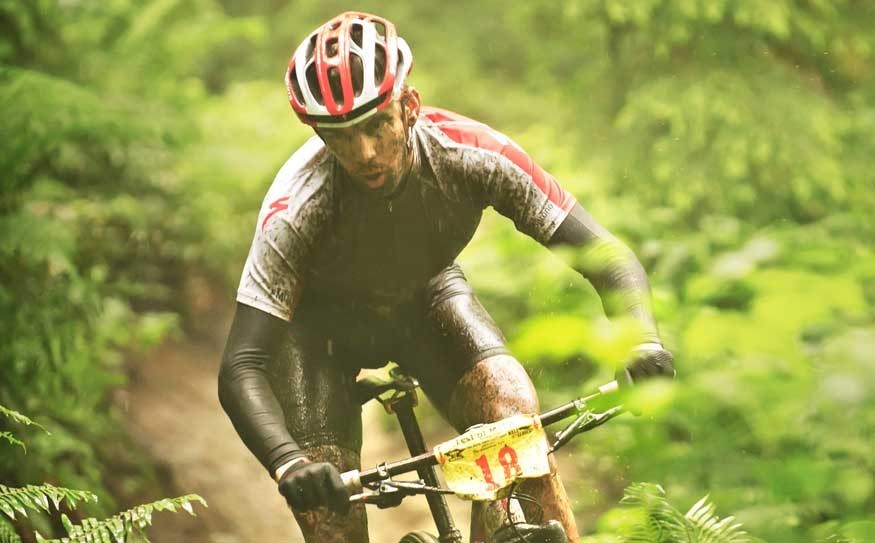 Despite a tough showing at the World Cup in Quebec and some bad luck at the NimbyFifty. which left him in second place, Squamish's Neal Kindree is having a great season. He won the BC Bike Race, the Sunshine Coaster and, as of this past Saturday, July 21, every epic ride in his hometown — Ore Crusher, Test of Metal and now the GearJammer.

Saturday's GearJammer was cold and wet, but it was nothing that Kindree and riders from the region aren't used to. In the end the biggest challenge was an unknown rider, Jack Haig, who later turned out to be a regular Australian cross-country champion — though Kindree didn't know that at the time.

"I seriously woke up thinking that I'd go for a hard bike ride and win the GearJammer... not to brag or anything, that's just what I was thinking that morning," he said. "Very shortly into the race I realized that there was this guy in orange who I've never seen before who was riding super strong, and I was going to have to be really careful. It turned into a real race, which was awesome, but it also turned into an unexpectedly hard day on my bike — which is fine, but I didn't really have that in my head when I showed up."

The two leaders, Kindree and Haig, rode together for pretty much all of the race until the last 200 metres when Kindree was able to pull away on the Smoke Bluffs.

"There were probably a few descents where I could have gotten away, I was on a dualie (dual suspension bike), he was on a hardtail and I know the trails better — but I think he knew that and was making huge efforts to get to the trails first. Kindree considered asking Haig to let him pass in a few areas, but in the end decided against it. "Racing is racing. If you want to win then you have to win it, there's no asking guys to move over."

Kindree asked Haig after the event if he wanted to do some more riding, but Haig told him he was only in B.C. for another week before heading home.

This is only Kindree's second season back after losing over two seasons to a knee injury he sustained after a crash on his bike. Last year he came close to being named to the national team, but other riders appealed his selection based on his Canada Cup points — he was mostly unsponsored at the time and couldn't afford to travel. This year he's been named to the Specialized/EMD Serono team, and has sponsorship from Ryders Eyewear and others, and has had the resources to travel to more events.

Next up? The TransRockies Ride, a six-stage race that starts in Fernie on July 28 and finishes in Canmore.

The top Whistler male was Michael Robinson in eighth in 2:38:41.