Olympian to pursue other passions, but wants to remain involved as a coach
Jul 18, 2012 9:00 PM By: Andrew Mitchell 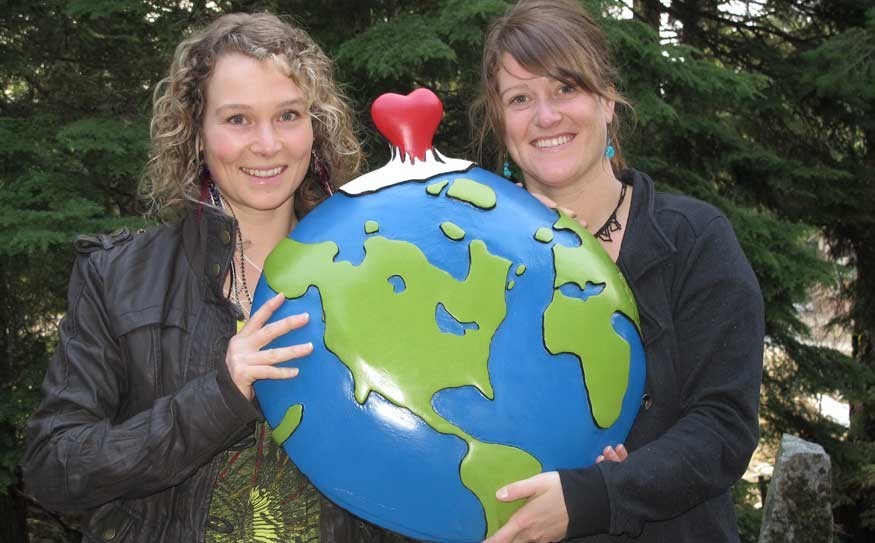 Kristi Richards (left) poses with childhood friend Alan Bjorndal at the opening of One Earth Collective in Pemberton. Photo Submitted

A year's hiatus to train and prepare for the 2014 Winter Games has turned into a permanent break for Pemberton's Kristi Richards, a two-time Olympian who committed to return for the 2014 Games after a crash put her out of contention in 2010.

But during her break from competing, Richards has decided that she's done with competition.

"It's been many factors all at once," she said. Last year she opened an artisan store in Pemberton with her best childhood friend from Summerland called One Earth Collection. She also became passionate about yoga and plans to open a studio, and will attend school in the fall to become a registered holistic nutritionist.

But her new passions will not totally replace her old ones as she plans to stay active in freestyle as a coach.

"I guess you could say I'm going at life with the same intensity I had in skiing," said Richards of her future plans. "It's just a little more diverse. Skiing took every ounce of my being since I was 12-years-old. Making the decision to retire will allow for a lot of different things in my life."

For Richards, it was a difficult decision.

"Skiing has been an opportunity and a vehicle for learning and growing. It taught me how to take on a challenge, how to plan and stay dedicated, and gave me strength; those things are priceless. This is the hardest decision that I have ever made in my life, but I know it is also one of the most profound things that sport will teach me. It is the lesson of listening to my heart and intuition. It's time to move on and be passionate about other things."

Richards placed seventh in the 2006 Winter Games, and qualified fourth in 2010 before a crash in her final run put her back in 20th. Rather than let the fall get the best of her, Richards spun her ski pole in the air to rally the crowd and finished her run with a spectacular twisting backflip off the bottom jump, landing to standing ovation.

Richards competed for five full seasons on the World Cup, missing two seasons with a back injury. She was on the podium 12 times, winning two gold medals, and represented Canada at the World Championships four times — winning gold in 2007.