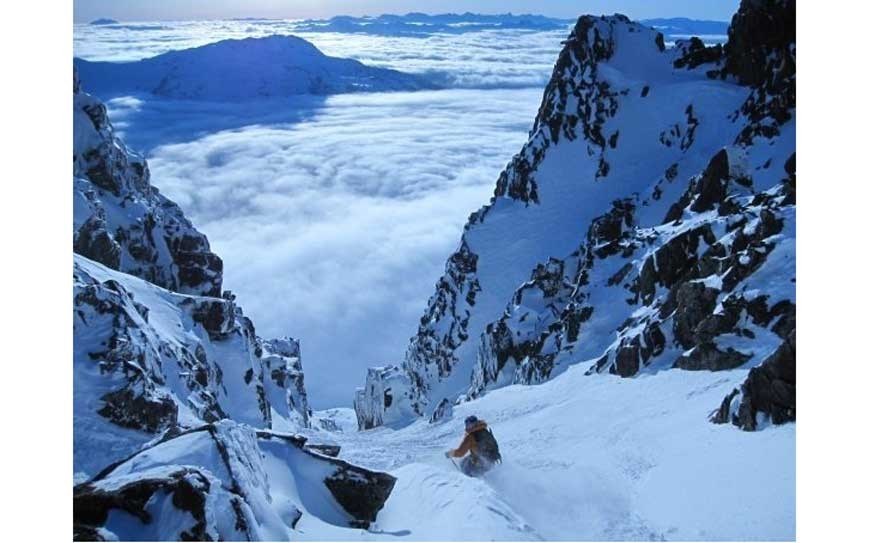 On the ski side, the tour is limited to just 12 women and 24 men, who prequalified based on past results.

The only woman representing Canada is Whistler's Sonja Lercher, who is proud to be part of the unified world tour.

"It was complicated before because the other tour was invite only and the tours weren't coordinated and weren't getting along for the longest time," she said.

"Just being part of the whole tour as the only Canadian girl, it's incredible. Just being there is amazing, but I obviously want to do well. You can't beat yourself up when you don't do well, but I'd like to make the finals at Verbier and only the top five girls will be in that start gate. Whatever happens, I just want to have fun and be part of it, and enjoy the experience."

One of the tour events is for male skiers and snowboarders only, so Lercher will only have four opportunities to prove herself — the opening even on Jan. 7 in Revelstoke; the Jan. 26 event at Chamonix-Mont-Blanc, France; the Feb. 27 event in Kirkwood, California; and the Mar. 9 event at Fieberbrunn Pillerseetal, Austria. The finals in Verbier, France are on Mar. 23.

Lercher has been training hard for the tour by working out with CrossFit Whistler, which she counts among her local sponsors. She's also contacted a sports psychologist to mentally prepare for the season.

"It's just to be able to deal with the pressure that's involved over the season, and as I'm standing at the start gate — or for what happens if I crash hard and I'm recovering from that trauma but I need to be able to compete in the next event with 100 per cent confidence," she said.

Crashing is part of part of big mountain freeriding, a sport where athletes ski and snowboard down the steepest slopes in the world while using the natural features to show off their skills. They drop cliffs, attack steeps and chutes, catch air off wind lips and work to put all the pieces together into a single fluid run, while judges award points for difficult of line, control, fluidity and jumps, and make deductions for crashes.

Lercher has been injury-free for three seasons but has had her share of hospital visits over the years.

"I've had two ACL surgeries, I've done both ankles and my shoulder blade, I broke two vertebrae in my back — it's quite a list, but as you get older and you're more mature and experienced, there's a different risk level," she said. "My goal is to stay healthy, to make smart decisions and to be able to pull off the whole season."

If athletes like Lercher are excited about having a unified tour, the sponsors are overjoyed at the prospect of having athletes on a single tour rather than divided between events in North America and Europe. Lercher is also locally sponsored by Surefoot, and internationally she's backed by Blizzard/Technica for skis and boots, Trew Gear for clothing, Optic Nerve for goggles and Swany for gloves. "They're really excited for me," she said. "There's only 12 girls on the tour, and they know I'll make the best out of it on my part. They're trying to support me every way they can."

Lercher is not the only Whistler skier on the tour this year, with Laurent Gautier qualifying in the men's group.

For more on the tour, visit www.freerideworldtour.com.