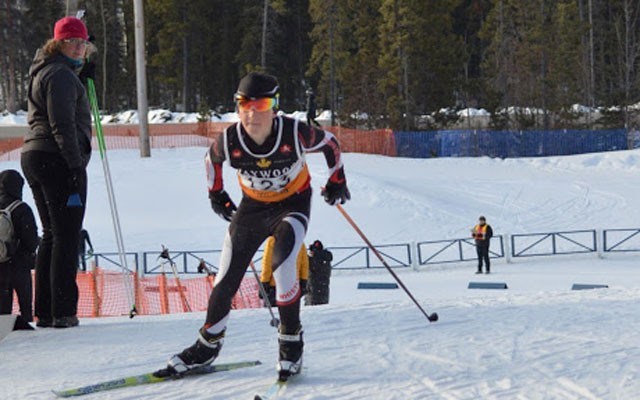 Benita Peiffer got a little bit of a boost heading into the summer.

To prepare for her 2016-17 campaign on the squad, Peiffer will attend camps as far away as Sweden. After achieving great results as last month's Haywood Nationals in Whitehorse, Yukon, she's only taking a brief break not resting on her laurels.

"I'll be all over the place training," she said. "I wish I could have more of a break, but I'll be getting right back into it."

Going to Europe to ski is in Peiffer's wheelhouse, though, as she spent much of the winter training and competing in Germany. Heading into nationals, she admitted some of the differences she experienced might not translate back here, but in the end, it worked out.

"I went away to Germany and I was quite scared that I wasn't going to come back with consistent results," she said. "My training paid off in Germany and I maintained that into nationals. I was quite tired from all the racing, but I pulled through with some good results that I was happy with.

Peiffer said that going into the nationals she hoped to lock down at least one podium appearance while finishing in the top 10 overall in the juvenile girls' category. Peiffer hit the top 10 throughout the week, but podiumed later in the process by taking second in the sprints.

"I ended up pulling through in the sprints and got away with the champions," she said. "The last day didn't go too well. I think I was just tired out but my results were pretty consistent, so I ended up getting a second-place aggregate, which I was very surprised with."

Murdoch was launched on his final day by a third-place showing in the classic mass start and was thrilled to finally lock down a podium appearance.

"I had a couple of screw-ups in the first race and I just thought to myself, 'Aww man, I'm pretty close to the podium,' so on the last day, I just kind of gave 'er my all. I was so happy," he said. "The trails were awesome, definitely good for classic skiing... The terrain was not quite as punchy."

Murdoch was also beyond thrilled to make the provincial team, especially after a slower start to the season than he was expecting.

Davies, meanwhile, was glad to test his skills against some older and higher-level competitors, especially as he pulled off some impressive showings for his age group.

"I was mentally preparing myself for the competition and was really getting focused on what I have to do," he said. "I was really focusing on fast turnover and the techniques."