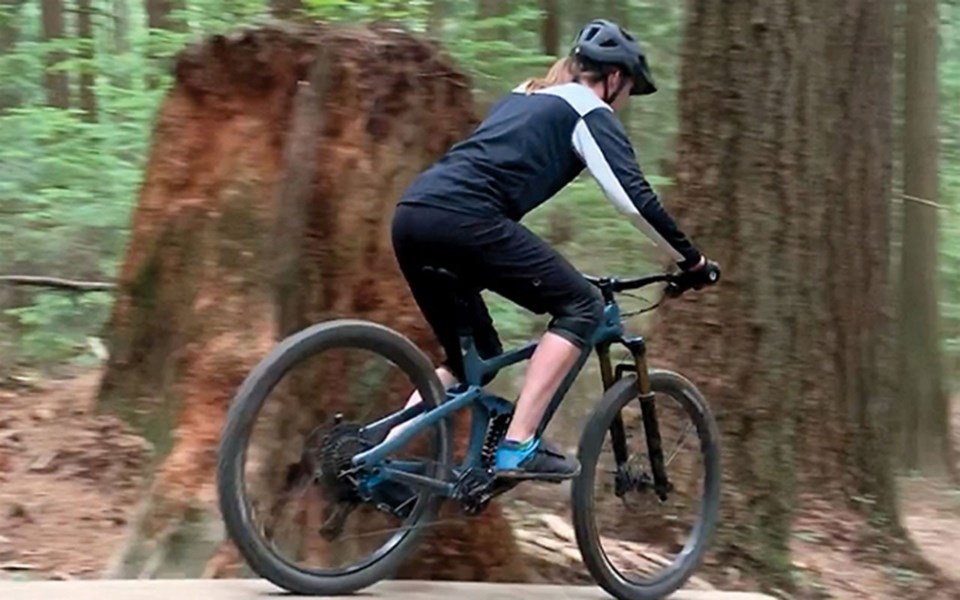 TEETERING A rider rolls over the teeter-totter on Dreamweaver, an intermediate trail on Mount Fromme. <ParaStyle:CUTLINE- credit> photo supplied by Jeff Burrows

Despite some uncertainty after news broke last week that the Municipal Insurance Association of B.C. (MIABC) had requested that the District of North Vancouver (DNV) remove five teeter-totters from trails on Mount Fromme and Mount Seymour, it appears that the issue will not extend its reach into the Sea to Sky.

The DNV subsequently decided to leave the features in place in hopes of working out a compromise with its insurer, but it appears as though trails in Whistler and Pemberton will not be affected.

The issue with teeter-totters stems from an Ontario civil suit that found a county government liable after a mountain biker became a quadriplegic following an accident.

To start, those types of features are few and far between in the Sea to Sky. The Resort Municipality of Whistler (RMOW) said there are two on its land, and anticipates that they will remain there indefinitely.

"The RMOW has only two teeter-totters currently on its trails. Both are located in [A River Runs Through It]. No changes are planned at this time," a spokesperson wrote in an email.

Whistler Off-Road Cycling Association president Dale Mikkelsen said there are no teeter-totters on the trails curated by the organization, noting that Whistler has typically approached its building differently.

"It's not our tradition to build what's traditionally been known as stunts on the trails. It was very much a trademark or a hallmark of North Vancouver trail building," he said. "When they had to bridge or cross challenging terrain, they would couple that with a feature because that was the state of the sport at that time.

"In Whistler, it's been more traditional to build natural singletrack in steeper terrain. Woodwork was generally used in order to safely navigate wet areas or steep areas, rather than as a stunt or a feature."

Up in Pemberton, both a Squamish-Lillooet Regional District spokesperson and Ian Kruger of the Pemberton Off-Road Cycling Association confirmed that there are no teeter-totters in Pemberton.

For its part, the MIABC said it was unsure of how it came to be the villain in the scenario, as CEO Tom Barnes said in an email that it does not seek to directly influence its clients' decisions.

"The Municipal Insurance Association of B.C. does not suggest or request its members take or refrain from any course of action. Specifically, we have not requested any member make any changes to any trail biking facilities. We do offer our members a robust range of risk management services, which they can employ to assess risks of all types, determine the options available to address them, and adopt those that are compatible with their risk appetite," Barnes wrote.

Remi Gauvin was the top Canadian on the pro men's side in 23rd while Squamish's Rhys Verner was 44th.

In the U21 men's division, Whistler's Carter Krasny did not finish.