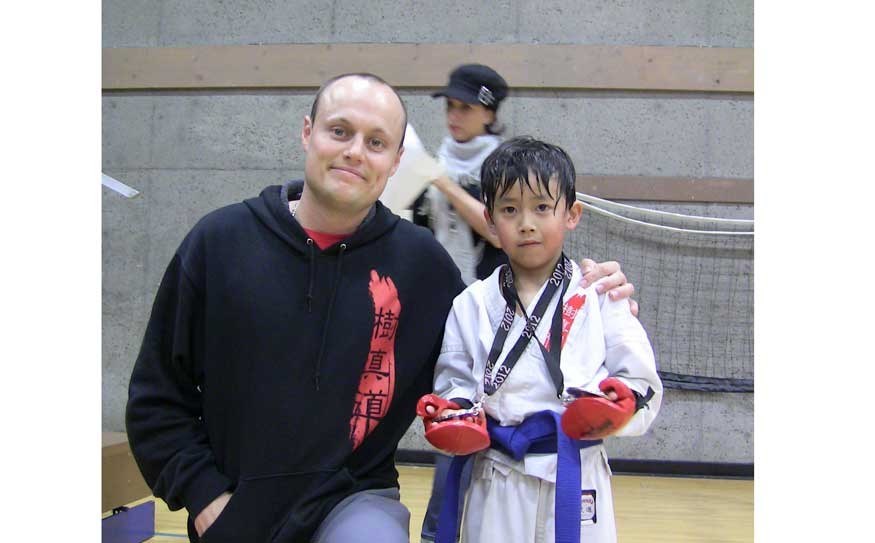 This past weekend, Whistler Kishindo — now competing as the Awesome Arts Academy — sent a tournament team to the Western Canadian Martial Arts Championship held at BCIT. Five members of the team took part in the competition, many of them finishing on the podium in the different competitions.

In point fighting, where competitors see how many points they score on their opponent during a set time period, and the fighters start over after points are scored, Teppei Onishi won the gold in overtime after the bout was tied 4-4 after two minutes of regulation time.

Kanta Onishi, a second degree junior black belt and Teppie's brother, did not compete this year but helped coach the Whistler team including his brother. He called a crucial time out when the bout tied at four to allow his brother to regroup and send the bout to overtime.

Andrew Salter was the only member of the team to enter the Forms competitions, and placed fourth overall.

All five athletes were back in competition in the continuous sparring competition, where the athletes continue to fight even after they land a point. Salter was undefeated in three bouts and came away with the gold medal after defeating Teppei in the gold medal round, with Teppie picking up the silver. Fish battled Lee in the bronze medal round, with Lee picking up his second medal of the tournament.

Kishindo sensei Cole Manson credited the opening of the new Awesome Arts Centre in Function Junction for the strong results.

"With the Awesome Arts Academy now open we were able to start up a new competition program that clearly paid off (as) they now train one extra day per week on Friday nights," he said.

For more on the club, visit www.awesomeartsacademy.com.

The club's next tournament is in January, with the Taekwondo National Championships taking place in Vancouver.

More information on the club is available at www.whistlertaekwondo.com or on Facebook under Whistler TaeKwonDo School.