Maxence Parrot goes all in at Shred Show big air 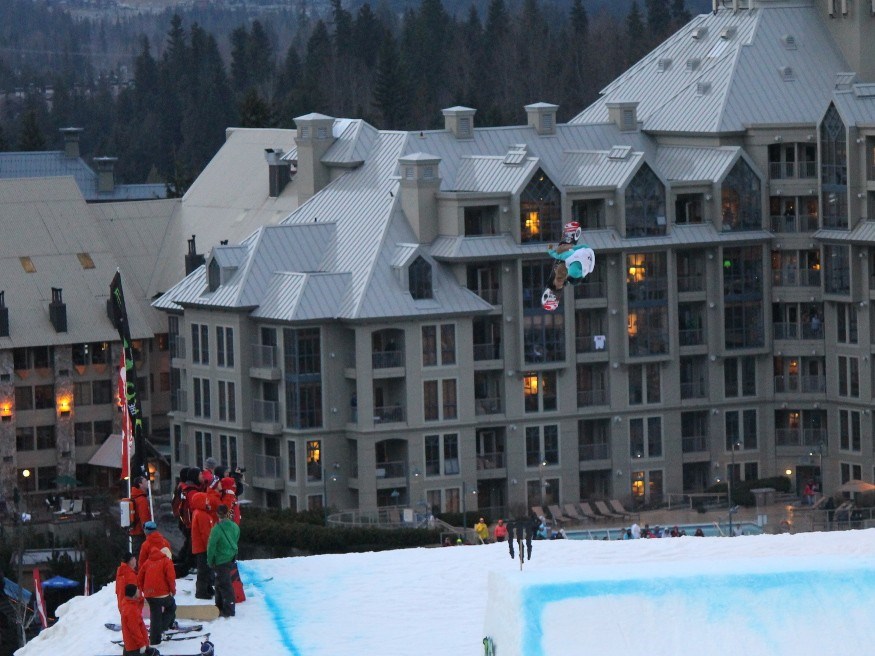 Double corked tricks led off the night at the Monster Energy Shred Show big air Whistler, with snowboard athletes laying down switch 1260 double corked tricks in the first run of the first round, when athlete generally go with a safe option to improve their chance of advancing to the finals.

It was going to take something big to take first place in the Snowboard World Tour five-star contest, and Maxence Parrot - ranked sixth overall - delivered with a backside 1260 triple cork that he had just enough room to stomp.

"I kind of put it in my head last night at the practice, I was trying a couple of different tricks and I knew I had the air time to do it," said Parrot. "So I was like, 'all right, let's go all in' and I stomped it the first try and that was it. I'm really stoked."

First place was worth $15,000. Parrot said he doesn't have any big plans for the money. He recently bought an Audi A4 with his tour winnings and sponsorship money, and planned to invest in some rims and other upgrades.

Not that he'll have a chance to drive the car. With the Olympics on the horizon and good shot at representing Canada when snowboard slopestyle makes its debut in Sochi next February, Parrot said his future includes a lot of travel.

"I've got a bunch of training ahead," he said. "It's super park in two weeks, and it's non-stop in the summer. I'm going to New Zealand, Australia... I'm never home and I'm always on my board, doing what I love."

The previous day in the slopestyle, the top three were Emil Ulsletten, Eric Willett and Ontario's Tyler Nicholson.

In the opening Boarderstyle event, a combination of slopestyle and snowboardcross, the top three were Jon Versteeg, Kevin Sansalone and Martin Jaureguialzo.