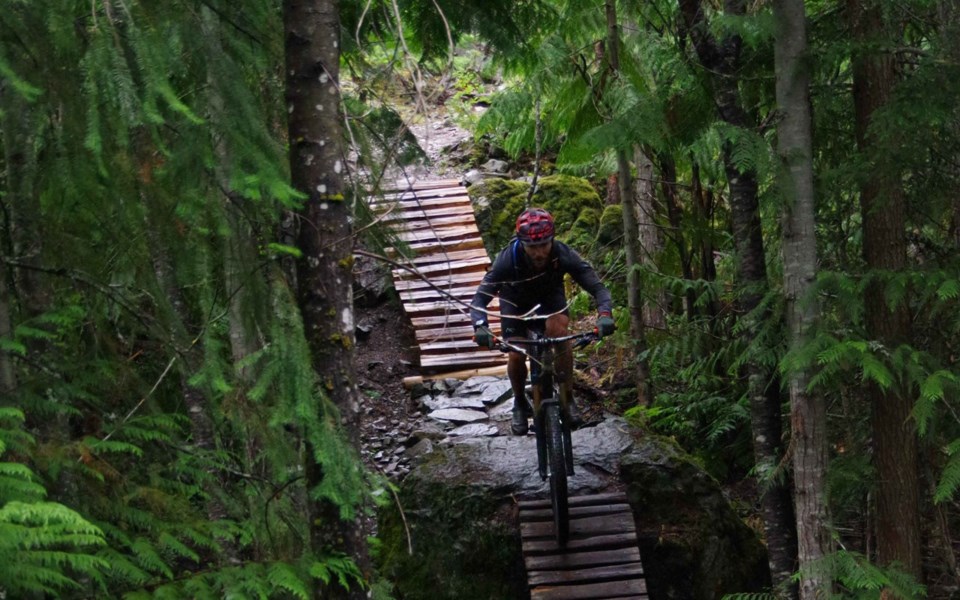 During the race marking WORCA's 30th anniversary, McNeely got himself turned around as part of the Comfortably Numb section near the end of the course. However, he still managed to take the 30-kilometre thriller race win in a time of two hours and 32 minutes (2:32).

McNeely started strong, taking the lead straightaway, but got mixed up in the Golden Door corridor.

"I ended up taking a wrong turn and got back onto the earlier part of the course. I started following the trail flagging in the wrong direction," he said. "After a couple of minutes, I recognized the trail. I remember from Trailforks that I'm not supposed to ride this trail in the same direction."

McNeely asked for help, and confirmed he wasn't on the Foreplay Descent, and worked his way back to the course, where he had fallen behind a handful of other riders. However, McNeely recovered and reassumed the lead.

"I had to pedal frantically to regain my position. There was enough trail left to get back into first," he said.

Despite his issues getting there, McNeely enjoyed the Foreplay Descent, noting it was the "featured fun trail of the whole course."

McNeely, who is originally from Colorado, settled in the Sea to Sky corridor roughly two-and-a-half years ago. He said he's started to venture north to the WORCA Toonies, but is still familiarizing himself with all of the mountain-biking options Whistler has to offer.

"It was a course I was not familiar with. I live down in Squamish and I've been coming up to the WORCA races partly just to learn the trails and get to know people up there," he said. "The wet weather added elements of challenge but made it extra fun as well."

McNeely lauded WORCA for putting on a well-run and unique event that he'd like to see continue, as riders continued to be joyful even in inclement weather.

"I would be happy to come back and try to defend the title next year if WORCA is willing to keep this running," he said. "The energy and the stoke was still high, which can be a challenge when the weather rolls in."

Organizer Grant Lamont said roughly 100 riders came out to challenge one of the thriller (30-km) or chiller (18-km) courses. Despite some rain, Lamont said the feedback he's received has been good to this point.

"We put forward a really solid course for everybody," he said. "It was raining a little bit, so it made it quite challenging for people, but all in all, I think a lot of the comments we got were incredibly positive."

Lamont, who came back on to the WORCA board to help put on the anniversary event, would be open to seeing it continue. He was thankful for those who helped out at the race, but would need a few extra hands on deck next time.

"I had some good help from people marking the course and taking stuff down, but it was a lot of work," he said. "We're looking forward to doing it again, but would need more involvement from other people."