More Than Medals analyzes the arc of sporting success 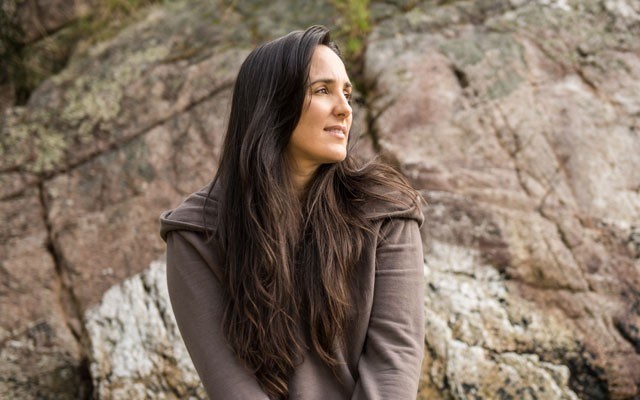 Bryce Barry originally envisioned her book More Than Medals as being biographies of her subjects.

However, when the former FIVB Beach Volleyball World Tour player got to the heart of what she was really trying to say with the book, she realized that approach wouldn't fully plumb the depths of an athlete's whole story, especially if they've struggled to accomplish what they have.

"I wanted something different," she said. "Most sports non-fiction is biographical stories about athletes and dates and ages of everything. That just seems to be very prevalent and that makes the stories kind of obsolete even if you don't want them to be.

"You look at them like, 'What do I have in common with someone at the (1988) Seoul Olympics?' For me, I wanted to lose the ages and the dates and talk more about the feelings and the stories and the athletes."

Of course, Barry had her own trials and tribulations in her decade-long career.

The former FIVB Beach Volleyball World Tour mainstay was more than just a participant in sports, but an involved researcher, paying close attention to not only pure facts and figures but the human aspects as well. She analyzed not only beach volleyball, but any sport she felt could give her some insight into her own approach, even tangentially.

Barry touches on her experiences in the preface and postscript, but ultimately lets her subjects carry the narrative. At one point during an interview, a subject suggested working on the book was her "therapy" after her competitive career was finished. She initially bristled, but eventually came to agree with the assessment.

"I felt like a lot of these athletes I spoke to, they got further than what I wanted (for myself). They accomplished goals that I wanted to accomplish for myself," she said. "I feel I've got a pretty good idea of what it takes to be a pretty great athlete... the formula and the prep work... (but what) did I miss out on?"

More Than Medals logically explores the progression of a career, looking at the beginning, middle and end.

When she started the project, which took over four years to complete, Barry had a "dream list" of interviewees for the book but only knew a couple of them. She began the project with a couple of high-performance friends and grew the project organically, gaining connections from subjects who believed in the project.

In addition to helping her gain access, Barry said her profile as an athlete helped her while she was interviewing.

"I could ask them a lot of hard questions because I was in the middle of it as well," she said. "For the majority of athletes, I could find the commonality with them and be a little bit more vulnerable myself."

In particular, she recalled her interview with Paul Duerden, a national team volleyball player — and one of the world's top competitors — whose teams were never able to make it through to the Olympics.

"What I really wanted to do was ask him 'Hey, you're one of the best volleyball players in the world, how does it feel that you'll never represent Canada at the Olympics?'" she recalled.

Duerden asked to get back to the question later in the interview, and Barry obliged with the gut feeling she'd get an honest answer. She added she felt she asked bolder questions later in the interviewing stage, as she had enough material for the book, and felt she could push a little harder to get additional golden nuggets without putting the project in jeopardy.

Athletes in different sports didn't have as much interaction while she was in her career, she said, something she feels is changing with social media. She recalls being surprised that others faced some of the same challenges she did.

Barry said she and Burke talked extensively about some of the frustrations they experienced as participants in sports where women weren't given equal access to high-quality coaching, in Barry's case, or the sport was initially only recognized as being for men, in Burke's.

Barry admired how Burke handled the frustrations with "a lightness" that she didn't have herself.

"Getting to talk to someone that wasn't on the record about women in sport, it helped me wrap up my career," she said. "She... was bawling (with frustration) because they were trying to kick her and the girls to the side with their sport.

"She goes 'It's not like I can compartmentalize. I let it go and that's that because I've got other things.'"

More Than Medals is available online at brycebarry.com and at Armchair Books.