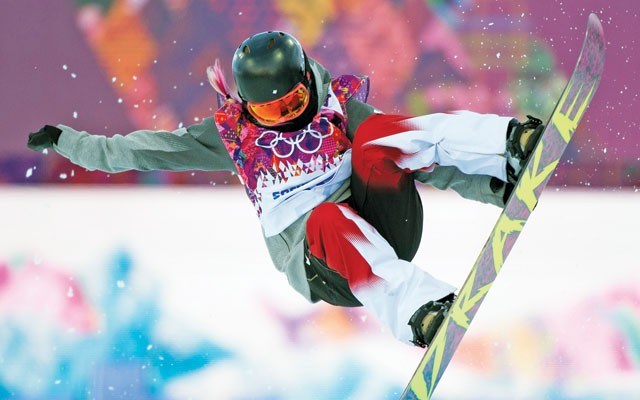 jammin' with you Three-time Olympian Mercedes Nicoll helped start the Halfpipe Fam Jam at the World Ski and Snowboard Festival with Dominique Vallee. Photo courtesy of the Canadian Olympic Committee

A couple of Olympians are hoping to bring back a taste of the good ol' days this Saturday.

Fondly remembering their developmental years learning in the pipe, Mercedes Nicoll and Dominique Vallee teamed up to create the Halfpipe Fam Jam, which is set for April 9 from 11 a.m. to 3 p.m. at the Blackcomb Mountain halfpipe.

Nicoll, a three-time Olympian, said she and Vallee both had separate ideas to get an informal gathering at the pipe, but they meshed in an irresistible way.

"I had gone to Whistler Blackcomb and had wanted to do something in the halfpipe be it having groms come and ride or have a weekend with me or other Olympians in the pipe and then Dom had kind of the same idea just getting her friends," Nicoll said. "The two minds combined, it worked."

Once they had joined forces, the idea snowballed. Soon, the World Ski and Snowboard Festival hoped to bring the meeting into its 2016 program.

"It's something I thought about a couple months ago and then Mercedes and I put up a Facebook page maybe two weeks ago," Vallee, a 2006 Olympian, recalled. "Within a couple hours, WSSF called Mercedes and said they wanted to put it on the event page.

"It was supposed to be really organic. I put it out there for friends just to come and ride. I just spoke with a few friends and April 9 just seemed to be the best day for everyone."

Vallee said as of April 5, roughly 100 people were confirmed on Facebook, but with an open invitation for people to come out, it should be enjoyable.

Skiers and snowboarders are all welcome on the pristine pipe. In addition to seeing old friends she hit the pipe with in her younger years, Nicoll is also hoping to help inspire those who may end up being just like her.

"Everyone would just be hiking it. It would be a nice sunny day and all the pros would be there," she said. "That resonates with me as to why I got into halfpipe. Everyone was doing it and it was there. It was so much fun and it's going to be fun to have everyone back and see the next generation watch us and see what snowboarding really means to us."

Nicoll is excited to welcome the skiers as well, noting she trains with them and strives to be better because of them. Vallee, meanwhile, hopes to help foster a sense of community.

"The halfpipe is so tight together and everyone encourages each other and that's what the soul of snowboarding is. It's friends riding with friends and pushing and encouraging each other," she said.

The fam jam will have an additional meaning for Vallee, as she'll celebrate her 35th birthday the same day.

"I can't imagine a better party," she said. "It's going to be sunny and warm at the festival. It's the best of all worlds."