The skies of Pemberton will be full of sails next week as the town hosts the 2012 Canadian National Paragliding Championships Aug. 5-12.
Aug 1, 2012 9:00 PM By: Andrew Mitchell 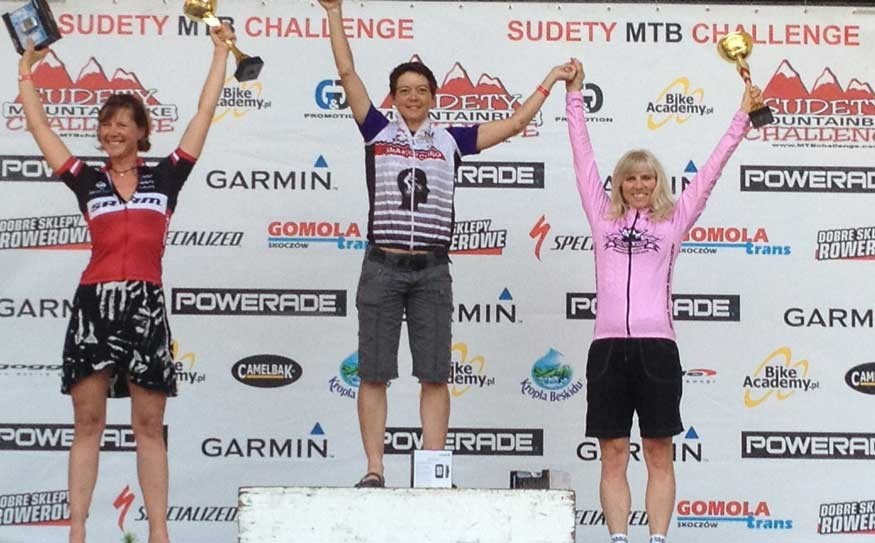 The skies of Pemberton will be full of sails next week as the town hosts the 2012 Canadian National Paragliding Championships Aug. 5-12. Locals have already gotten a taste of what it will look like as many of the competitors arrived early to check out the venue and enjoy the strong afternoon updrafts.

August 4 is the unofficial practice day for the event, as well as registration and the mandatory safety meeting.

Flying days run through Aug. 12, with the last day serving as an extra weather day if necessary. If the weather cooperates though, the awards will be handed out on Aug. 11.

The pilots will take off from the Upper Mackenzie launch site at the top of the Big Nimby trail and a very worn forestry road. Once airborne, the paragliders will steer their way around to various checkpoints as the clock ticks, while GPS tracks their progress and ensures they fly over the landmarks. The accuracy of the landing is also measured.

The event is capped at 125 fliers, and the most up-to-date pilot list boasts 131 names — some of which have to confirm. There are pilots from across the U.S. and Canada, and as far away as Germany, New Zealand, Peru, Hungary, Great Britain, Mexico, Colombia, Iran, Venezuela, Denmark, Chile, Switzerland, France and Ecuador taking part. The international showing bodes well for plans to host an international World Cup event in the community.

Race director Jim Orava has been busy getting the venue ready for the event, preparing the take-off and landing areas, as well as doing some work on the rugged road up to the launch site.

For more on the event, visit www.paraglidenationals.com.

After missing the first part of the season with injuries, Whistler's Brandon Semenuk, 21, has stormed back into contention for the overall title on the Freeride Mountain Bike (FMB) World Tour with three straight wins.

He returned for the Crankworx Les 2 Alpes slopestyle on July 14. A week later he won the Claymore Challenge, and a week after that — last weekend — the Colorado Freeride Festival's Shimano Slopestyle. All three are gold level FMB events with a lot of points on the line. Semenuk pulled into third in the overall rankings with 3,500 points. Martin Soderstrom of Sweden still holds the lead with 3,807.5 points, followed by Sam Pilgrim of England with 3,523.75.

In Colorado, Semenuk was the only rider to clear the opening feature with a straight jump — a massive air that is worth a trip to YouTube to see — followed by a number of tough tricks including a 360 x-up off the drop and an inverted 720 spin.

The overall standings could be shaken up after this weekend's Bearclaw Invitational on Vancouver Island (Aug. 4), followed by the Red Bull Joyride during Crankworx Whistler on Aug. 18 — worth twice the points as one of two FMB platinum level events this season. The overall title won't be awarded until after the Red Bull Rampage in Utah in October.

Semenuk is the reigning Crankworx champion, as well as the reigning overall world champion from 2011. In 2010 he ranked second overall.

The fifth BC Cup downhill race of the season took place this past weekend at Panorama Mountain Resort, the annual Mad Trapper event. There was also a Canada Cup race for elite level riders.

Whistler's Jack Iles had another good day on his mission to become the overall BC Cup Champion this year with another win in Under 17 Expert Men. He finished the course in 3:30.69, almost eight full seconds ahead of the next racer.

In Elite Women, Squamish's Miranda Miller was third in 3:53.75, just two hundredths back of second and less than two seconds back of North Vancouver's Danice Uyesugi. Pemberton's Jaime Hill was fifth in 3:59.90.

In Master Women 30-Plus, Veronika Voracek of Squamish placed second in 4:30.36.

There are now only a handful of BC Cup downhill races remaining. The Western Open this Sunday, Aug. 5 in Golden, a BC Cup at Mt. Washington on Aug. 26 and the BC Cup Finals at Hemlock on Sept. 2.

Whistler's Dr. Cathy Zeglinski has been making a point of racing in every major multi-day mountain bike race in the world, from the BC Bike Race to La Ruta des los Conquistadores in Costa Rica, to the Cape Epic in South Africa. This year's challenge was the Sudety Mountain Bike Challenge, a six-stage race on the Poland-Czech Republic border.

She placed third overall for solo women with a combined time of 27 hours, 58 minutes and 21 seconds, behind riders from Belgium and Denmark. "It is six days, very technical, with more rounded mountains (than in Whistler), but we had huge elevation climbs daily," said Zeglinski by email. "Most stages for me were over five hours. It has many Whistler-like technical sections and was more similar to our riding than races generally are in Europe (they tend to be pavement and gravel road)."

Aug. 5-12 — 2012 Canada Nationals Paragliding. Pemberton hosts this unique, spectator-friendly event, which is a preview for a global event planned for 2013. Visit www.paraglidenationals.com.

Aug. 11 — Squamish 50 Mile Trail Race and Relay. A new 50 mile (80km) trail running race with over 80 per cent of the course on singletrack and 3,000 metres of elevation gain from start to finish. Visit www.squamish50.com.

Aug. 18 — Just Another Bike Race. The final event of the Hell of a Series, this mountain bike race is billed as a cross between the length of the Test of Metal and the technical difficulty of the Gear Jammer. Visit www.testofmetal.com.

Sept. 1-2 — Meet Your Maker 50 Mile Trail Ultra and Relay. This is a tough new race for solos and relay teams, covering 80km of trails in Whistler. Visit www.meetyourmaker50.com for details.