Paralympian to compete at WOP 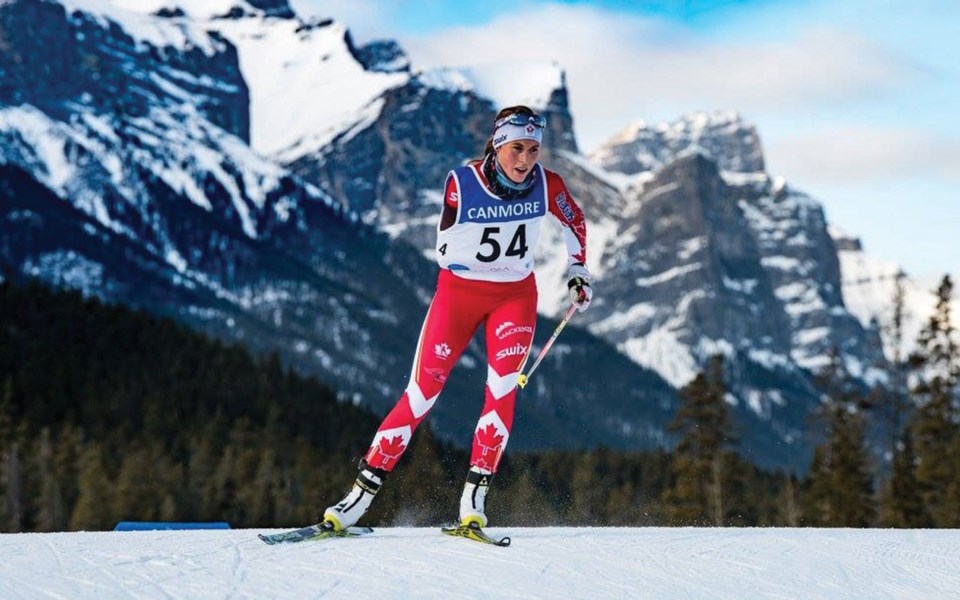 Emily Young spent over half of 2017 away from her North Vancouver home, training and competing in hopes of making the 2018 Winter Paralympic Games in PyeongChang, South Korea.

After roughly 200 days on the road last year, the 26-year-old cross-country skier is home for a spell and will come north up Highway 99 as she's set to take on the open women's field as Nordic skiing action comes to Whistler Olympic Park this Saturday and Sunday, Jan. 6 and 7.

Over the course of the two days, the first BC Cup race, the second and third Coast Cup races and the BC Winter Games trials for zones 3, 4 and 5 will be completed.

Young said she appreciates the chance to come out to familiar venues when she is afforded the opportunity.

"It's just fun to race local when I am home. If there's any opportunity we can race when we are home, it's really good to be able to fit it into the season," she said.

Young grew up as a wrestler, hoping to represent Canada in London in 2012, but a training injury eight years ago cost her that chance after she severely dislocated her shoulder and elbow and sustained nerve damage. She moved into cross-country just two years ago but has already propelled herself onto the Para-Nordic World Cup podium, including winning four bronze medals in Canmore, Alta. earlier this season.

She credits Hollyburn Cross Country Ski Club, the host of this weekend's races, with helping her boost her career and happily returns to support it.

"They have been a big supporter in my journey and in my career so far in skiing," she said.

Though events like this weekend's aren't apples-to-apples races for Young, she still can take plenty from the chance to race.

"Being able to race able-bodied (athletes) helps me out a lot and helps the team get more race experience in," she said. "It's not necessarily about results because I'm racing in the open women's (category) so it's against people my age but they've been skiing forever.

"It's good motivation for me to race against people that are skiing with two poles and two arms."

Getting in the mix with two-armed competitors is a great time as well, she said.

"It's so much fun. I'm super competitive to start off with," she said. "I started in sport as an able-body and I don't see myself as a Para-athlete. I forget sometimes when I am competing that I am only skiing with one pole. Mentally, I see myself as no different than anyone else.

"No matter the positioning, any experience helps. Getting on any start line I can helps me prepare for this."

While Young hopes to use her stature as a Paralympian to inspire athletes to push forward with their dreams, she also feels the need to push herself hard at these local races, too.

"I hope it can be some inspiration or some motivation for others. I'm still chasing them so as much as it might be motivating for them, it's also a motivating thing for me. It's a really good environment to be involved in," she said.

After the weekend, Young will have another week at home before heading across the pond to Germany to continue the World Cup schedule as she'll look to build on her strong start to the season.

"It was a little bit of a shocking start," she said. "I felt confident in my skiing and in my racing ability."

Young said her summer was filled with training camps heading into a Paralympic season, and she credited the high volume of skiing at high altitudes for her success so far in 2017-18.

This weekend's races will feature a variety of distances ranging from 750 metres to 10 kilometres. All three events, the BC Cup, Coast Cup, and BC Winter Games qualifiers, will be featured in two races, the interval start classic technique on Jan. 6 at 11 a.m. and the mass start free technique on Jan. 7.

Hollyburn Cross Country Club president Dirk Rohde said as of Jan. 3, 370 athletes had registered and he anticipated that number to top 400 before the first race starts this weekend.

For more information on the races, visit www.hollyburnxc.ca/event/bc-cup-1.