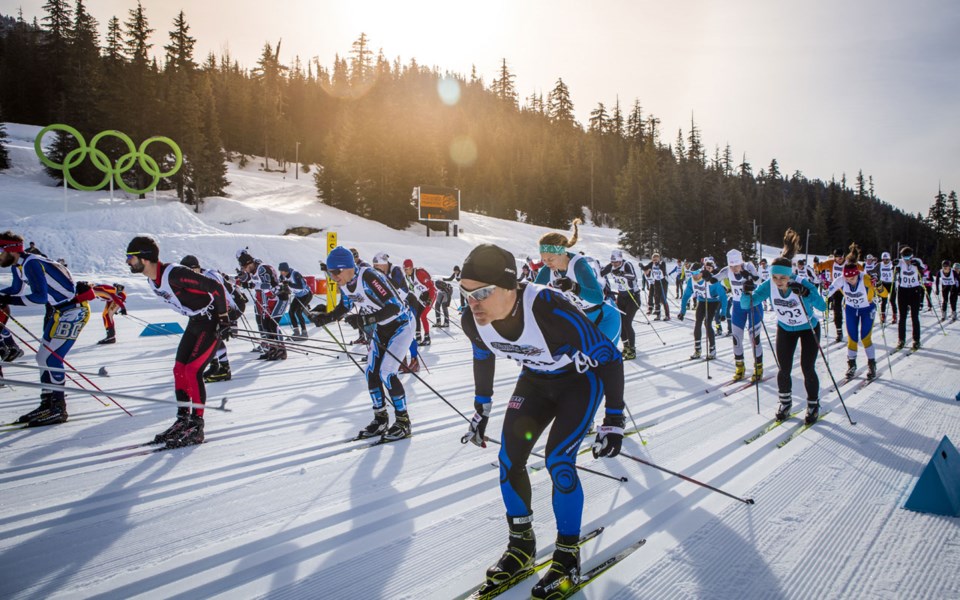 Instead of taking place at Whistler Olympic Park, the Coast Outdoors Payak will head online as a virtual event in 2021.Photo by Justa Jeskova Photography/Tourism Whistler

The Coast Outdoors P’ayakentsut was one of Whistler’s last events to be held in 2020, but nearly a year later, it, too, has been impacted by the ongoing COVID-19 pandemic.

Organizers announced that this year’s loppet, normally an extravaganza at Whistler Olympic Park, will occur as a virtual event rather than in-person for 2021.

Chief of race Sherryl Yeager explained that the team has seen restrictions tighten and loosen over the past 12 or so months, but saw the writing on the wall as early as the fall.

Yeager said organizers had sent surveys to participants and volunteers to gauge their level of comfort when case counts were trending somewhat positively earlier in 2020 before the province instituted stronger rules.

“We were considering doing interval starts, really staggered start times. We were thinking of all sorts of ways we could do it in compliance with the COVID regulations, but once a lot of adult recreational sport [started] getting shut down—even though cross-country is a really safe activity,” Yeager told Pique. “We just couldn’t do an event and be in compliance with the guidelines.”

Ultimately, organizers opted for a virtual event to run from March 6 to 21. Instead of focusing on speed, given that participants may join in from wherever they are, prizing will be based on distance.

“You need to ski in compliance with the conditions and the rules at the site that you’re at,” Yeager stressed.

The P’ayak added a 25-kilometre option this year to inspire those on the way up to reach for the full 50-km distance in 2022.

“If people have been thinking about skiing the 50, this year they can ski the 25,” Yeager said. “Then, hopefully, they decide they can do that twice next year.”

Shifting online meant changes behind the scenes, everything from rejigging registration processes and seeing its platform, Zone 4, adapt to allow participants to upload their own results with options such as Garmin devices or the Strava app.

There were roughly 100 registrations in the first week and Yeager hopes to see that at least triple.

“I would love it if we got a whole bunch of new people,” she said, noting that first-timers will receive a P’ayak toque.