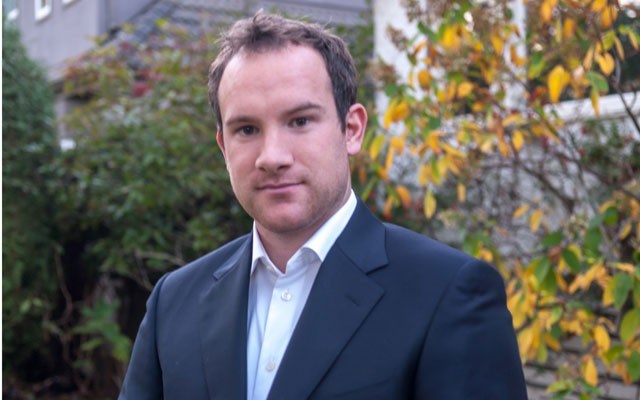 Even back in his competitive days, Morgan Perrin was thinking about his next step.

The 29-year-old, who placed 20th in the standing super-G in the 2010 Winter Paralympic Games, has now officially taken his first big post-career leap. After retiring in 2013, Perrin attended the University of British Columbia and earlier this year, earned his certificate in organizational coaching. Now, he's launching his own venture, Morgan Perrin Organizational Coaching, to help businesses stay focused on maintaining and improving the quality of their work.

"I really hope that at some point I can reach out to companies and individuals in Whistler as well as outside of Whistler in terms of helping directing them towards reaching their goals, overcoming obstacles and if they're going through a period of transition, being able to assist them through that as well," he said.

Perrin currently has a client with New Westminster's Douglas College he connected with as a result of his final project at UBC. He also sees a need for his type of work here in the Sea to Sky corridor.

"There are lots of people and athletes in Whistler that are going through retirement or overcoming injuries as I have myself," he said. "I can coach them through what their next steps might be after they're through as an athlete.

"I strive to be able to help small businesses as well as some of the larger hotel companies."

Though Perrin's clients may work in a fairly wide range of industries, many of them will face fairly similar situations such as expansion, downsizing or making personnel changes. However, with each situation being a little different, he looked to coaches from his career — Jean-Sébastien Labrie and Lasse Ericsson — praising both for their candour and flexibility.

"They challenge you," he said. "Both had strengths in understanding their athletes and changing their coaching technique accordingly."

"He was asking about what I was going to do post-ski-racing, and I didn't really have any idea at the time. I told him I really wanted to be able to help people, but I really didn't want to be a doctor or a lawyer. My main goal was to try to give back and use my life experiences to help other people," he said. "The main thing is for me as a coach, what he told me about, is that it's a partnership. It's not that I'm of seniority to my clients. We come into a challenge as equals."

And at its base, Perrin feels there's plenty he can draw from thanks to his time as an athlete.

"It's creating a healthy plan, dealing with how to overcome stress as well. Obviously, there's a lot of stress as an athlete and there's certainly stress amongst people in business settings," he said. "It's all about using strategies like mindfulness that can be transferable."

Perrin hopes to grow his client base in the short term and eventually grow the company beyond just himself, tapping the UBC program for future grads.

More information is available at www.morganperrin.ca.