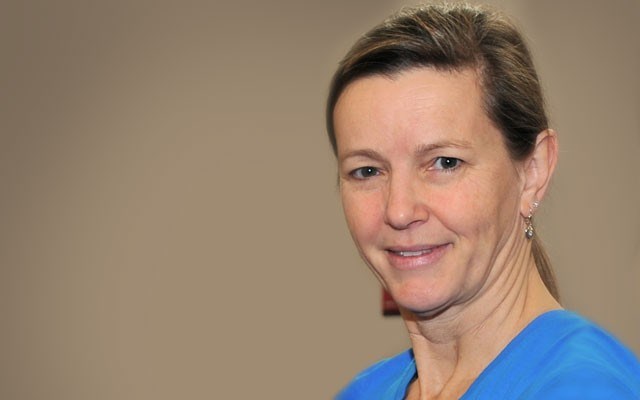 With the Top of the World Trail opened for the last bike park race of the season, a full field of racers took to the track for the Phat Weekend Enduro.

Shane Gayton took the Open Male category in the three-stage course with a combined time of 19 minutes and nine seconds, more than two minutes ahead of the runner up, William Biname, at 21:43. Taking third was James Sear at 21:52. The second fastest time of the day went to Craig Wilson in the Masters Male category with a time of 20:27.

The Female Open and Junior Male categories were small for the last race, with only three entered in each. Simmone Lyons took the women's category in 26:07, while Bradley Jansen took the junior title.

Whistler gymnastics coach Karin Jarratt is the 2013 recipient of the Regional/Provincial Coach of the Year award.

Jarratt was selected for her outstanding achievements over her 33 years as a coach, and her contribution to the growth of gymnastics in British Columbia. For the past 23 years, she has been coaching at Whistler Gymnastics.

Jarratt has helped shape athletes that have gone on to compete at the B.C. Games, Provincial Championships and national competitions. Notably, she trained the first Provincial Level 5 athlete that Whistler Gymnastics has ever had.

The award was given to Jarratt at a special VIP ceremony preceding this year's BC Sports Hall of Fame Banquet of Champions on Thursday, Sept. 25.

Participants in this year's Sept. 28 trail run enjoyed almost perfect conditions, a relief considering last year's race had to be cancelled after 30 centimetres of snow fell.

The Pemberton/Whistler Karate Club is organizing a karate tournament.

The Qepen V Karate Tournament will be held Oct. 4, 2014, and is open to all students of traditional karate. It will feature kata (forms) and kumite (sparring) competitions.

The tournament will be held at the Ullus Recreation Complex in Mount Currie, from 10 a.m. to 3 p.m.

Leif Gascoine led the team with two touchdowns, and Emerson Raffler added two points on defense with a safety.

Defensively the Saints were strong with outstanding play by Kolby Wilton and Dmitrii (Mitya) Sukhinenko combining for four sacks.

Next up for the Saints is a home game against Kerrisdale's West Side Warriors.

The FIBT announced last week that will allow mixed-gender and women's teams to compete in four-man races.

"The ruling by the FIBT allows us to provide greater opportunities for our athletes which will ultimately increase development and lead to more medals for Canada," said Sarah Storey, president, Bobsleigh Canada Skeleton.

"We also believe this decision gives our elite women additional opportunities to showcase their talents on the international stage, which in turn will help continue to grow the sport in Canada."

Canada's two-time Olympic gold medal-winning pilot in women's bobsleigh, Kaillie Humphries, was instrumental in encouraging the FIBT to provide women with the opportunity to race the four-man bobsleigh discipline — a race previously done only by men.

"This is an absolutely amazing day and something I have been very passionate about happening over the last two years," said Humphries. "We live in an age now where it has become more and more acceptable in many sports to have women compete with the men.

"You don't know what is possible until you try so I am stoked!"

Humphries has completely rewritten the record books over the last four years where she became the first Canadian woman to win two Olympic and World Championship titles in the sport. Along the way she also set a new record for wins-in-a-row at nine, and went on to reach the podium in 15 straight races — 11 of them victories.

"Every athlete wants to have a legacy and this is something I believe strongly in. This will help bridge the gap between having another event for women in our sport, but more importantly be huge in growing our sport for women, and developing my skills as a pilot."