Ricker not ready to retire 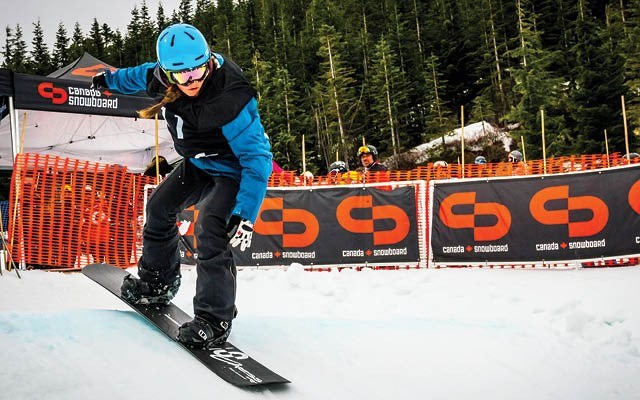 ricker's return Maëlle Ricker rides to a pro women's victory in the BERMuda Banked Slalom held April 19 at Cypress Mountain, her first race of any kind since the Olympics. The snowboard cross champ said she's planning to defend her world title in 2015. photo by mark halliday / moonrider productions / courtesy of canada snowboard

Maëlle Ricker has done an excellent job ducking questions about her future in snowboard cross racing during this season in which she tried to defend her Olympic gold medal from 2010.

But speaking to Pique on April 17, the reigning women's world champion indicated that she's not quite ready to retire yet.

"That's a good question," the 35-year-old laughed when asked if she'd be back next year, during a homecoming for local Olympians at the GLC.

"I think so. I'm still trying to figure everything out, but it's definitely not the way I wanted to end my career this year. I also still love everything about it. There's nothing I don't love about being with the team and travelling, and I love all the hard work and training. I'm definitely not scared of that.

"I think you'll see me in the start gate next year."

Ricker, who raced in Sochi just weeks after suffering a compound fracture of her wrist, did not return to the World Cup tour after the Games. She said she had great care from Canada Snowboard staff to get her ready to race at the Olympics, but it wasn't worth risking further injury.

"I was pretty banged up," said Ricker, who has some big scars to show from the fracture and surgery that followed, but has recovered well. "The big goal was to do well in February... I just felt it was time to come back, heal and step off the gas."

Meanwhile, Ricker won in her return to racing this past weekend, while Whistler's Tom Velisek was the pro men's champion at the Canada Snowboard BERMuda Banked Slalom at Cypress Mountain on April 19.

Ricker, competing in the first event of any kind since the Olympics, finished fourth overall and first in the pro women's class with a time of one minute, 16.61 seconds on the course. Michelle Brodeur was second in the division at 1:22.03, and Whistler's Carle Brenneman (1:22.47) edged fellow local rider Zoe Bergermann by two-hundredths for third place.

Velisek topped the pro men's class, as well as the full field of 130 riders, with a time of 1:14.55. Chris Robanske placed second and Matthew Tunnicliffe finished third, both in the overall standings and the pro men's group.

Competitors were allowed to take as many runs down the course as they liked in a jam format, with the best time counting for an official result. The inaugural event was established in support of the North Shore Rescue Tim Jones Legacy Fund.