One of Whistler’s top riders and Canada’s best chances of a snowboarding medal in Torino has re-injured her knee, and will miss an Olympic qualifying event.
Oct 22, 2004 3:31 AM By: Adam Daff 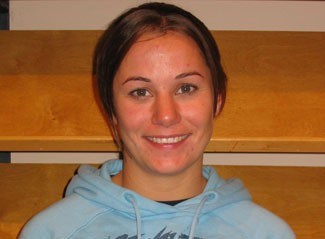 Maelle Ricker was leading the boardercross in the first World Cup of the season in Chile when she landed awkwardly on her second qualifying run over a double jump and tore the medial meniscus (cartilage) in her right knee.

Ricker continued the run despite the injury and was the overall leader heading into the finals.

But after that second run her knee began to swell and by the time the final was due to start Ricker was finding it hard to stand.

"I did win the first run but the doubles were pretty tricky and I wanted to make sure I had everything dialled in for the final," said Ricker.

"In hindsight I shouldn’t have done it, but people who win are not people who are being careful, they’re not going all out."

Ricker withstood the pain and raced in the final round but could only manage ninth.

The cartilage in her knee has since been removed in what was her eighth knee operation.

The injury will force Ricker out of a Canadian team training camp in November at Mammoth Mountain and the next World Cup at Saas- Fee in Switzerland on October 29.

But Ricker was supremely confident she would be back for the following World Cup in France and fit for the FIS Snowboard World Championships in Whistler next January, competing in both the snowboard cross and halfpipe.

This season is an extremely important one for all skiers and snowboarders because the athletes need top results to earn their countries qualifying spots for the 2006 Olympics in Torino, Italy.

And the competition for spots is tight, bordering on ridiculous.

In the halfpipe only 20 women worldwide will qualify for the Olympics, compared to 35 men.