Routley ready to race at BC Superweek

After six months of training and racing in Europe, including one of the coldest springs on record, Whistler's Will Routley is happy to be back in Canada in time for the start of summer — and some of his favourite races.
Jul 3, 2013 9:00 PM By: Andrew Mitchell 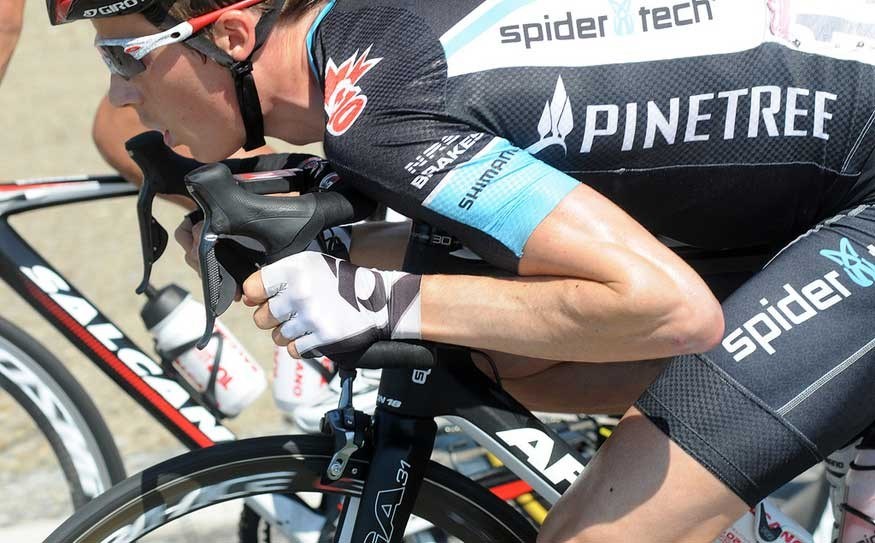 After six months of training and racing in Europe, including one of the coldest springs on record, Whistler's Will Routley is happy to be back in Canada in time for the start of summer — and some of his favourite races.

Last weekend Routley took part in the national championships in Montreal, where he finished fifth in a race where the top riders broke away early and came into the finish line separated by seconds.

Next up is BC Superweek, a collection of road events that gets underway on Friday, July 5 and runs through Sunday, July 14. Events include this weekend's Tour de Delta, the UBC GrandPrix, the Global Relay Gastown Grand Prix, the Giro di Burnaby and the Tour de White Rock. Over $110,000 in cash prizes is up for grabs.

For Routley, who rides for the Accent Jobs-Wanty pro team based in Belgium, it's going to be a solo affair with no teammates to help carry the load at any of the events. It's not a new position for Routley to be in, but it means he'll have to come into each race with a strategy and pick all the right breaks.

"I've yet to see all the official start lists, but Ryan Anderson will be doing his first races with Optimum and there are some solid crit riders in the group that are in good form. All I've done all year is 200km races, so going into shorter, more technical crits will be significantly different."

Routley says he has to be careful when he attacks, and luck will ultimately play a role.

"You have to rely on your instincts a little, and you have to be aggressive to get away with the right breaks... there will be 100 different moves, so in a way you're rolling the dice."

Routley said he's not too worried about results, and is just enjoying racing at home with friends and family around.

The events he's most looking forward to are the Gastown Grand Prix, which attracts thousands of spectators, and the Tour de White Rock, which takes place on a hilly course where he earned his first big result as an up and coming rider.

But the Tour de Delta — which is comprised of two crit races and the White Spot Delta Road Race — is also interesting for Routley. He'll be competing with Team Canada at that event, and will get a chance to ride with some of the athletes that were teammates of his at Symmetrics and SpiderTech in the past.

"The big change is that Delta is now on the UCI circuit, it got bumped up a level, and that means there will be a better turnout teamwise and a great chance to get UCI points — something that's good for Canada's ranking and selections for the world championships, and those kinds of things."

Some of the riders he'll be at the start gate with wearing Canadian jerseys include Christian Meier, Nic Hamilton and Zach Bell.

"We all know each other and ride really well together, and hopefully we can be a bit of a wrecking crew at that race," said Routley.

As for what comes next, Routley said he's discussing his options with his team and will likely race a few times in Europe in August. He wants to return home in September to take part in the new Tour of Alberta stage race with a national team.

Routley landed on the Accent Jobs-Wanty squad after his former team, SpiderTech presented by C10, announced plans to go on hiatus for a year. However, on June 20 former team manager Steve Bauer announced that the team would not resume and would officially disband at the end of the year.

The team was created to collect Canada's top cycling talent and compete internationally. They achieved Pro Continental status, which is one step below the Tour de France and other elite events.

Routley said the news was expected, but was a step back for the Canadian riders. "What we have right now is Canadians on all of these different teams, and it was kind of a big hope and desire that they would put together another team at that level, but so far it hasn't happened. The big challenge is finding a title partner," he said.

"If you look at the nationals this year there was a whole crew of us (from the team), all these former teammates together up front beating the stink out of each other — that right there was a team that could compete internationally together. We ride well together, there's no infighting, and the results were there as well."

Routley told Canadian Cyclist after nationals that riding in Europe has been a bit of a different experience with races almost every weekend and a focus on racing rather than training.

"The positive is that I've improved my French, and I've had a lot of neat race experiences and races I never thought I would do... but it's been challenging as well. There's been terrible weather in Europe this year, I was in Belgium for two months in the spring and it was snowing the whole time.

"And the team is very different from our standards, it's very blue collar biking over there. You race a lot and you don't know your schedule months in advance. It's not like the new school of riding in North America — over there you punch in and you go to work every day, it's not like here where you train and peak and then race."

Routley won't be the only Whistler rider in the event. Ben Chaddock will also be attending, with his eye on wins in the criterium events — his specialty. He won the national title in 2012.

And, like Routley, he may be on his own for most of the races.

In an email he said, "My team was scheduled to come to Superweek, which I was really excited about, but now it looks as though I'll be representing Team Smartstop presented by Mountain Khakis as the only rider."

For more on BC Superweek, and updates from the races, visit www.bcsuperweek.ca.