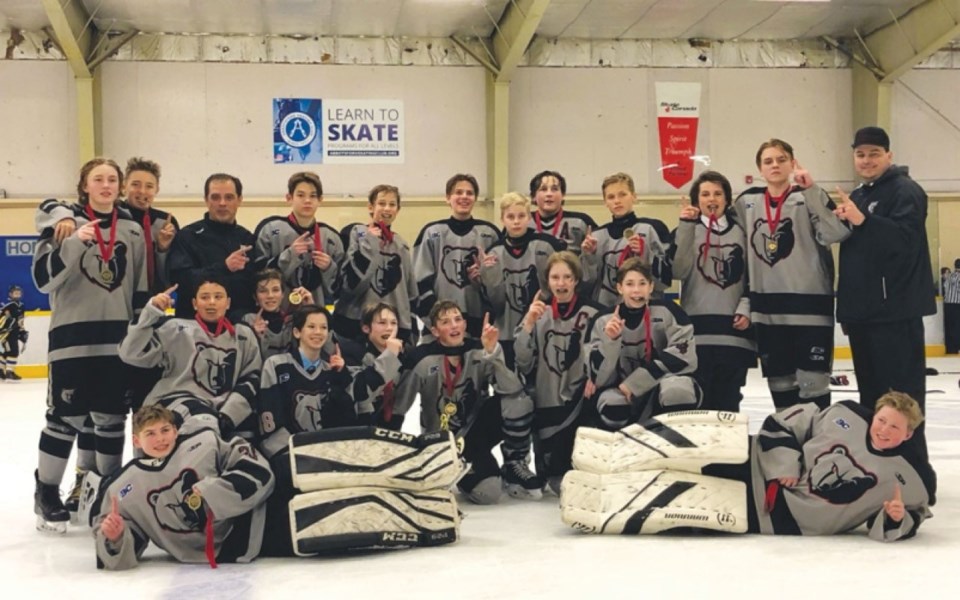 The Sea to Sky Bears Bantam team, which has players from Squamish, Whistler and Pemberton, claimed victory at the Abbotsford Western Classic.

This competition took place from Nov. 22 to 24.

The athletes went 5 and 0 beating Langley, Semiahmoo and Coquitlam in round robin play and then Aldergrove in the semi finals.

They met Langley again in the finals and beat them 3-0 with a shutout from Andrei Stewart.

This is the first year for the Bears, a team which is made up of 13 and 14 year olds. The team operates under BC Hockey.

The Bears have had a strong performance during the regular season.

"They finished tied for second place in flight two of the tiering round and have only lost one game in the regular season, so are very proud of their accomplishments so far," wrote team manager Wendy Kearns Moore.

Moore said if all goes according to plan, the team will be able to make a strong finish at the provincials in March.