Local businesses wait and see how to respond after CEO resigns following racist tweet
Jun 13, 2020 7:00 AM By: Dan Falloon 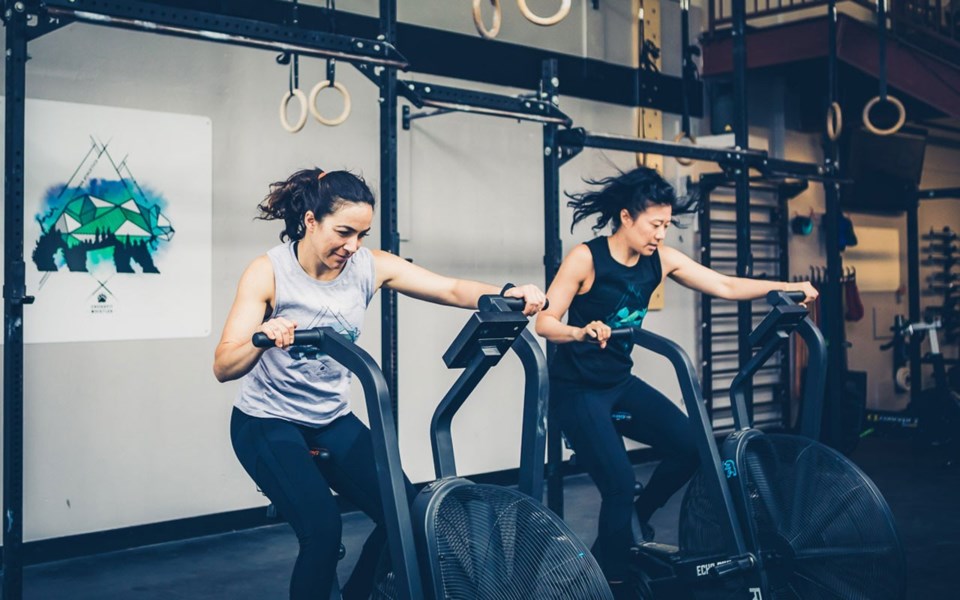 Jordan Glasser already had his hands full trying to keep his Function Junction gym going with new protocols after a lengthy COVID-19-related shutdown.

The last thing the Opus Athletics owner and head coach needed was to be faced with a tough decision regarding whether to keep up the gym's CrossFit affiliation following racist comments from CEO Greg Glassman earlier this month.

Glasser quickly disavowed the comments in an Instagram post, finishing the entry with "BLACK LIVES MATTER." With new developments in the story, however, Glasser is taking a breath and watching how the company handles the crisis as opposed to making a hasty decision as to whether to continue on as an affiliate.

"Everything now is a chance to start fresh and making things better," Glasser said. "CrossFit has a huge opportunity to improve on so many aspects of how the business is run and how the brand is perceived. I hope and I want to be part of there being a positive change.

"Right now, being part of the process is important to me. I believe in loyalty. They've done a lot for the world in general, so I want to make sure that I give them a chance."

"I know a lot of gym affiliates are looking for very specific criteria to be met in order for them to make their decision, but we just don't feel like right now, there's enough information to make that decision," she said. "With any structural changes, and this is a very quick one for CrossFit headquarters, it doesn't seem fair to put a set of criteria out that needs to be met. We're open to seeing what they come up with.

"We don't have things that we want to see, specifically, other than a positive directional shift in the leadership."

A different Squamish gym, Rebel Fitness, appeared to cut ties quickly. The gym posted a video to Facebook on June 8 showing the word "CrossFit" being scraped off its window along with the caption "It's time for change... This gym will always believe in inclusivity, acceptance and kindness. We pride ourselves on these values ... We are here to support EVERYONE on their health and wellness journey. Together we can be better."

Emails, calls and texts to the gym seeking further comment were not returned.

The controversy stemmed from Glassman's reply to a June 6 tweet from the research firm Institute of Health Metrics and Evaluation, which said, "Racism is a Public Health Issue."

Glassman posted, "It's Floyd-19," a reference both to COVID-19 and George Floyd, who died in May after a white Minneapolis police officer pressed a knee on his neck for several minutes.

Glassman apologized and later stepped down, with Dave Castro named as his replacement.

In Whistler, Glasser is open to seeing what happens under Castro's leadership, but if the gym makes a change, he doesn't expect athletes to notice a significant difference.

While he'll have to scramble to figure out how to fill the gaps of services he receives from CrossFit, his day-to-day operations, in terms of instruction he and his team can offer, would remain the same.

"We could operate identically," he said. "The use of the word 'CrossFit' and some of their trademarks and copyrights, we couldn't use, but the actual training wouldn't need to change."

Glasser said he's met with staff to discuss and evaluate how the business is operating with regard to issues such as race and to try to determine what it could do better.

On the COVID-19 front, Glasser explained that he hasn't had to add too many extra rules to comply with new protocols, as exercises are done under coach supervision, but the capacity limits and the time and effort required for additional cleaning have been an issue.

"It's somewhat broken our business model. However, operationally, it is really seamless," he said. "We feel really good about the product we offer. We feel like we offer a better product because there are less people per session.

"There are a lot of positives to come from it; at the moment, they're not financial."

As athletes become more comfortable with the new cleaning protocols, Glasser said there's been a feeling of getting back to normal as training becomes the primary focus once again.

"For the most part, I feel like everyone is more on a health perspective for fitness and less to either prepare for running events or prepare for fitness events," he said. "They're doing it for the love of it."