Sharpe looks back on big-air bronze 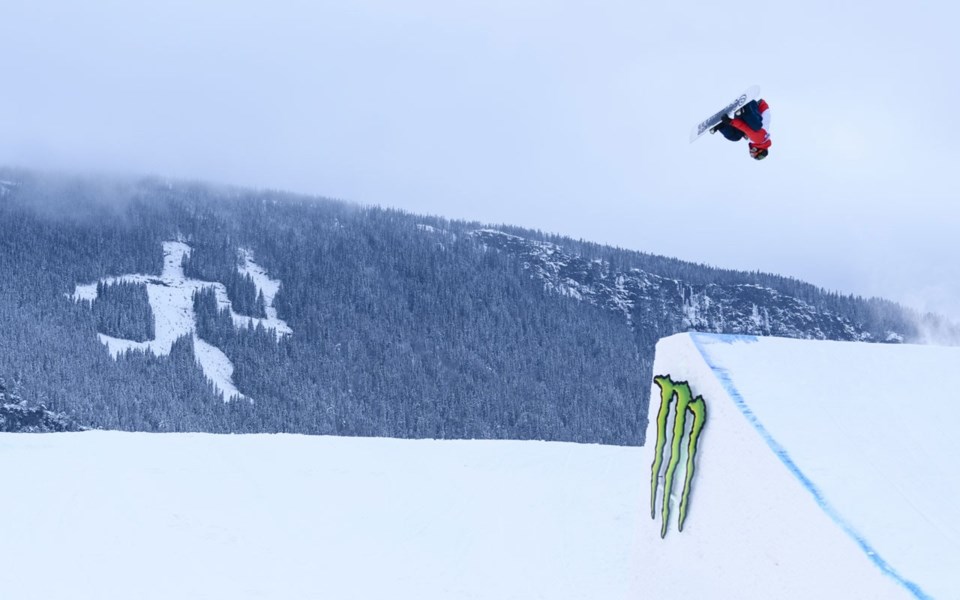 Darcy Sharpe saw his opportunity in the big air at the Oslo X Games.

With his competitors unable to capitalize and put up a big score in any of their runs in the March 7 event, the stage was set for the Whistler-based snowboarder to step up.

The issue, however, was that he injured himself at the competition's outset, and the snow conditions were more and more challenging as the day progressed. But he still managed to land a switchback 1280, switch tailgrab to rise to third and claim the bronze medal.

"The first run I should have landed, but I didn't and I kind of jacked my leg up, which is what I think I felt second run," he said.

"Then my leg still was really hurting, but thankfully, we got a commercial break where I could have a reset because it was shaking and sore. After that, seeing a bunch of heavy hitters that usually land go down, I was just thinking to myself, 'Wow, this is a great opportunity here to do well.'"

Sharpe's effort was part of a Canadian podium sweep that saw Mark McMorris becoming the X Games' most-decorated athlete with his 19th medal, a gold this time, and Max Parrot taking the silver.

Sharpe also finished eighth in the next day's slopestyle contest—the discipline that he places more emphasis on and spends more time on.

"I wasn't too motivated because big air is just so crazy these days," he said. "The level of the contests with big air [has risen] with a new era of tricks that's come through in the past few years.

"I like slopestyle a lot more because there's more skill to everything and you can't just go as all out because you have to have the full package."

Though Sharpe took 12th in his lone FIS World Cup slopestyle event of the year to go along with a trio of ninth-place big air finishes, he came through at the X Games Aspen slopestyle in January, winning gold. As much as he tried to harness the confidence that came from that, it proved difficult.

"You try to channel it, but it always seems like the slate is blank before you go to an event," he said. "You get just as nervous and you have just as much self-doubt come through, you just try to drive through it."

The 24-year-old Sharpe explained that this season had a different feel, not only because there were fewer events, but because of some changes in his personal life. He was single after a three-year relationship, and started making more healthful choices in his downtime.

Sharpe said he felt both physical and mental benefits from his healthy choices, as he felt stronger and avoided becoming sick this winter, while he enjoyed extra motivation beginning with the lead-in to the season.

"I had more self-motivation to try to take it more seriously this year. I went to the gym a lot more this pre-season and started taking care of myself," he said.