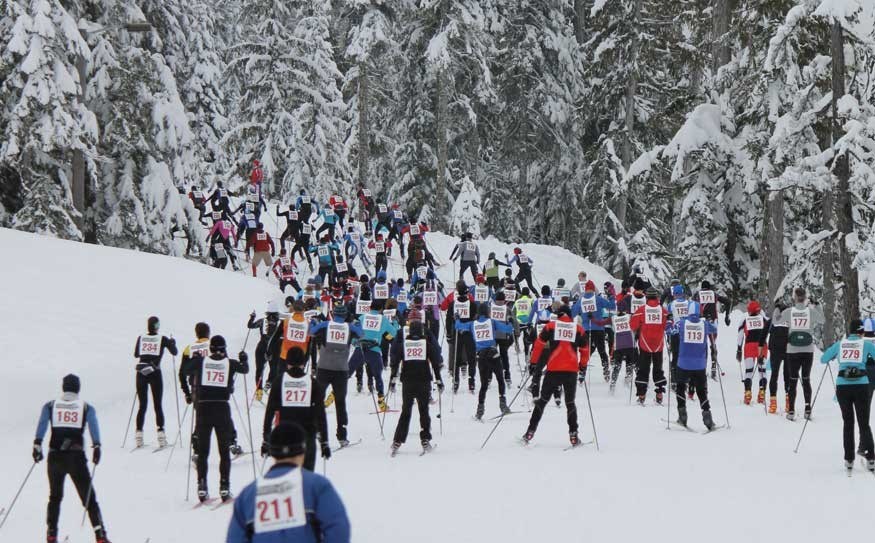 The third annual Sigge's P'ayakentsut cross-country races at Whistler Olympic Park is a landmark event in B.C., growing to become the largest race in the province in a short period of time. Over 650 people had already registered by last week and organizers are expecting to complete sell out all 700 spots by the start of events on Saturday, Feb. 23.

The event, called the Payak for short, is a recreational event with a full marathon category (50km) plus shorter distance (30km and 15km) events for skiers, as well as a full slate of recreation events for kids — a kids tournament, a youth ski cross and more.

"One of the goals of the Sigge's Payak is to be a fun event for the whole family and we are really excited to be achieving that this year," said Dirk Rohde, the chair of the event. "The registration for the loppet events is showing several family members signing up together, which is fantastic. The younger children can take part in the kids and youth events and the parents are skiing the loppet together. In some cases the whole family is skiing the loppet."

The local Callaghan Valley Training Centre (CVTC) is away competing this weekend and won't be in the field for the main marathon event, but second place finisher Neal Kindree of Squamish will be back in the field, as will third place finisher Phil Villeneuve, and 2011 winner Brian May.

For extra motivation, this year there is $300 in prize money for the top racers in the 50km and 30km races, plus $200 for second and $100 for third in those events. As well, there will be $250 cash prizes to the fastest skiers up the hill out of the stadium on the second lap, open to both the 30km and 50km categories. A fast skier who wins the Fischer Prime and their category could go home with $550.

Most of the races get underway at 10 a.m., and the fastest marathoners will finisher in around two-and-a-half hours, depending on the conditions.

The main youth events are the Payak Youth Skier Cross, a challenging 2km terrain race using both skate and classic techniques that will be set up on the Biathlon course. Kids 10 to 13 can also take part in team sprints, an obstacle relay, a "Le Mans" Skiathlon, a biathlon and a Monster Ski Race. Registration includes snacks, lunch and event T-shirts.

The Kids Ski Tournament is open for kids aged five to nine, and includes a Mad Dash, a Terrain Park Relay, a Three-Legged Relay, a Monster Ski Race and both opening and closing ceremonies.

"The growth of the Sigge's Payak demonstrates not only how popular cross-country skiing is becoming as a recreational sport, but how desperately needed this Olympic legacy facility was," he said. "There was no suitable venue for racing of this type previously in the Lower Mainland because the sport has outgrown existing ski areas — they are too crowded to host an event like this."

The event will draw skiers from across the province, and as far away as California. In the next few years, organizers are hoping to expand the event to 1,000 participants and turn the event into an international destination loppet in the same spirit as major events in Europe that draws thousands of skiers.