Canada Snowboard is the first national sports organization to compete in a World Championship this year, and with four podiums they're going to be a tough act for alpine, freestyle, cross-country and other sports to follow.
Jan 30, 2013 8:00 PM By: Andrew Mitchell 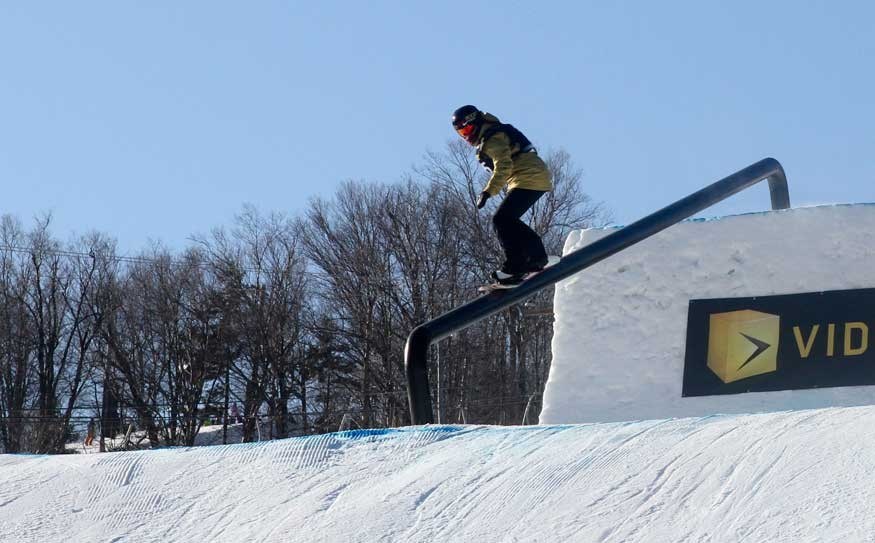 Canada Snowboard is the first national sports organization to compete in a World Championship this year, and with four podiums they're going to be a tough act for alpine, freestyle, cross-country and other sports to follow.

This season Maëlle Ricker got off to a rocky start in snowboardcross after missing the finals in the opening World Cup — the first time that's happened since 2007 — but she rallied to place second to teammate Dominique Maltais in the second event.

At the World Championships, Maltais placed second overall, while Ricker moved up to the top step of the podium.

"The last run was so intense," said Ricker. "I tried to have a really good start and I knew my board was really fast. We worked so much on our technique and on off-snow training to get quick, fast legs."

Helene Olafsen of Norway and Chloe Trespeuch of France rounded out the final bracket, while Kelowna's Jade Critchlow was 21st and Whistler's Carle Brennenan 24th.

In the men's event the top Canadian was Rob Fagan of Squamish in eighth place. Alex Pullis of Australia won the event, on Australia Day no less, followed by Markus Schairer of Austria, Stian Sivertzen of Norway and Pierre Vaultier of France.

Other Canadians in the mix include Chris Robaske in 12th, Jake Holden in 23rd and Kevin Hill in 33rd.

Canada also earned a double podium in slopestyle on the opening day of the world championships with Vancouver's Spencer O'Brien taking the top spot in the women's event and Mark McMorris placing second in the men's contest.

It was shaping up to be a double gold after the first run, but Finnish rider Roope Tonteri edged out McMorris by 1.25 points.

O'Brien was on fire, winning the qualifier with a 93.0, then bettering it with a 93.25 on her first run in the finals. Nobody was able to beat that run, with Sina Candrian of Switzerland finishing with an 81.5 and Australia's Torah Bright finishing with a 77.5.

None of the other Canadians — Sam Denena or Brooke Voigt — made the finals, placing 20th and 23rd in the qualifier.

On the men's side, Janne Korpi of Finland took third with a 90.75. Robby Balharry, who spent some time with the Whistler Valley Snowboard Club, was sixth in the contest while Matts Kulisek was 10th. Craig McMorris, Mark's younger brother, was well back in 50th.

Next up after the slopestyle was the big air contest. Roope Tonteri picked up his second gold medal by a solid margin, followed by Sweden's Niklas Mattsson and Seppe Smits of Belgium. The top Canadians were Michael Roy and Mark McMorris in fifth and sixth, while Matts Kulisek was 18th and Andrew Matthews — who lives and trains in Whistler — was 23rd.

The biggest surprise came in the halfpipe competition. The program lost funding last season, and only now is having some funding restored with Whistler's Dan Raymond stepping in as head coach. The team netted a pair of top 10 results, with Squamish's Brad Martin and Whistler's Alexandra Duckworth both placing 10th.

"I wasn't able to improve my qualifying position (fifth) unfortunately," said Duckworth. "Today's not really my day. I was struggling a little bit with the conditions. We had a lot of snow in the halfpipe."

For Raymond, who is working to qualify athletes for the 2014 Olympic Games and prove the program is worth fully funding, it was a step in the right direction.

"The level of riding in the field today was truly world class and the conditions were utterly against the riders in general," he said. "It was a pleasant surprise to see how well Alexandra and Brad did. We had a plan in place and we stuck to it and it worked quite well. We look forward to building up momentum leading towards Sochi."

Iouri Podlatchikov of Switzerland won the men's contest, followed by Taku Hiraoka of Japan and Markus Malin of Finland.

In the women's competition, Arielle Gold of the U.S. was first, followed by Holly Crawford of Australia and Sophie Rodriguez of France. Whistler's Mercedes Nicoll and Katie Tsuyuki were 14th and 15th respectively, and Calynn Irwin was 25th.

No medals for alpine snowboarders

The Canadian alpine snowboard team struggled at home, with no athletes cracking the top 10.

In the PGS, Ekaterina Zavialova was the top Canadian in 24th, with Marianne Leeson 31st, Caroline Calvé 34th and Ariane Lavigne 38th. In the men's PGS the top Canadian was Matthew Morison in 19th, followed by Jasey-Jay Anderson in 20th, Michael Lambert in 32nd.

In the women's parallel slalom, Caroline Calvé finished in a tie for 19th, while Ariane Lavigne was 24th and Ekaterina Zavialova 28th. Jasey-Jay Anderson moved up to 12th in the men's race, while Matthew Morison was 15th, Michael Lambert 18th and Steve Barlow 22nd.