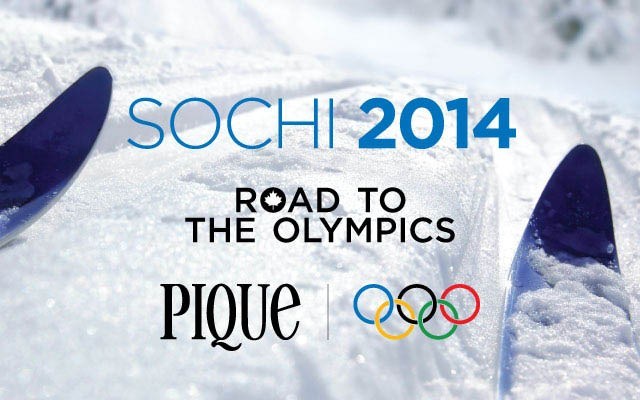 As members of the media have started to stream into Sochi, a clearer picture of the Olympic host's readiness for the Games has started to emerge, and the consensus is not good.

National Post columnist Bruce Arthur compiled compelling accounts of just how unfinished some of the media accommodations are in the coastal cluster in a piece published Tuesday, Feb. 4.

"Almost every room is missing something: lightbulbs, TVs, lamps, chairs, curtains, wifi, heat, hot water. Shower curtains are a valuable piece of the future black market here. (One American photographer was simply told, 'You will not get a shower curtain')," Arthur wrote.

He continued by detailing some of the problems other journalists in Sochi are having with their homes for the next few weeks. Chicago Tribune reporter Stacy St. Clair tweeted that she had no water in her hotel, but was told by front desk staff that if it came back on, "do not use on your face because it contains something very dangerous." Further reports of construction workers sleeping in hotel beds, or stray dogs wandering around inside some of the buildings, don't appear to be isolated incidents.

Arthur also described why one journalist staying in the Omega complex had to turn away a colleague hoping to use the extra twin bed in their room.

"When the first journalist arrived, someone had left an indeterminate amount of semen on the sheets of the second bed, and those sheets had been taken away for cleaning, and hadn't come back," wrote Arthur.

Russian President Vladimir Putin also reportedly arrived in Sochi on Tuesday, so let's all hope his hotel room is ready.

A pest control firm told the Associated Press this week that it had secured a contract to exterminate the thousands of stray dogs that are wandering around the Olympic venues. Alexei Sorokin, director general of Basya Services, told AP that his company was involved in the "catching and disposal" of canines around Sochi, but did not provide detail about what's involved in those efforts.

One animal activist quoted by AP said killing the dogs is a common practice in Sochi, estimating that Basya Services destroys "300 dogs a month" on behalf of the local government. The animals have been gathering around ongoing or finished construction sites in particular, at which workers have been feeding and sheltering the dogs.

Whistler's Jim Pollock will be setting the course for the women's slalom in Sochi after Canada received one selection in last weekend's course-setting draw.

Pollock, who is headed to his fourth Olympic Games as a coach, and has had a huge impact on the resurgence of the Canadian women's team, will be responsible for mapping out the first run for skiers competing in the Feb. 21 race.

MEDALS MADE WITH METEORITE

Any athletes capturing a gold medal on Feb. 15 will receive a special, second medal that contains fragments of the meteorite that crashed into Central Russia last year.

That date will mark the one-year anniversary of the meteorite's landing near Chelyabinsk, which caused injuries to more than 1,500 people.

An environmental activist on his way to Sochi was arrested before he arrived at the host city and is now serving a 15-day jail sentence for using foul language.

According to the Associated Press, Yevgeny Vitishko was planning to present a report on the harmful environmental impacts of the Games. However, he was accused of swearing at a bus stop while in the town of Tuapse, 70 kilometres northwest of Sochi. A witness to Vitishko's trial told AP that the judge refused a motion to summon the witness who accused him of swearing.