The seven-day BC Bike Race will once again finish its long journey with a day of riding in Whistler, following a relatively short 24.
Jun 19, 2013 9:00 PM By: Andrew Mitchell 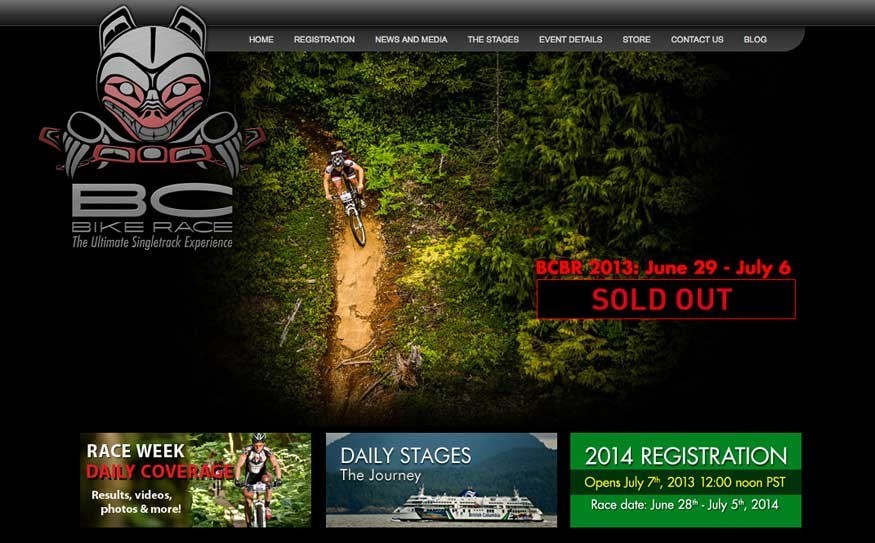 The seven-day BC Bike Race will once again finish its long journey with a day of riding in Whistler, following a relatively short 24.9km course that includes a climb up Easy Does It, a descent of Crank It Up and Heart of Darkness, a section of Yummy Nummy and a selection of trails in Lost Lake Park.

The organizers are looking for volunteers to help stage the Whistler event. The BC Bike Race will donate $2,500 to the Whistler Off-Road Cycling Association to support Whistler trails and give something back to the volunteers.

There is an informal volunteer meeting and social on Tuesday, June 25 at the Brewhouse, starting at 7 p.m. All volunteers will receive a BC Bike Race shirt, swag, lunch and a gift certificate to the Brewhouse.

What a difference a year makes. After struggling to create a team and then losing most games last season, the Sea to Sky Eagles Rugby Football League Club (RLFC) played a double-header this past weekend against the Vancouver Dragons and Kelowna Crows. The Eagles won both events to finish their season 4-0 as the minor league champions. Next up are the semifinals and finals.

On Friday, the Eagles dominated the Dragons to win 70-6, scoring 14 tries in two halves of rugby. Saturday's battle was also a rout, with the Eagles outscoring the Crows 44-16.

"I knew we had the depth of squad to get us maximum points, I'm delighted in the way we played and there were some fantastic individual performances," said head coach Keith Reeves.

The Crows were a better team overall, but had a lapse that allowed the Eagles to get the upper hand 38-6 by halftime. Whistler was tired by the second half with most of the players in their second match in less than 24 hours, and they only scored once more while the Crows were on the board twice.

The grand final is on July 6 against a team to be named.

Whistler's own Peter Shrimpton was recognized by B.C. Soccer last month with their annual Award of Merit, and was presented with the award at the Vancouver Whitecaps vs. New England Revolution game in Vancouver this past Saturday, June 15.

Shrimpton has served on the Whistler Youth Soccer Club board since 1997, and was the club president from 2006 to 2011. He also co-founded the Quest Soccer Academy in 2009, a U18 boys team that placed second in several gold and metro level tournaments. The same year he was the general manager for the corridor U16 Boys, which won most of the tournaments it entered.

In 2009-2010 he was the general manager for the Squamish U18 Boys team, which finished as Gold 1 Lower Mainland Division Champions.

He also served as a referee from 2007 to present at different levels. He was presented with a Sport BC Community Hero Award in 2010 for his efforts, and his name is on the Whistler Youth Soccer Club's annual MVP award as well.

In his write-up for the Award of Merit, Shrimpton listed tripling club size over a decade and watching his son Harry win MVP during a provincial medal game for UBC-Okanagan in 2011 as his proudest moments.

Tonight WORCA Toonie Ride (Thursday, June 20) is sponsored by Cross Country Connection and Pemberton Coffee, with sign-in at 5:30 p.m. at Lost Lake Passive Haus. The course is a full tour of Lost Lake trails. Get there early to register, and events are drawing record fields this year.

Details for WORCA's follow up to the women's only Betty vs. Veronica and Charlie's Angels Race have also been confirmed. The third race is called the Battle for Bond, taking place on August 24. Riders are encouraged to dress up as Bond girls, and there will be several James Bonds around the course helping out.

The format is enduro this year, with five timed singletrack stages that will take riders five to 20 minutes to finish. The cost is $50 to take part and 200 spots are available. Registration details will be announced soon.

Keeley Wentzel placed third overall at the trampoline westerns, not seventh as Pique reported last week. Team BC did not make the finals as reported. We regret the errors.

On Monday, July 1, Pemberton is once again hosting its family Spud Run, an 8.5km trail run suitable for families and beginner runners. Registration is at 8:30 a.m. at the Pemberton Community Centre, and the run starts at 8:30 a.m. The cost is $5 per child, $10 for adults and $20 for families. All proceeds will go to the Pemberton Valley Trails Association.

The training session includes transition drills, coaching for the swim start and drafting drills for the bike portion of the race. The clinic is free for TriBC members and $13 for non-members to cover the cost of insurance. To take part, meet at 9 a.m. at Alice Lake Provincial Park with your gear.