While Whistler prepares to host Ironman Canada, Whistler athletes were travelling to other destinations to compete in other triathlon events.
Aug 21, 2013 9:00 PM By: Andrew Mitchell 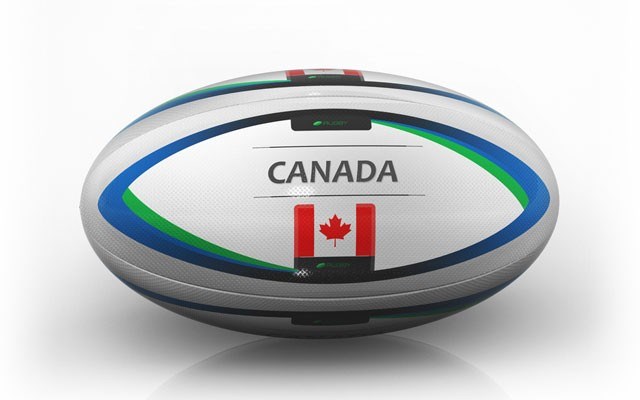 While Whistler prepares to host Ironman Canada, Whistler athletes were travelling to other destinations to compete in other triathlon events.

Squamish's Jamie Cudmore made an unexpected but welcome return to the Canadian rugby team in time to lock for Canada in two crucial games against the U.S. guaranteeing the team a spot at the World Cup in 2015.

Cudmore, 34, plays professionally for ASM Clermont Auvergne in France. The last time he donned a Canada jersey was for the 2011 Rugby World Cup.

A big, physical player — six-foot-six and 260 pounds — Cudmore played a huge role in the first game against the U.S. on Aug. 17, playing the first 55 minutes as Canada went on to win 27-9. The U.S. can still qualify with a win this Saturday in Toronto, but will need to win by over 18 points to secure a berth.

In their long history as rivals, Canada usually has the upper hand and have never lost to the U.S. in a World Cup test match by more than 15 points.

Saturday's game will be broadcast live on TSN2 at 7 p.m. Pacific TIme. More at www.rugbycanada.ca.

Canada has had a pretty good year so far with wins over the U.S., Fiji and Tonga, and a close game against Japan (16-13). The team is currently ranked 14th in the world.

The final event of the eight race Bud Light Phat Wednesday downhill series takes place on Aug. 28, and if previous last races are any indication it's going to be one of the biggest social events of the year.

The format is always a chainless descent on A-Line, but the real attraction is the atmosphere. Several years ago a few riders started to wear costumes and that tradition caught on to the point that almost every rider participates.

This race has a good chance of selling out so get there early. Registration opens at 4:30 p.m. at Garbanzo Bike and Bean, with the first racers coming down at 5 p.m.

Overall series points will be tallied after the event.

Rower Maureen Harriman in the medals at masters games

Harriman usually trains on Alta Lake, when it's not frozen over, with the Whistler Rowing Club.

This fall the Whistler Gymnastics Club is offering a new program directed to kids looking to learn spins, flips and grabs for skiing and snowboarding. The program is a joint initiative with the Canadian Freestyle Ski Association (CFSA) and Oros Whistler Gymnastics Centre, with support from the municipality's Community Enrichment Grant program.

The program is open for kids aged seven to 13, and the program runs for eight weeks starting Sept. 21. There will also be an opportunity to try out the program with a free Air Kidz workshop on Saturday, Sept. 14 from 4 to 6 p.m.

The goal is to teach basic acrobatic skills that translate to a wide variety of sports, and prepare kids for the coming winter.

"Kids with really strong basics in trampoline and gymnastics have much better odds of being successful in competition and being safe doing air tricks in snowsports, so we are thrilled to work directly with Whistler Gymnastics to help the athletes develop those skills," said Meredith Gardner, sport development director at Canadian Freestyle.

To prepare for the program, Whistler coaches have been obtaining National Coaching Certification Programs (NCCP) for trampoline, gymnastics, CFSA Air 1 and Air 2. They worked with Heather Ross McManus, a former Olympic trampolinist and master NCCP learning facilitator for both Gymnastics Canada Trampoline and the CFSA.

For more on the program or registration visit www.whistlergymnastics.com.

In only its second year the Meet Your Maker 50 ultra run is drawing a lot of attention, and at press time some 130 athletes had signed up to go the full distance: 86.04km, which includes a 4.4km gondola ride. Last year only 30 athletes did the full course. Some 30 relay teams have also signed up, which is ahead of registration last year.

"I think that the word just got out," said race director Chris Colpitts. "We didn't advertise any differently, we're still mainly focusing on logistics and running a good race. We want this to grow organically, and to ensure we're not selling something we can't deliver on."

The course is challenging, even by ultra running standards. The course is essentially a loop that covers a wide selection of Whistler trails, with a focus on singletrack. The entire length of Comfortably Numb is one of the featured trails for example, and the longest piece of the run.

September 14 — West Side Wheel Up — This is a fun mountain bike race that includes some of the best singletrack on Whistler's west side, including Lower Sproatt, Beaver Pond, Danimal North, Whip Me Ship Me, Bob's ReBob, Get Over It, a little bit of Emerald Trail and all of A River Runs Through It. This is the 20th anniversary of the ride, and as always all of the funds raised go to support the B.C. Para-Alpine Ski Team.

September 29 — Whistler Spirit Run presented by RioTinto Alcan — This is a fun, traditional cross-country race that takes place at Whistler Olympic Park. The event was created in honour of legendary track coach Frank Reynolds, as well as a way to build spirit before the 2010 Olympic Winter Games. Proceeds from the event provide grants to top level B.C. runners with the goal of developing high performance athletes.

There's a family 1km fun run at 2 p.m. for younger kids and families, and a 4x2km relay with corporate, club and family divisions at 2:30 p.m.

September 29 — Rubble Creek Classic — This is a 24km trail run that starts at the Cheakamus Lake parking area, ascends the Helm Creek Trail to the cinder flats behind Black Tusk, crosses over into the Taylor Meadows and eventually descends about 10km on the Rubble Creek trail. More details and registration will be available at en.escaperoute.ca/events/RubbleCreek.aspx in September.