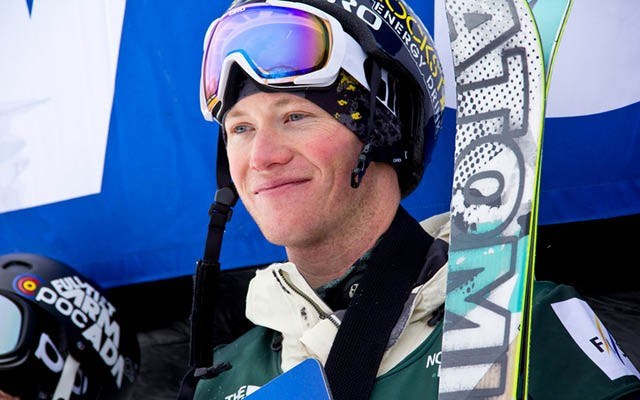 One of a handful of Canadian halfpipe team skiers participating in the event, Riddle won his qualifying heat the day before and scored a 92.25 on his finals run to earn the silver medal. U.S. star Gus Kenworthy (93.50) won the event and fellow American Kyle Smaine (86.25) was third. Canadian national team skiers Matt Margetts and Kris Atkinson were 16th and 23rd, respectively.

Whistler Blackcomb hosts the next stop of the Pipe and Park Open series, running Jan. 13 to 16. Meanwhile, the Canadian team is in action at this weekend's Dew Tour stop at Breckenridge, Colo., which will host men's and women's halfpipe and slopestyle competitions between Dec. 12 and 15. The event will count as an Olympic qualifier for Canadian skiers.

Sea to Sky skiers Matt Hallat, Caleb Brousseau and others on the Canadian Para-Alpine Ski Team turned in strong results at the IPC Nor-Am Cup races held at Copper Mountain over the past week.

Hallat, competing in the men's standing division, finished no worse than seventh during two super-Gs held Saturday and Sunday and a GS staged on Monday. Hallat's top result came in Sunday's super-G, when he placed fourth, while he would follow that up with a fifth-place finish in the GS.

Brousseau was unable to finish Saturday's race but returned to post fourth-place results in the sitting category during each of the next two events. Sit skier Josh Dueck earned one super-G podium finish, Mac Marcoux was in the visually-impaired top three on Saturday and Sunday, and Braydon Luscombe earned a standing division win on Sunday.

B.C. Para-Alpine Team members were also on hand for the races. Ben Thompson and Jeff Thompson had their best results Monday, finishing 14th and 16th respectively in sit-ski competition, while Alex Cairns had a pair of 16th-place results in super-G. Races were scheduled to continue through Thursday but further results were not available at press time.

Upon his return home, two-time Paralympian Hallat will be part of a meet-and-greet fundraiser in the village on Saturday, Dec. 14 at Seasons of Whistler between 4 and 6 p.m. Spyder and store owners George and Rose Koning will be hosting the event, which will feature raffle prizes, snacks and refreshments and discounts to those making a donation.

Skiers from the Callaghan Valley Training Centre posted some impressive results while competing at the Haywood Nor-Am races in Vernaon on Saturday and Sunday, Dec. 7 and 8, led by a personal best result from Martin Schrama.

"This was a huge day for me," said Schrama. "I've been working very hard this year on all aspects of my fitness so I'm really happy to see it pay off like this."

Geoffrey Richards also qualified for the open heats in 21st place and finished 19th overall. Sebastian Dandurand and Paul Dupius were just outside the top 30 qualifiers.

All four junior-level skiers from the CVTC qualified for their heats, including Colin Foley, who finished fifth. Sam Morris finished 16th, Andrew Avis was 22nd and Liam Patterson placed 25th.

On Saturday, Richards had the top overall finish in the 15-km free race, placing 16th. Dandurand finished 22nd, while Foley was 26th overall and fourth among juniors.

The CVTC squad now heads to Rossland for the next set of Nor-Am races going Dec. 14 and 15.

Whistler Blackcomb's competitive event schedule will get going over the coming days with freestyle and race events planned for the next week.

Sunday, Dec. 15 will mark the return of Park Rider Sessions with an all-rounder jam taking place on Blackcomb.

The Kokanee Valley Race Series is also set to get underway next Thursday, Dec. 19 with a giant slalom on Gandy Dancer (Ross's Gold). The race series offers ski, snowboard and telemark categories for competitors aged 19 and older. Next week's race will be the first of eight held throughout the winter.

Helmets are mandatory for all Whistler Blackcomb competitions. Visit www.whistlerblackcomb.com/events for full details and registration info.