Thompson on top at Val Thorens 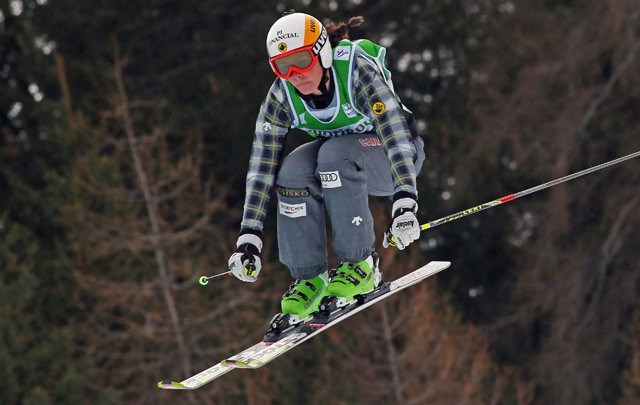 Whistler's Marielle Thompson captured her second win of the World Cup ski cross season on Friday, Jan. 17 and continues to lead the chase for the women's overall title.

Meanwhile, fellow local skier Dave Duncan returned to the men's podium in third spot on Friday at Val Thorens, France, and also holds the World Cup leaders' bib with just one race remaining before the Olympics.

Thompson continued her dominance out of the start gate on Friday as she won all of her race heats en route to the victory. The 21-year-old wasn't challenged very much on the track as she took gold in the final ahead of Swiss skier Katrin Mueller, who took silver, and bronze medallist Ophelie David of France.

"I really was strong in the starts to today. I try to make that my first focus when I'm going down the hill - just to get out in front and then make smart moves the whole way down," said Thompson. "There were tough features today with different changing winds, so we really had to adjust from run to run."

Thompson also finished fourth in Thursday's race from Val Thorens, an event that was called off due to high winds after the Round of 32 but used first-heat and qualification results to determine the final rankings. She now has three podium finishes from six World Cup races and has yet to finish outside the top five.

"I'm definitely skiing with a lot of confidence," Thompson said of her consistency this season. "I keep going back to this, but I really trained hard this summer and I'm glad it's still paying off. I'm just sticking to my own plan and it's really working for me."

Danielle Sundquist was the next-best Canadian, winning the small final to place fifth. Georgia Simmerling finished seventh while Kelsey Serwa did not race.

In the men's event, Duncan finished second to teammate Brady Leman in his Friday semifinal before placing third in the final. Leman finished fourth, while U.S. skier John Teller took the victory and Sweden's Victor Oehling Norberg was the runner-up.

The back-to-back races at Val Thorens were the last opportunity for ski cross racers to qualify for Canada's Olympic team. Thompson, Serwa, Duncan and Leman are all guaranteed spots in Sochi, while Del Bosco's chances are looking solid and Simmerling remains in the mix for a berth as well. The official team announcement will take place in Vancouver on Jan. 27.