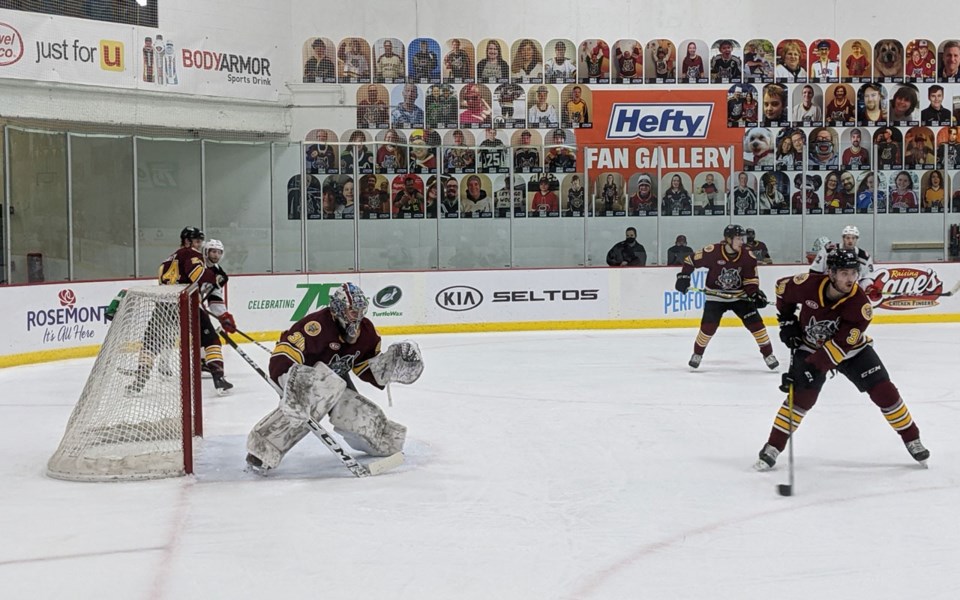 Beck Warm was victorious in his professional debut.

The Whistler goaltender won a battle of the Sea to Sky in his first American Hockey League game on Feb. 11, helping the Chicago Wolves down Squamish’s Jarid Lukosevicius and the Grand Rapids Griffins 4-2.

Warm turned aside 36 of 38 shots to earn the win, earning the game's second star and credit from Wolves head coach Ryan Warsofsky.

“Great feet, finds pucks, made some big saves when we needed him to,” Warsofsky told the team’s website. “His rebound control was really good. I liked Beck tonight. He was really good for a guy who had a late start to camp.”

Warm, 21, spent the previous four seasons in the Western Hockey League, primarily with the Tri-City Americans before a midseason trade to the Edmonton Oil Kings last year. He compiled a 71-56-13 record with a .908 save percentage and 3.15 goals against average.