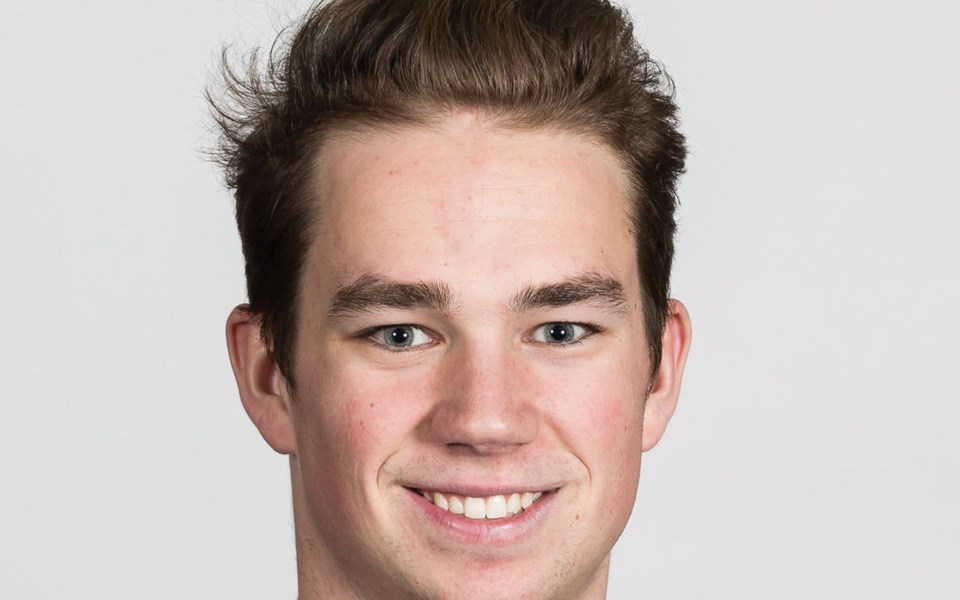 Whistler's first confirmed Olympian will also, likely, end up being one of its youngest.

The Whistlerite, who turned 19 on Dec. 22, was one of eight Canadian lugers named to the national team that will compete in PyeongChang, South Korea in February. Joining him on the men's team are Sam Edney and Mitchel Malyk, while the women's team features Kim McRae, Alex Gough and Brooke Apshkrum. The doubles team of Tristan Walker and Justin Snith will also be going.

With this being Edney's last Games, Watts was certainly on track as a frontrunner to represent Canada in 2022 in Beijing, but after pushing himself hard in recent seasons, Watts earned himself the chance to bump up his Olympic debut a full four years.

"I'm really happy. It's a good feeling now that it's official after having this goal two years ago," Watts said.

After taking 25th in Lake Placid, N.Y. to cap the first half of the 2018 Viessmann FIL World Cup season, Watts calculated that he had enough points to crack the team, but was relieved to get the official word. Watts had a tough start to the season as he narrowly missed out on qualifying for the first two World Cup races at Igls and Winterberg in the Nation's Cup competitions. However, a return to Calgary earlier this month followed by the Lake Placid race were a bounce-back for the first Whistler Sliding Centre legacy baby to crack the Olympics.

"It wasn't the start to my season that I wanted, but it was enough. I had two pretty good races (after those), so I'm happy," he said.

After cracking six World Cup races in 2016-17, Watts said that because this is an Olympic year, 2017-18 is a more challenging one than others.

"This year's men's field is stacked, to say the least," he said. "Everyone's always out there pushing because it's the Olympic Games and it's such a big step up. It's a tough field. I'm definitely feeling a lot more comfortable in the field, but in the first two races, I had some unlucky start draws and some bad luck with the weather, it definitely set me back a bit.

"The last two back in North America, tracks I was comfortable at, I got back to where I wanted to be."

In the qualifiers in Europe, both of Watts' misses were by just a hair, which friendlier race factors could have changed.

"With me being 20th off, that's 20 minutes that the track is deteriorating so heavily, and especially in the conditions, there was not too much hope," he said. "Sometimes there's nothing you can do. Weather's just a factor of the sport, too."

But in addition to the weather improving, once he was back on this side of the ocean, Watts said some familiarity was a major help in boosting his performance.

The New York race, meanwhile, was a freezing one with temperatures dipping to minus-20.

Watts will resume his World Cup season in Königssee, Germany on Jan. 6 and 7 and didn't have any specific goals for the Olympics at this point — only that he hoped to continue his progression when he heads back to Europe and then go further east to the Games on a roll in the four races beforehand.

One other X-factor is that the PyeongChang track is a new one, most sliders at the Games won't have much more experience with it than he does, which could end up being an equalizer.

Watts posted a 21st at the PyeongChang World Cup race last year and felt comfortable at the training week held there earlier this season.

"I've really been able to solidify (my runs) so I just want to carry that and bring that confidence with me to the Games," he said.

Though this is, of course, his first senior Games, Watts has Olympic experience after taking bronze at the Youth Olympics in Lillehammer, Norway in 2015.

He expects that experience will help him adjust to the Olympic atmosphere.

"The Youth Olympic Games were definitely a good warm-up progression for what I should be expecting at the Olympic Games with the whole athletes' village, the whole Olympic atmosphere, how things work, how it's a whole lot more complicated and just a big deal," he said.