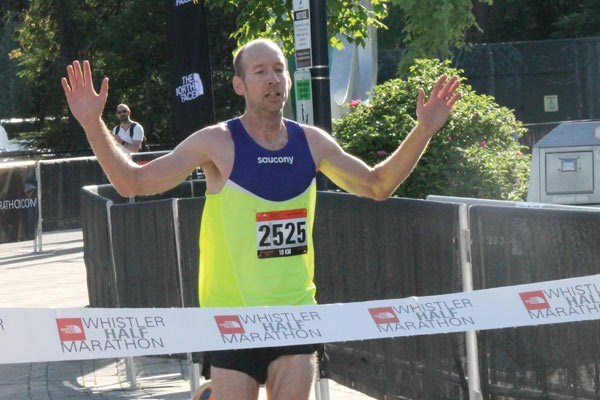 Big numbers The North Face Whistler Half Marathon will welcome over 2,000 competitors to its June 3 event. File photo

Some change has been good as The North Face Whistler Half Marathon is reaping the benefits of its alterations.

The event, entering its seventh year, changed its course and added a new, longer distance in advance of the race on Saturday, June 3.

Race director Dave Clark said the race now has its highest number of registrants ever, cracking the 2,000 mark shortly before the online registration closed on Tuesday night.

"Registration was super strong," he said. "It's a really positive thing that a lot of people wanted to come and run."

Adding a longer 30-kilometre distance created space for more runners to enter, and Clark said they've responded, with well over the initial goal of 100 runners pledging to hit the starting line this weekend. Clark said 130 had already registered. The half-marathon and 10-km distances are full, and late registration for the five- and 30-km races, as well as the kids' race, will be open on Friday from 1 to 10 p.m. at Whistler Olympic Plaza.

To find 30 kilometres of interesting distance, Clark said plotting the route through Lost Lake Park for the first time just made sense.

"The running experience is going to go to the next level this year with the whole inclusion of Lost Lake Park," Clark said.

In addition to the race itself, Clark has tried to make it more of an all-encompassing weekend.

The night before the race, there will be a choose-your-own-adventure run starting from the PassivHaus at 6:30 p.m. At roughly five kilometres, the run is designed to be a fun warm-up without being so intensive it drains a runner for the main event.

"We're keeping the particular courses secret and at one point, you'll make a decision if you want to go on a green course, a blue course or a black course," he said. "Green will be on a crushed-gravel road, blue will be on crushed gravel like the Tin Pants trail and the more technical one will be the mountain-bike singletrack trails."

As well, on Saturday night at 8 p.m., there will be a film festival featuring nearly a dozen running movies from all over the world at The North Face location in Whistler Village. "It's a real good variety of inspirational running films," Clark said.

Admission is by donation to Crohn's and Colitis Canada (CCC).

As well, $5 from every race registration goes toward CCC, while runners also collect money for the cause. Clark said over $20,000 had been raised at press time, with the goal of pushing that number over $25,000 in sight.

Clark also thanked the volunteers and the community at large for cheering on the runners and adapting to road closures as part of the event.