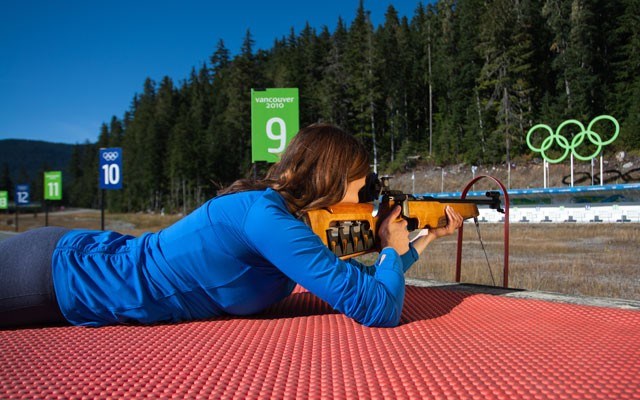 Though Tough Mudder participants and fans will get a sneak peek at Whistler Olympic Park this weekend, the general public will have to wait a week for the park to officially reopen for summer programming.

The park will be back in action beginning June 27 at 10 a.m., remaining open until 4:30 p.m. The final day of summer programming is slated for Sept. 6.

The park entry fee is $5 per carload to help support winter programming. However, each car will be given a $5-off coupon to try summer biathlon in the park. Pre-registration is not necessary and those looking to participate can get set up at the Snack Shack. Summer biathlon is offered for those eight years of age and up.

There are also several hiking trails around the park with three routes with differing levels of difficulty. The park has introduced an orienteering aspect where hikers can pick up an "orienteering passport" prior to starting. After punching the passport at each different station, a route that will take them past the sport stadiums used in the 2010 Winter Olympic Games, First Nations artwork and to the top of the ski jump area, participants will receive a prize.

In addition to Tough Mudder, the park will also host major events like the Red Bull 400 on July 19, and the Whistler Summer Biathlon Championships from Sept. 25 to 27. It is also part of the route for Ironman Canada on July 26.

The three-loop race will start and end at the community barn, with racing beginning at 11 a.m.

Participants can opt to do one, two or all three loops, which have approximate distances of nine, five and 10 kilometres, respectively. A two-loop and three-loop relay will also be offered.

Those looking to sign up can do so at www.barnburnertriple.com. Course maps are also available on the website.