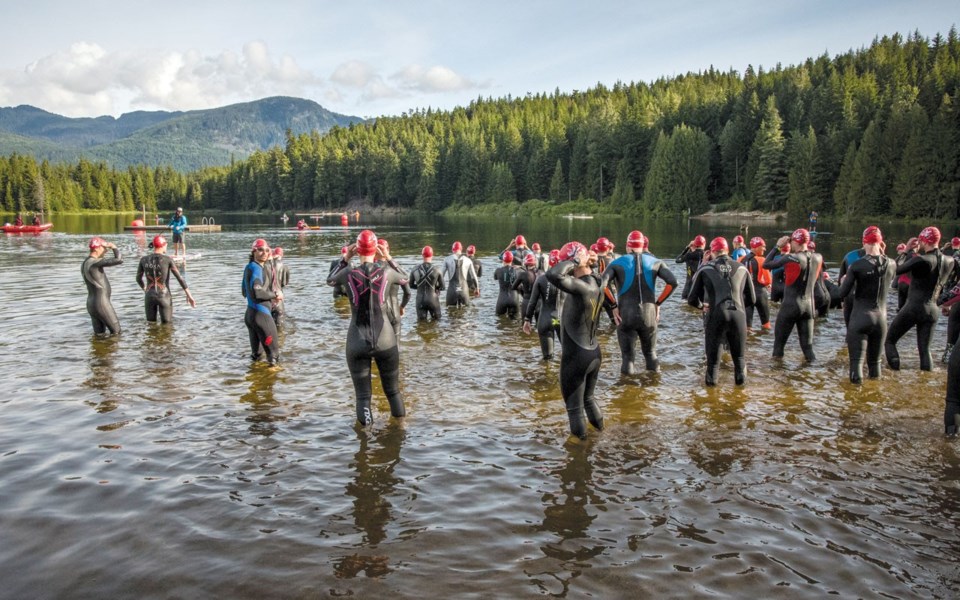 The Whistler X Triathlon will return for its second running on June 14, 2020. Photo by Scott Robarts

IN JUST ITS second running, the Whistler X Triathlon will serve as a stepping stone to the international level.

Triathlon BC recently announced that the race, set for June 14, 2020, would be an age-group qualifier for the 2021 ITU Cross World Championships in Townsville, Australia.

Race director Dale Tiessen explained that with all four off-road triathlons in the province interested in serving as the qualifier, they decided to determine a rotation amongst themselves to take on the role. This year will be Whistler's opportunity.

"The four off-road triathlons in British Columbia have decided that we should share that privilege of the application rather than competing against each other. That informally means that it will move around each year," Tiessen said.

Tiessen said the cooperation bodes well for all four of the event, which also include races in Squamish, Cumberland and Victoria, but should provide a boost to Whistler's sophomore contest.

"The combination of us being more united in terms of promotion of all of our events across British Columbia in combination with Whistler being a world qualifier event is going to likely increase interest," he said. "We had a lot of Sea to Sky residents racing last year. I think with being a world qualifier event, we'll see more participants potentially from Vancouver, the Lower Mainland, the Interior and northern B.C. who are coming to try to get those qualifying spots."

Tiessen said he worked with the Resort Municipality of Whistler and other stakeholders to determine that the maximum capacity for the race is 300 participants. With just over 180 taking part in the inaugural event last year, he said there's space to fill the potential increased demand in 2020.

Triathlon BC executive director Allan Prazsky said the current transition towards off-road began only recently, with Squamish converting its traditional triathlon to off-road in 2017. While he was initially wary, it was a success from the get-go.

"They transitioned to off-road and boom, it started selling out," he said. "In that moment, I thought, 'Hmm, they might be onto something.'"

With the quartet of races in the province, Prazsky is more than fine with granting them the autonomy to decide on who hosts the qualifier with one another.

"They all put their hand up, but in the interest of being democratic, they all had a discussion and the qualifying process went to Whistler," he said. "From my understanding, the qualifier will travel around the province."

Additionally, Prazsky said that Triathlon BC is set to launch a cross-triathlon series for the 2020 campaign, allowing racers to gain points at each of the four contests in search of a provincial championship. With traditional triathlon facing challenges from host venues with regard to road closures, the future may very well be in off-road events.

"There's a lot of potential given the already-high interest rates in mountain biking," he said. "With the off-road component, I think there's a little more flexibility there, and sustainability as well."

As well, since the majority of participants in off-road triathlons tend to be locals, there is an untapped tourism component that Triathlon BC will look to tap, noting that the organization in working with American triathlon website DirtTRI.com to give the sport a boost.

Another shot in the arm could be coming shortly, as Prazsky added that Triathlon BC is aiming to bring the national cross championships to Whistler in 2021.

Meanwhile, Tiessen expects this year's Whistler X Triathlon course to provide a challenge for participants, and those who qualify for worlds will be well served.

"The resounding feedback that we got from the course was that it was very Whistler appropriate. That was the term a couple people used. It's actually very challenging compared to international standards for off-road triathlon and I think that's just indicative of the terrain and the trails and the fact that it's Whistler," he said, noting Squamish's race receives similar feedback. "We want a technical, challenging event for participants. I'd rather that than offering a course that has an off-road run that's simply a gravel path."