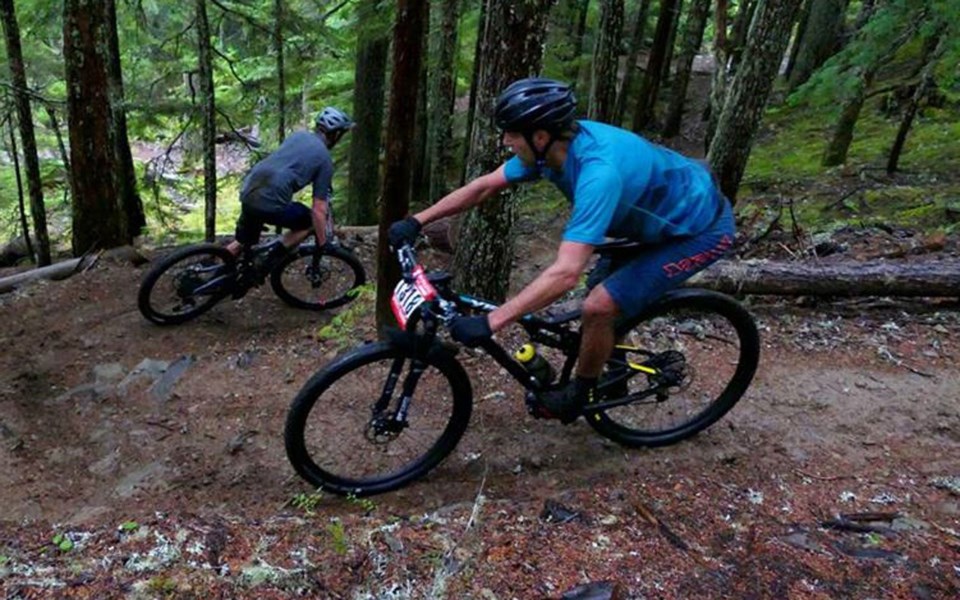 The Westside Wheel-Up is alive and kicking.

Organizer Benoit Reneault said in his second year of planning the event after taking over from long-time producer Phil Chew, things are going smoothly.

"We have all our things aligned with permits and sponsors and the course. We're pretty much ready," he said.

While the goal is to break the 150-racer mark, Reneault acknowledges that being an end-of-season race with unpredictable weather makes it occasionally difficult to hit that on a cool or wet day.

"Our goal is always to reach 150, but we usually range between 100 and 150. Because it's later in the month, it'll probably be between 100 and 125," he said. "We did lots of marketing and social media, so hopefully that will bring a bit more exposure to it."

Sign-in begins at 11:30 a.m. at the bottom of AC/DC while an après at Rainbow Park will follow. Registration is $20, payable at sign-in. Riders must possess a Whistler Off-Road Cycling Association membership, with one-day memberships available for $25.

For more information, check out www.worca.com.

The local ski-cross racer and 2014 Olympic champion recovered from a trying 2017-18 season to take a win among five podium appearances on the FIS World Cup circuit last season. She also won gold at the World Ski Championships in Utah in February.

For her efforts, she received the Female Athlete of the Year for Winter Sport Performance at the 42nd Canadian Sport Awards in Toronto.

Thompson was not able to attend the ceremony, but still made a statement through Alpine Canada.

"Becoming World Champion has been a goal of mine for a long time so to realize that goal this season was amazing. It feels great to have my accomplishments acknowledged outside of Ski Cross and by other Team Canada athletes. Thank you to everyone who voted, it means a lot to have the support of my peers. I'm honoured to be recognized," Thompson said in a release.

Whistler's Michael Murdoch was the top finisher in the 10-kilometre Rotary Brandywine Boogie on Sept. 21.

Murdoch crossed the line ahead of Chris Bowen and Eric Young to win the men's event.

In the women's race, Jodie Hands was the top finisher while she placed third overall. Emma Saarel and Amy Hendel rounded out the podium.

The second edition of the Get Dat Dough skateboarding competition is coming back to the Whistler Skate Park this weekend.

The competition, running on Sunday, Sept. 29 from 1 to 4 p.m., is free to enter and is offering $500 in cash and prizes for the top performers.

Boarders can compete in the open men's, open women's, or kids (under-13) categories.