Tonight's WORCA Toonie ride (Sept. 5) is the second-last event of the season, with a loop of Rick's Roost, Cat Scratch Fever, Mandatory Suicide, Get Over It and Rebob sponsored by the Aava Hotel and new Canada House Restaurant.
Sep 4, 2013 9:00 PM By: Andrew Mitchell 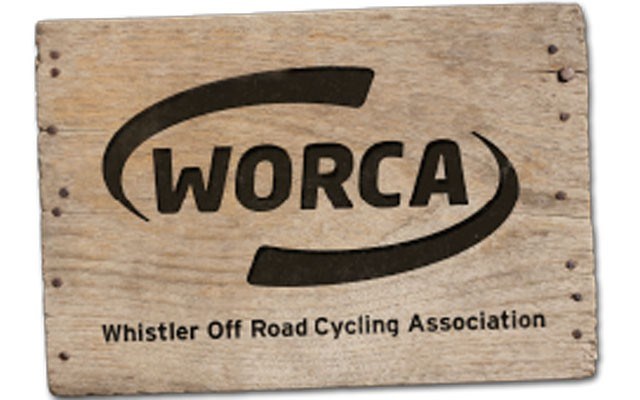 Tonight's WORCA Toonie ride (Sept. 5) is the second-last event of the season, with a loop of Rick's Roost, Cat Scratch Fever, Mandatory Suicide, Get Over It and Rebob sponsored by the Aava Hotel and new Canada House Restaurant. Canada House will also be hosting the post-race afterparty.

The final event on the calendar is the Sept. 12 race hosted by Slopeside Supply. Slopeside will be hosting its annual time trial race, with the first riders leaving at 6 p.m. to make up for the darker evenings. The course includes Lost Lake, Green Lake Loop Hydro Cut, Sea to Sky Trail and Lost. The last race is also sponsored by Scandinave Spa, so bring your bathing suit.

There is also one more event on the schedule, the annual Halloween Toonie Ride. This year the race actually takes place on Halloween. The course will be in the Cheakamus Crossing area, with an after party at Whistler Brewing.

In other WORCA news, the third WORCA-hosted enduro race of the season (including The Beast and Battle for Bond) will take place on Sept. 21. Billed as the Whistler Westside Funduro, the course won't be named until the day of the race — although organizers have said that all four major climbs up the mid-Flank and Alpine Flank trail will be in use. As a bonus to climbers, anyone who clears one these challenging climbs will get a one-minute time bonus for each successful climb — Function Junction to mid-flank, Stonebridge to Flank, 27 switchbacks (called Alpe d'Huez) and Rick's Roost. The cost is $30 to take part, and the race is limited to 100 riders.

The Sea to Sky Football team is recruiting players for the upcoming season, with teams playing in the North Shore Football League through the fall months.

The Whistler Saints flag football team is for boys and girls aged six to nine, and is non-contact. Teams play on a shorter field with nine players on the field at any given time. The cost is $80 and practices are Tuesday and Thursday from 4 p.m. to 5:30 p.m. at Spring Creek Community School.

The Broncos peewee team is for kids aged 10 and 11, and Titans minor team for kids 12 and 13. Both are full equipment, full contact leagues with 11 players on the field and modified NFL rules. Team practices will be Tuesday and Thursday at Spring Creek and Howe Sound Secondary. The cost is $250 for the season, with all equipment provided. To register, visit www.gslfootball.ca.

Back by popular demand, the Strut Your Stuff fall registration fair will take place on Thursday, Sept. 5 at Myrtle Philip Community School from 5 p.m. to 8 p.m. Most of the major sports organizations will be there to take registration for the upcoming season — ski programs, hockey, gymnastics, dance, skating and more — as well as groups offering arts and culture activities.

There will be a gear trade-in and swap and displays from groups taking part.

As well as registrations, KidSport Whistler will also be at the event with grant applications and more information for parents. In its 17th year, KidSport provides grants to low-income families to help their kids enroll in sports — a concept that started in Whistler and has been embraced in 35 communities around B.C.

September 14 — West Side Wheel Up — This is a fun mountain bike race that includes some of the best singletrack on Whistler's west side, including Beaver Pond, Danimal North, Whip Me Snip Me, Bob's ReBob, Get Over It, a little bit of Emerald Trail and all of A River Runs Through It.

This is the 20th anniversary of the ride, and as always all of the funds raised go to support the B.C. Para-Alpine Ski Team, and has supported numerous members of the current national team in the past on the road to the Paralympics.

The event is $25 and registration is from 10 a.m. to noon at Whistler Brewing in Function Junction. The cost of entry includes food and refreshments at the after party, plus a ticket to the famous prize draw. The top prize, as always, is a Whistler Blackcomb seasons pass, with other prizes available including hotel stays, meals, gear and more.

In terms of length the ride is about a Toonie Ride and a half, with the fastest racers finishing in just over an hour, and most riders finishing under two hours.

September 29 — Whistler Spirit Run presented by RioTinto Alcan — This is a fun, traditional cross-country race that takes place at Whistler Olympic Park. The event was created in honour of legendary track coach Frank Reynolds, as well as a way to build spirit before the 2010 Olympic Winter Games. Proceeds from the event provide grants to top-level B.C. runners with the goal of developing high performance athletes.

There's a family 1km fun run at 2 p.m. for younger kids and families, and a 4x2km relay with corporate, club and family divisions at 2:30 p.m.

September 29 — Rubble Creek Classic — This is a 24km trail run that starts at the Cheakamus Lake parking area, ascends the Helm Creek Trail to the cinder flats behind Black Tusk, crosses over into the Taylor Meadows and eventually descends about 10km on the Rubble Creek trail. More details and registration are available at EscapeRoute.ca.