A Comedy of Errors: Part IV

So, if you've paid any attention over the past three weeks - and I'd like to personally thank both of you who have - you have at least a passing grasp of the difference between condo hotels and real hotels. Congratulations.
Sep 3, 2010 6:51 AM By: G.D. Maxwell 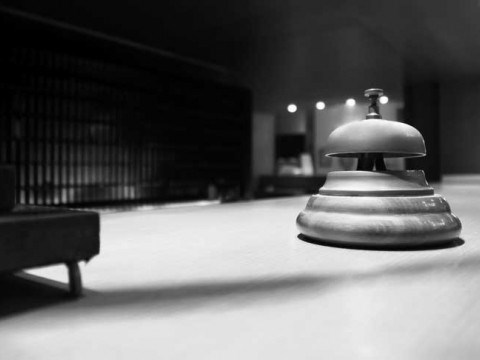 So, if you've paid any attention over the past three weeks - and I'd like to personally thank both of you who have - you have at least a passing grasp of the difference between condo hotels and real hotels. Congratulations. This is considerably more than some local hoteliers, and their murky ownership structure, had back in the mid-1990s.

The Comedy of Errors began when they, and there's no reason to get into personalities here, began to bleat like sheep about an unlevel playing field. Just as an aside, whenever a businessperson cries about leveling the playing field, what he's really saying is, "tilt the damn thing in my favour." They protested to the province that condo hotels had an advantage because the individual strata-title owners paid residential taxes. Blinded by dollar signs - and perhaps the "influence" of lobbyists - the provincial tax assessment authorities agreed and, presto, suddenly the suckers who'd bought condos were reassessed at commercial rates and began paying twice as much tax.

Of course, the RMOW reaped a windfall in their property taxes when that happened. Oddly, they didn't protest that change.

But the condo owners did. It was the final straw.

They banded together, overcoming one of their inherent weaknesses: isolation. They appealed the assessment. They lost. But in losing, language was employed suggesting the concept of "commercial" rested on the fact that one management company "ran" the property like a hotel. It was stated that if a certain percentage of the owners weren't managed by that company, the whole commercial tax classification would fall apart.

Having already made one foolish decision, the condo owners weren't anxious to make another. Thus begat the proliferation of equally over-priced property management companies. By opting out of the existing management contract and going with another company, owners could successfully get their taxes rolled back into the residential class.

Problem was, the front desk at most properties was its own strata, often retained by the developer because it was a highly-coveted, not to mention lucrative, piece of property. Not surprisingly, self-interest being the only kind of interest many people are capable of, the property management company who leased the front desk wasn't willing to share the space with other property management companies. So what's an unsuspecting guest to do? Where does she check in when the suite she rented by phone or otherwise doesn't have a front desk presence on the property?

Fast forward to more recent times. The province more or less reversed itself a few years back and reclassified most of the condo hotels back to residential. The muni took a $2.4-million hit, as memory serves, and all our property taxes shot up to shore up the shortfall. Inadvertently, the concept of multiple property managers at each condo hotel became enshrined not just in practice, but in the tax code itself. And the ugly reality of mercilessly confused guests trying to check in became increasingly well known.

But if the muni has any hope of succeeding - and it's in all our best interests they do - several things will have to change. The province has already shot down the idea of a blended tax classification that recognizes resort-centred condo hotels as neither fish nor foul, a classification that would tax them somewhere between residential and commercial.

But if we're ever to resolve the many managers dilemma, the least the province can do is lift the penalty and make it possible for owners to employ a single manager for a stand-alone property without being whacked at tax time. The muni's already proven - okay, strongly hinted - they can adjust their budgets to reflect current tax realities; all they need is some comfort things won't suddenly change again.

And the hotel owners would have to begin to understand the vast difference between what they own and what condo owners own and refrain from complaining. Which is, admittedly, a bit like asking farmers to chill about the weather.

But most of all - and easiest of all - property managers need to learn to play together like good little boys and girls. Most of this mess could be solved if they'd share front-desk facilities. It would help as well if there were actually some barriers to entry, or minimum standards, for people ordering business cards and calling themselves property managers but that's another battle.

The one thing that absolutely shouldn't happen is for this to fall onerously on the shoulders of the poor saps who own the condos. They've already been bruised enough. If we make such ownership even less appealing, the likely outcome will be to damage the secondary market - the ability for condo owners to finally get out from under their slice of the dream by selling on to someone else with stars in their eyes. If that happens, their collective willingness to maintain, let alone upgrade, their units will be further diminished and Whistler can't afford to be thought of as a place with junky accommodation... that's really hard to check into.

That would really be a comedy of errors.

Special callout : If you missed it yesterday, you have three more days - assuming you picked up a Pique on Thursday like you're supposed to - to catch this year's Blank Slate Theatre Festival. Done on a shoestring and an actor's burning desire to bring live theatre to Whistler, artistic director Lilli Clark is presenting two plays at the Squamish Lil'Wat Cultural Centre, Sept. 1-4.

Almost an Evening is actually a hat trick of short plays penned by Ethan Coen, an entertainingly twisted creative mind if ever there was one. Better known for the movies he writes and makes with brother Joel, Coen's work is always, well, exactly what you needed even if you didn't know you needed it.

The Big Oops is a one-woman show about a children's entertainer who unexpectedly finds herself in a pre-child dilemma: knocked up. Oops indeed.

Both shows run nightly and are cheap enough they almost define "starving actor" - $20 each or both for $35. So if you're one of those people who are always talking about boosting Whistler's arts and culture quotient, and you know who you are, it's time to walk the talk. Be entertained; be supportive.