A memo to Dave Brownlie, President of Revelstoke Mountain Resort 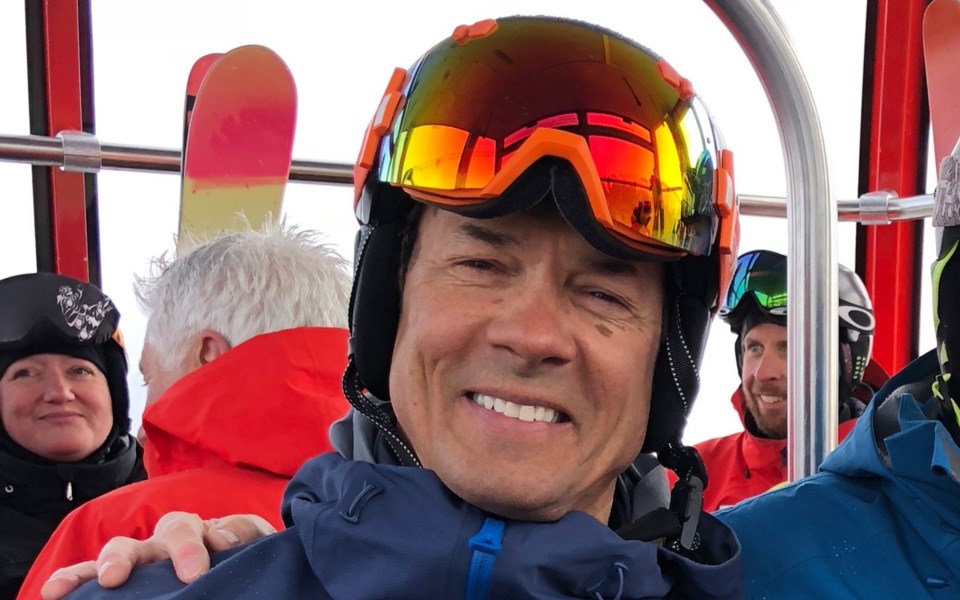 Just wanted to say, Dave, I miss you. Wow, that was easier than I thought it would be. I'm sure this comes as something of a surprise to you. After all, back in the day when we both worked for Blackcomb and then Whistler Blackcomb, we had our disagreements. But, as they say, let bygones be bygones. The fact is, as much as I used to argue with you about ... well, let's not get into all the things we used to disagree about. That's not what this memo is about.

I probably never told you this story but shortly after I went to work selling tickets at Blackcomb, Whistler installed the Harmony chairlift. I was pretty keen to ride it, having more than once made the long trek from Peak Chair back into Harmony Bowl, but since I was only working part time I only had a Blackcomb pass. So I jumped at the chance to volunteer as a gatekeeper for the Peak to Valley race on Whistler that winter. My two days of frozen toes got me lift tickets on Whistler for both days and another Whistler ticket to use another day.

I was stoked to finally ride Harmony. Wow! Talk about easy access: Little Whistler, the Horseshoes, Boomer, it was all there, laid out and easy-peasy to get to.

I was blathering on about how cool it was a few days later at a party at a friend's house when a guy I'd just met, a long time Whistler patroller, rolled his eyes and started lecturing me about how THAT chair was, in his humble opinion, the end of REAL skiing on Whistler Mountain. He honestly believed only pussies and dilettantes needed a chairlift to get to the terrain it opened up. Real skiers would hike out to get their turns.

Not sure what he would have thought about Symphony when it was built but that's neither here nor there.

I couldn't figure it out but over the next couple of decades I met a few more crusty old-timers who shared his views. I always wondered whether they were as pissed off when Whistler—the village, not the mountain—got stores and services that meant they didn't have to go down to Squamish to get almost anything they needed anymore.

And I promised myself I'd never get like that.

Oh, I know I was flabbergasted when you guys announced the Peak 2 Peak Gondola, but that was an admittedly selfish reaction to spending so much money for a lift that opened up zero extra terrain. And I'm willing to admit it's become a good way to get from one mountain to the other, although not as good as a rippin' ski down to the village and up again.

I guess why I miss you, Dave, is this— no matter how penurious you were about, for example, sending workerbees home to save a few bucks when things slowed down during the day, notwithstanding you'd get all that money back at the bars, retail stores and on the mountains, you understood that first and foremost, a ski resort lived and died on good operations and customer service. I'm guessing that was, at least in part, a lesson learned from years working with Hugh Smythe but regardless you got it.

I'm not so sure our current owners do.

Fact is, operations have been—what's the nicest way to phrase this—challenging (?) this season. Getting lifts opened and keeping them running has seemed to be a harder task than ever before ... and that includes the first few months of the Symphony lift. I'm still scared to ride the new Breakdown Gondola and only rode it partway up yesterday to keep a two-year-old from melting down. We made it. I went out and bought a lottery ticket afterwards.

Grooming has seemed to be another challenge. I heard a funny story about how current management decided not to call the groomers to work until there was enough terrain to groom to make it worthwhile. I know the mountain used to have 'em working right away because you knew they'd be around when you needed them the most. I hear a number of them decided it might be a good idea to get other jobs. So when the snow came, with a vengeance, the mountain was left with a number of vehicle-maintenance folks to drive groomers. Normally, I don't put much stock in stories like that. But this one was told by one of those vehicle-maintenance folks so ...

The long and short of it is there are about a dozen rookie groomers this year. Wow. I remember when grooming was a lifelong job and someone had to die before there was an opening.

Anyway, we both know grooming isn't as easy as it looks. The learning curve is long, not steep. And it is getting better. The grooming on Tokum the other day was textbook perfect. But what used to be Harmony Piste seems to have been reduced to a single swath, much like Crystal Traverse was a few weeks ago. Normally I wouldn't care but so far this season I've been skiing a lot of groomers, rehabbing an ankle. What an eye-opener.

As you well know, Dave, big, splashy capital improvements might lure people to come. But operations and service keep them coming back. You can only ohh-ahh at a fancy new gondola when it runs, not when you're standing at the bottom for two hours waiting for it to start running. A Sixer on Green can move as many people as possible but if they're falling ass over teakettle because of blade digs and grooming ridges, they're going to be way less impressed.

Now I know you're pretty busy with the grow-op and taking Revy to the next level and all, but maybe there's a little consulting gig opportunity for you. After all, I'm a bit skeptical the touted "reimagining" the guest experience by making it easier to get their overpriced tickets Vail Resorts announced recently is really the kind of thing that's going to gloss over the other current deficits. And Emma is ... never mind.

Don't get me wrong, Dave, I'm still a big cheerleader for this place. We survived Pirate and Fortress and we'll survive this. Vail Resorts will get its act together. And as I've often written, I'll be happy to skin up and ski these mountains if it comes to that. And this season ... well, let's just say I've been packing skins in my knapsack pretty regularly. And that's just to ski in-bounds!

In closing, Dave, I'll say it again—I miss you. No, really. Seriously.

MAXED OUT: An age-old debate for today
Oct 8, 2020 7:00 AM
Comments
We welcome your feedback and encourage you to share your thoughts. We ask that you be respectful of others and their points of view, refrain from personal attacks and stay on topic. To learn about our commenting policies and how we moderate, please read our Community Guidelines.