Action will speak louder than words 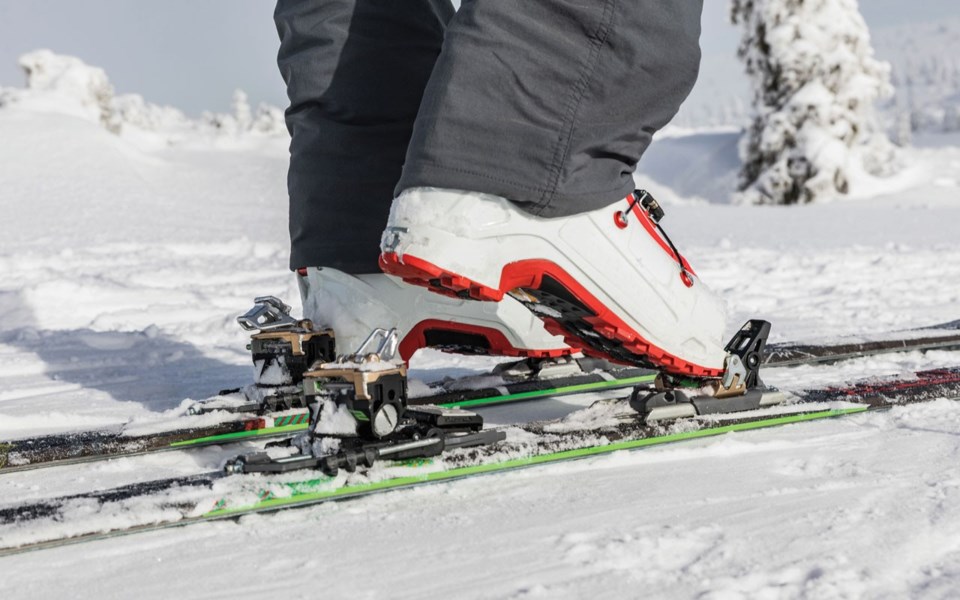 You know the nearer your destination

The more you're slip slidin' away

I went skiing in Europe earlier this year. Austria and Switzerland. I'd never skied in either country or elsewhere in Europe. Other than certain nationalities that have a reputation for not understanding the mechanics of queues at chairlifts, I didn't know what to expect.

Well, that's not exactly true. I knew the food would be varied, good and not controlled by whoever owned the ski hill. I wasn't disappointed. Everything was delicious. It all seemed to be made on the spot. Nothing I ordered had ever seen the inside of a Sysco truck or whatever the European equivalent of Sysco is, assuming there is one.

Some of the restaurants were scattered around the mountains. I think they had burgers but I never spotted anyone eating one. There were lots of people eating sausages and schnitzel, there were groups sharing fondue, there were pastries of ethereal quality and agonizing variety.

Some of the places we ate were tucked so far into the backcountry they weren't really restaurants at all, just farms that managed to shoehorn a dozen or two seats into an outbuilding. Their menus were small but their food was yummy and homemade. And more than once we had to pass multiple large fruit strudels cooling on tables outside the entrance, tempting us to order light lunch, big dessert.

There were installations of automated avalanche control mechanisms. Snowmaking was largely automated too. There were no validators, no lifties and other than ticket sellers at the bases, nothing that resembled local guest-relations offices. Ski schools were private operations.

And don't get me started on the chairlifts. They were amazing. Six packs with sports car seats. Heated! And people seemed to understand how to organize themselves to successfully load them without the gong show I've come to expect! In two weeks of skiing every day I experienced a total of two chairlift stoppages, neither long enough to do more than begin a conversation about how unusually rare being stopped on a chairlift seemed.

But the one thing I saw that really impressed me was the number of people skinning up the mountains. Every mountain we skied—and our lift tickets covered hundreds of mountains, yes, hundreds—I saw a handful of people skinning up to the top. They weren't there to poach lifts, which, of course, wasn't possible since the gates at each lift were RFID controlled. They skinned up because that was part of their day's ritual exercise. Skin up, have a schnapps, maybe some lunch, talk to friends, ski down. Go home.

Of course, there was the inevitable carnage when skinners got run into by skiers going down the runs they were coming up. Just kidding. There wasn't. Ever. OK, maybe sometimes but no one I talked to about it could remember when and they looked at me like I was asking them a weird question they maybe didn't understand.

It was not only ordinary to see people skinning up while others skied down, it was expected. Yawn, nothing to see here, folks.

So I understand the frustration expressed by Backcountry BC in last week's Pique with the slower-than-glacial pace of Whistler Blackcomb manning up to their commitment to provide year-round, non-motorized public access to Garibaldi Provincial Park as required by their lease agreement with the province.

But I think their route of choice is a non-starter.

Leaving from Base 2, they propose skinning up Gondola Road and Sunset Boulevard to the bottom of Seventh Heaven. From there, presumably, it's just a short jaunt along the far skiers' left route to Decker Ridge.

There are several problems with this route. Gondola Road. No problem. Sunset Boulevard. Big problems. Sunset is a narrow green run that, if you're not familiar with it, gradually winds its way down from the bottom of Seventh chairlift back to what used to be the base of Solar Coaster. It suffers from stretches with little pitch, encouraging people to pick up and hold whatever speed they have. These are, of course, followed by stretches with more pitch, requiring novice skiers—green run, remember—to do what they can to slow down. Sometimes there's not much they can do because there are also not infrequently icy patches.

All this is exacerbated by several factors that would cause danger if they unexpectedly met someone skinning uphill. On skiers' right there's an uphill slope. On skiers' left, a dropoff. Did I mention it's a narrow run? To further exacerbate things, there are people trying to pass the people who want to go slow and don't have a lot of skill and who wished they hadn't taken this route just because it's a green run.

I don't know who would come out worse in an uphill/downhill collision but I would rather be a witness than a participant.

That having been said, I would enjoy skinning up to the top of Blackcomb or Whistler and skiing down. Yeah, I can pop out of bounds and skin to my heart's content. Yeah, I have a season pass. That's not the point. There are times I'm not particularly interested in heading into the slackcountry but would enjoy the lung sear of skinning up. Let's face it, at a certain level of proficiency, yo-yoing lifts really isn't that taxing. I can't imagine better, more aesthetic cardio than skinning up and skiing down.

Before RFID, WB was paranoid, obsessed even, with keeping people from doing that because they were sure they'd spend the rest of the day poaching chairs. Since that isn't a concern any more they're pretty much left with safety to fall back on. While I appreciate the frequency of insane skiers and boarders everyone sees every day on every run on the mountains, I'd have less trouble believing safety was the main concern if I didn't know WB's lacklustre record when it comes to putting their money—and efforts—where their mouths are on that subject. But that's a different column.

It's a cozy relationship between WB and the province. Being committed to "looking at options" seems to be all the effort required to meet the commitment. Actually presenting some options appears to be a step further than either WB or the province requires. The unwillingness of WB through successive ownership—this has been going on for almost four decades—to actually do more than look at options has driven Backcountry BC to consider what amounts to civil disobedience: planning to take the castle, er, backcountry, by storm.

While I don't think that's the best strategy, I can understand their frustration.

So what do you say? Can we move beyond looking?