Always good to have a Plan B

In 1959, Hollywood, which is to say the centre of the English film universe, produced films that made people wonder about the condition of said universe.
Jun 20, 2019 12:30 AM By: G.D. Maxwell 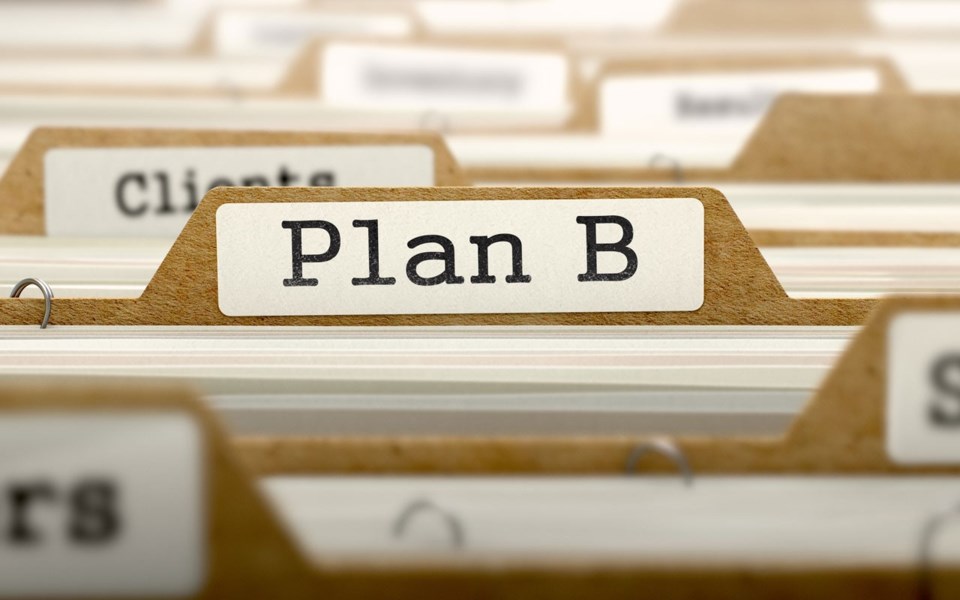 In 1959, Hollywood, which is to say the centre of the English film universe, produced films that made people wonder about the condition of said universe. For every award-winning film like Ben-Hur, there were more than a few Attack of the Giant Leeches, Island of Lost Women, and Teenagers From Outer Space.

Tangent Alert: I can't mention Ben-Hur without briefly relating one of the few things I remember from high-school U.S. history. Bear with me. Ben-Hur: A Tale of The Christ, was written by Lew Wallace in 1880 while he was territorial governor of New Mexico. Since I grew up in New Mexico, I knew he was an important figure, the kind of guy they named schools after. But at my school, my U.S. history teacher was a keen Civil War buff. He explained how Major General Lew Wallace screwed the pooch by losing his way to an important battle, getting his troops mired in a swamp, causing the Union forces to fail in a pincer move that might have hastened the end of the war and was relegated to the wastelands of the far west ... where nothing much happened. Behind every great man...

Now, where was I? Oh yeah, Hollywood in 1959. Beyond the fringes of major filmmakers, beyond the B-movie lots where those other films I mentioned were cobbled together, there was the independent neighbourhood where Ed Wood, Jr., lived. In 1959, he produced a tiny, perfectly hideous film called Plan 9 From Outer Space. It included all the cheesy tricks of the pseudo sci-fi B movie genre: electric sparks, flying saucers held by a nearly invisible hand, people coming back from the dead—you know the story.

It was supposed to be called Plan B From Outer Space but the title guys couldn't read Ed's handwriting on the cover page. Ed himself was pissed off anyway because he wanted it to be called Grave Robbers From Outer Space but the money men—an association of Baptist Churches, no, I'm not making this up—were a bit uneasy about the sacrilegious overtones of the working title and made him change it. Having no real Plan B for such a screw up, Ed decided it was cheaper to go back and dub in "9" whenever an actor said "B" than it was to change the titles yet again. The rest is history. Plan 9 From Outer Space is considered the worst movie ever made. Naturally, it became a cult classic.

Sticking with the movie theme for a moment longer, there is another film, made in 1997, called Plan B. It was written, produced and directed by someone whose name I can't remember but who was clearly trying to cash in on the general angst captured so financially rewardingly in The Big Chill. He formed a production company called Puny But Loud Productions, and made this movie about a group of friends in their 20s and 30s wrestling with the fact that their lives haven't turned out as they planned. It may be the second-worst movie ever made, the only one he ever made, but it isn't the only film made bearing that title. I'll spare you a review of the rest.

Plan B—the concept, not the movie—is, of course, what sane, rational people have in mind should Plan A, their initial course of action, prove to be a loser. Many people don't have a Plan B and many who should know better refuse to have one because they believe even contemplating one undermines the success of their Plan A. Not surprisingly, quite a few of them also believe in unicorns, trickle-down economics, and the ability of kale to cure cancer.

David Cameron, formerly Prime Minister of all that is Great in Britain, not only didn't have a Plan B when he launched the country into the Brexit event horizon, he was certain he didn't need one because sane, rational people wouldn't vote to leave the European Union and push the country into the black hole beyond. That having worked out fabulously, it is reported he is now helping his old school chum, Boris Johnson, nudge the former empire the rest of the way to oblivion whenever he can get time off from his job as a greeter at Walmart.

Justin Trudeau did not have a Plan B when he decided to intervene and let his pals at SNC Lavalin off the hook for bribing their way to success. It wasn't because JT is from Quebec and that's pretty much how business is conducted in La Belle Province, it was his wide streak of hubris, the belief he could convince his ministers of the noble cause of his Plan A.

But I hesitate finding fault with his lack of foresight and adequate planning. After all, this is the guy whose Plan B, when it came to supporting the expansion of Kinder Morgan's Trans Mountain Pipeline, turned out to be buying the pipeline. As a proud Canadian, I feel $4.5 billion poorer for that move but gratified, in that uniquely Canadian way, that the executives and board members down in Texas are rubbing their hands with glee having dumped the turkey ... on the turkey.

As an aside, Justin, that's exactly the kind of thing I wouldn't be writing about you if you appoint me to the Senate. Just sayin' (See "Maxed Out," Pique, June 13).

To be fair, regardless of what you may think about the Prime Minister's plans, A, B, whatever, he gets points for simply having plans. This puts him in stark contrast to Kewpie Scheer—thanks, Jamie—who, with an election mere months away, still doesn't have any plans other than a plan to tell us what his plans are should he come up with any. Nature, it is said, abhors a vacuum; it must really hate whatever takes up space inside Kewpie's skull.

Closer to home, Vail Resorts has a Plan B to renew interest from international visitors. Not sure what exactly that is but here's hoping it may involve lifts that work and lower prices.

And the Resort Municipality of Whistler recently advised residents of Mountain View Drive their quiet cul-de-sac will no longer be a parking lot for the Skywalk trailhead. Having either rethought the impact of placing an outhouse in their neighbourhood or discovering it would cost half-a-million dollars to build an outhouse to Whistler standards, they've developed their own Plan B: making people leave their vehicles behind Meadow Park.

Their wise decision reinforces my belief in the Mosquito Theory of local action, a corollary of Margaret Mead's quip about the change that can be brought about when a small group of thoughtful, committed citizens get their act together. The theory is based on the irrefutable fact that a single mosquito has the power to destroy a good night's sleep.