America was great once

A 21-year-old , obsessed by what he considered an invasion of Texas by Hispanics, walked into a Walmart last Saturday with an automatic weapon and several hundred rounds of ammunition and killed 22 people and wounded a couple dozen more.
Aug 8, 2019 1:00 AM By: G.D. Maxwell 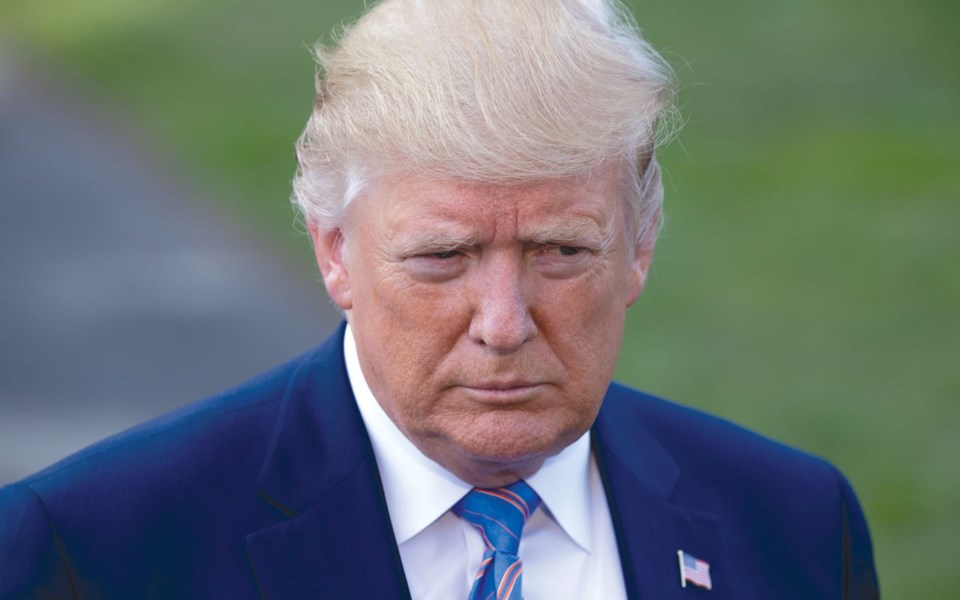 A 21-year-old, obsessed by what he considered an invasion of Texas by Hispanics, walked into a Walmart last Saturday with an automatic weapon and several hundred rounds of ammunition and killed 22 people and wounded a couple dozen more. Then he waited patiently in his car for the police to arrive and peacefully surrendered himself to them.

His language, bemoaning the Hispanic invasion, race mixing, open borders and expressing a desire for those people to go back to their own country sounded familiar, presidential even.

That he was an out and out loser is apparent from his background and his own words. He'd been unemployed after losing his grocery store bagger job five months ago. He had no motivation to work and fantasized about a software development job, assuming the eight hours a day he noodled on a computer was sufficient qualification.

But maybe he was right about the whole Hispanic invasion thing.

After all, it was Hispanics who invaded Texas in the early part of the 19th century, wasn't it? The peaceful Texians, the Old Three Hundred who followed Moses Austin to settle along the Brazos River, had prospered, notwithstanding the lack of even pioneer comforts that awaited them.

Anxious for greater numbers, in no small part to help protect their nascent civilization against the "savage" native tribes who already inhabited the area, they embraced liberal immigration policies designed to encourage people from Mexico to move to Texas. They granted significant acreage to individuals who recruited settlers from other U.S. states, Europe and Mexico.

Things didn't work out so well. Many of the immigrants ignored, opposed and even flagrantly violated Texian law. Many were criminals who enslaved others, notwithstanding the Texian law against slavery. They robbed, murdered, raped and generally acted in accordance to modern day presidential descriptions of Mexicans.

After a time, their numbers growing, they rose up in revolt against Texian rule...

Wait a minute. Something's not right. Oh hell, I was reading this all backwards.

It was the peaceful Mexicans and Spanish settlers who laid claim to the area now known as Texas a couple of centuries before there even was a United States who made the historical blunder of inviting the invasion of U.S. colonists to join them. Wow, talk about your strong argument in favour of a border wall.

It was, of course, those American settlers who defied the Mexican laws against slavery, who robbed, murdered, raped and generally carried on like the criminals some of them were and who eventually waged war and stole the land that is now the second largest U.S. state with the second largest population and the largest death-row population. Git along little doggie.

While it is undeniably true the U.S. has a mass-murder problem, with such occurrences currently running in excess of one per day, the crux of the problem, as is said over and over again by Republican politicians and the National Rifle Association, is not guns. Of course it's not; it is also not a lack of gun-packin' civilians who can blow away the bad guys as soon as they figure out who they are. The crux of the problem is Republican politicians and the NRA and other gun-rights advocacy groups.

There are only three things certain in the wake of last weekend's big shootouts in El Paso and Dayton, Ohio. The first is that nothing of consequence will come from it politically. Senate Republicans and the Pussygrabber-in-Chief will see to that, notwithstanding his painfully scripted, undoubtedly forced public statement on Monday.

The second, obviously, is this will happen again...and again...and again, as it has with numbing regularity for almost as long as we can remember. I don't know when mass shootings began in the U.S. The first I remember was the August day in 1966 when a former Marine began killing random passersby from the Main Building tower at the University of Texas, in Austin. Hmm... sounds familiar.

The third certainty is this latest round of high-profile killings will spike an increase in gun sales south of the border. Mass murders always increase gun sales. Not because people feel less secure and buy guns for protection but because gun nuts fear a crackdown on their access to those things their heart covets most. Quick, get your assault rifle while you can. Heck, get two.

Republican politicians won't allow any serious restrictions on gun sales because they're both beholden to the NRA, et. al., and because their base believes mass murder is just the cost of a free and open society with an unrestricted right to bear arms. So they create the kind of fantasy we see the President voicing. It's not the guns, it's the mentally ill people with guns and a video game fixation who kill people. This conveniently ignores the fact mentally ill people account for only about five per cent of homicides and there are lots of gamers in every country in the world. But only one country has this persnickity mass murder problem. The one with more guns floating around than people and a culture that believes in shooting first and asking questions later.

And so we have the spectacle of The Orange One, standing in front of microphones Monday, Mike Pence holding a shiv to his back, reading—likely being forced to read—a statement flashing up on the teleprompter in large print, condemning racism, bigotry and white supremacy. He read it with all the gusto one reads the long list of possible side effects on one's medication. But to his credit, he stayed on script. He didn't tangent off and say, "But there's good people on both sides," as he did when attempting to condemn white supremacists in Charlotte a couple of years ago.

You could see the bile rising in his rubby-red face. He was disrespecting his people, his core, his haters who echo his words on the Hispanic invasion. He said the words on the teleprompter but he offered no solutions, at least none that will have any chance of lessening the feedback loop of angry men turning to random murder to salve their frustration with their impotent lives.

And there is every possibility he will revert to his core and Tweet something that encourages those angry men before this column ever reaches print.

So, as my former fellow Americans ask again and again, "When will this end?" The short answer is never. And sadly, if the platoon of Democratic candidates vying for a shot at unseating him is any indication, we may watch this vilification spool out for another four years after the election in November 2020.

I weep for the America I knew and left so long ago.