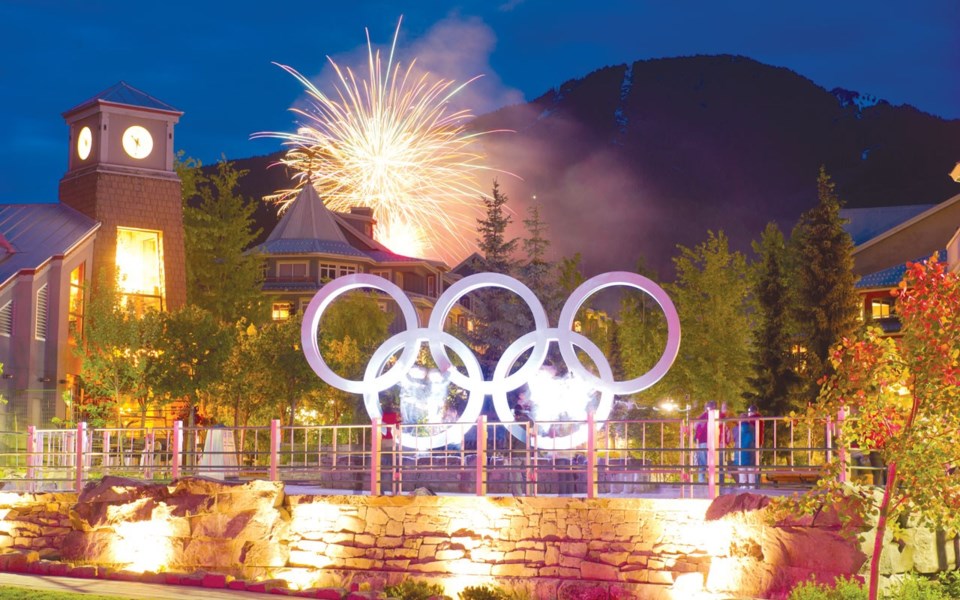 Possibly the best thing that can be said about 2019 is, "Whew!" Yeah, it was that kind of year and closing the book on the second decade of the 21st century at least gives rise to the hope the next one will be better. Then again, in 2010 it seemed as though this decade might be great. Instead we went from epic event—the Olympics™—to an Epic™ fail. Read into that what you will.

And so we come to, perhaps, the penultimate Maxie Awards, for the year gone by, recognizing achievement, underachievement, nonsense, wonderful things impossible to describe in one word. Votes—OK, vote, as in mine—have been tallied and milestones duly noted. So without further delay or comment from counsel, here we go.

MOUNTAIN DIVISION—Because our lives do revolve around them, don't they?

Best mountain improvement: Don't laugh. Having searched high and low to heed my mother's admonition to always find something good to say, I'll give the nod to Vail Resort's Epic™ ticket pricing. I said don't laugh. Yeah, I know $157 a day seemed a bit high for half a dozen runs this month but what the heck, if they book online your friends can save a whopping $30 bucks on an otherwise $179 ticket the first week in January. Hope you're happy, Mom.

Least-best mountain improvement: The continuing saga of the Breakdown Gondola. What was both infuriating and comical last season was at least somewhat understandable, given the quick build and scanty training accompanying the launch of Blackcomb's new attraction. But after a summer of testing and tweaking that seemed like a pretty Epic™ fail Sunday before Christmas.

Passing of the guard: Hard enough to think of Creekside Canski without JC, but Whistler without Bob Dufour? Whatever it is Bob does he's apparently not going to do it after this season. I feel a disruption in the Force...but the farce continues.

ALL POLITICS IS LOCAL DIVISION—Even though some of it happens outside our bubble.

How low can you go: Prime Minister Justin "Sachmo" Trudeau gave us all a Christmas present by announcing his decision to take a "lower profile" in his second term. After gaffs too numerous to mention and a squeaker of an election, it's unclear why he doesn't turn the office over to Chrystia Freeland, having given her pretty much everything else to stick handle. And Whistler Blackcomb (WB) could always use another snowboard instructor.

And where won't you go: Kudos for Tourism Whistler who announced in January they'd halt marketing Tiny Town to China. Perhaps we can borrow a page from the country's dictatorship and suggest they have no place in our internal affairs.

Relief is just $4.5 million away: Having regaled us with the fascinating fact the public washroom currently at Olympic Plaza wiped its way through 424 kilometres of toilet paper last year, Happy Jack termed the new price tag for Whistler's collective Toilets Mahal reasonable. Not surprisingly, few outside muni hall use exactly that word to describe the price.

Until then, roll another one: Or not! Cannabis is legal in Canada. Tourists come to Whistler to get high...not just on the mountains. How much longer is the Resort Municipality of Whistler (RMOW) going to have to "study" the issue before rolling out a strategy so locals and tourists can enjoy the healthful benefits and contribute to the provincial economy?

Leaving fantasyland: Since 2011, Whistler has been paying Alpine Paving more to mix our blacktop in Squamish instead of their plant in Cheakamus to ameliorate the folks living there. This notwithstanding the province renewed Alpine's lease for 10 years two years ago. Exactly what point are we continuing to prove here?

Taking the good with the bad: The RMOW did a surprising number of things well this year. Among them—assigning significant portfolios to councillors and charging them to consult, not to say schmooze, with their provincial counterparts; completing the Valley Trail connection from Alta Lake Road to Function Junction; cutting a deal with the Cheakamus folks over the DES system; ditching the ill-fated Temporary Use Permit requirement for home studio artists; promising high school students free bus passes; and, raising property taxes by less than three per cent...OK, that one stung, but not compared to six-per-cent-plus in Pemby and Squish.

It's hard being green: Or provincial NDP with Green enablers. Once again, the province has rejected a funding model it already supports in the Capital Regional District and Lower Mainland for regional transit in the Sea to Sky corridor. Not sure whether that's sauce for the goose or slop for the hogs but somewhere there's an apt metaphor.

Ottawa giveth, Ontario taketh away: In April the feds do away with inter-provincial liquor restrictions. In July, Ontario, a.k.a Ford Nation, bans the direct import of B.C. wines, threatening evil B.C. wineries with $250,000 fines if they ship to Ontarians. Like we need another reason to not drink Ontario wine?

If and when you build it: The Squamish Nation announces plans to build 6,000 mostly rental units in 11 high-rise towers in Kitsilano on land they own and over which Vancouver has no say in how it's developed. Oh, and with parking for only 10 per cent of the units. Wonder if that idea could travel up the corridor?

LIFE IN THE BUBBLE—Not the only reasons we live here but...

Borrow, don't buy: The Re-Build-It Centre launches its own lending library...for tools! I read somewhere the average power drill is used for a total of 18 minutes in its lifetime. You need a better reason to borrow one?

Makes ya proud to be a Whistleratic: Playgrounds and bikes. Toss in skis and you've got Whistler covered. Keith Reynolds and Pat Montani share Citizen of the Year for Playground Builders and Bicycles for Humanity, respectively. The bar has just been set higher for future recipients.

Will you be my friend: After 17 years of generosity, the American Friends of Whistler announced they'll be winding down operations. Even in Tiny Town volunteering shouldn't be a life tenure. Many thanks for all your good work.

It was 30 years ago today, really: Yes it was. And the entire town and a good part of the country celebrated Rob Boyd's downhill win in Canada, at home, here in Whistler. We still remember, Robbie.