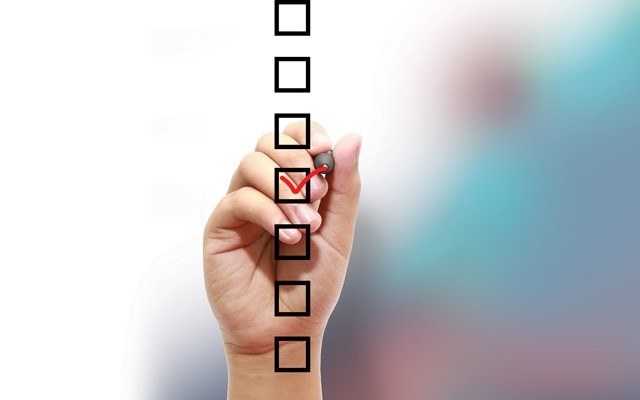 If you didn't vote on Oct.18, and you didn't vote on the 21st, you've got two choices to make this Saturday (Oct.28). The first choice is whether you're going to vote. No pressure; your choice. Voting is so passé, it seems. Barely a quarter of eligible voters cast ballots in the last municipal election. Byelections generally draw about as much interest as another day of soggy weather.

Still, interest is high enough to have teased out seven candidates for a one-year, part-time job. That surely means something, given there are no shortage of jobs available in Whistler, any one of which would let you shop for groceries without being accosted and told what a crummy job you're doing, or be the target of social media losers with nothing better to do than spend long days venting their bottomless spleens.

So let's say you've decided you have something better to do than vote Saturday. Feel secure; you are in the majority. But never say you're the dude who takes the road less travelled, speaks truth to power or is one badass social justice warrior. You and your friends put the pathetic in apathetic. That's OK. Ooo, look, a squirrel!

But if you're the kind of person who feels a heightened sense of civic duty, a commitment to the Social Contract, a desire to make your voice heard and your actions aligned therewith, a walk-the-talk kind of person, you've got an even harder decision to make: For whom to vote?

Before I get into that, it's customary to offer congratulations and a hearty pat on the back to everyone who threw their hat in the ring and offered to take on the responsibility of steering the ship of state. Congratulations.

Having discharged that duty in a perfunctory manner, I'd be remiss if I didn't say I'd prefer some of you find another avenue to let your voice be heard. At least one of you seems to have some anger-management issues, coupled with a more or less complete lack of understanding of: (a) this community; (b) a rudimentary grasp of recent history; (c) the power and role of municipal council; (d) the concept of transparency; (e) the importance of speaking to the local press; and (f) what it takes to play well with others. In short, one of you is woefully unqualified to help lead the community. I'm sure anyone who is planning to vote knows which one.

Three candidates simply need some seasoning and a healthy dose of community engagement before they're ready for prime time. As so well stated in editor Clare's spot last week, they need to get involved at a grassroots community level — "... being on committees, being on boards, going to events and meetings and interacting with constituents..." — before they jump into elected office. They need to join the 50 to 75 usual suspects who show up to budget presentations, open houses, information sessions, even take in the occasional council meeting when they don't have a question to pose or something to say.

Jack Crompton and Jen Ford both took this avenue to elected office, successfully, and it paid huge dividends in terms of their knowledge of issues and appreciation for their complexity and the limited avenues of action local government actually have available to them to deal with such issues and solve local problems. They put in the hours; the community reaped the rewards. I'd encourage any of the three to do the same if they're truly interested in warming a council chair.

That leaves three. And an interesting mix they are.

I believe Kate Roddick has a lot to commend her. I believe her resume is strong. She has lots of experience that would be valuable, albeit much of it from other places she's lived and worked. She's now on the Parent Advisory Committee at Myrtle Philip Community School. She's keen. She's talented.

But I can't support her.

I can't support Kate because I can't imagine a scenario where she wouldn't be in a conflict of interest on any issue of importance or consequence for her employer. Whistler Blackcomb-Vail Resorts (WB) is the "800-pound" gorilla in Whistler's living room. It swings big weight, some would say too much. It has a significant proposal — Renaissance — that will come before council sooner or later, perhaps not in the next year but surely within the next term. And whoever is elected now will have a big leg up in their efforts to get re-elected in another year.

For 11 years, Kate has sat at the right hand of the apex of power at WB, serving first Dave Brownlie and now Pete Sonntag. While she may have no direct pecuniary interest in an issue before council favoured by WB, she has a job she loves, needs and has no "... plans to resign." She would have to recuse herself on any vote the result of which would affect — positively or negatively — her employer and that would set up a vote by six and the undesirable possibility of a tie.

Kate's got some very heavy hitters supporting her. I respect them. Many are friends. But I believe they're wrong on this. If she held any other job in town, including most other jobs at WB, I'd probably be in her camp. But not as WB's COO Pete Sonntag's executive assistant.

And so that leaves Steve and Cathy. I have always liked Steve. And if I had two votes, one would probably go to him. He's a bit flaky around the edges but so am I. He doesn't think like other people do and that's refreshing. He's a dreamer and if we're not going to do the same things we've been doing, a dreamer isn't a bad thing to have.

But Cathy Jewett has my vote and ought to have yours. She's been a tireless volunteer on almost every committee and community group in the decades she's lived here. It is not for nothing she was named Citizen of the Year the first time someone put her name up. And yes, she works for WB too. But her history with them strongly indicates she has no fear of pissing them off and her job in mountain safety is about as far removed from the seat of power as you can get.

Whistler would be well served with her on council. She has a track record of working well with others, building consensus, delivering well thought out actions and building bridges. She is by far the most qualified candidate in this race.