MAXED OUT: An argument bordering on nonsense 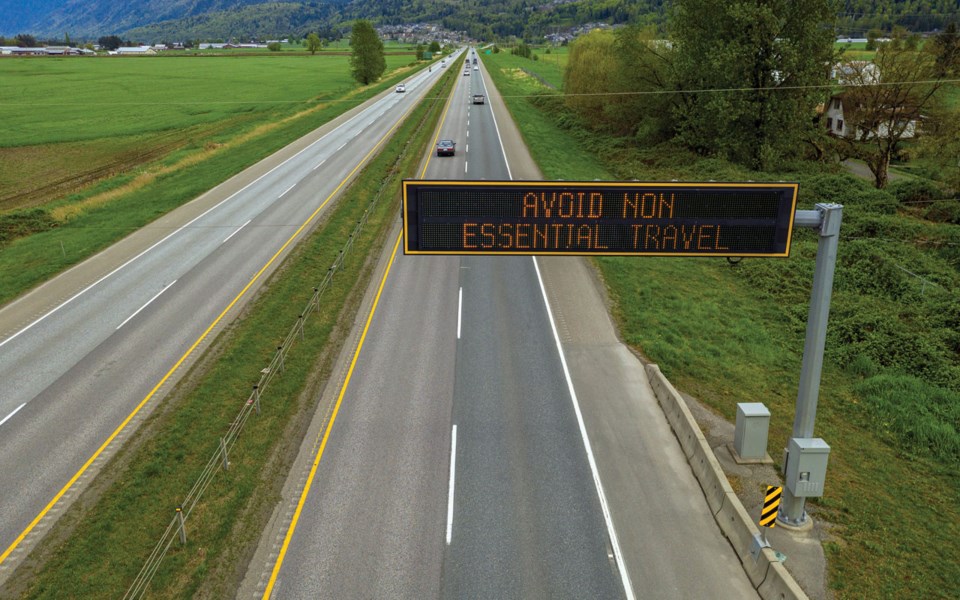 “What we are saying is the problem (COVID-19) is not happening because of the travel.” (Italics mine)

So says Vivek Sharma, chairman of Tourism Association of B.C.

Mr. Sharma is apparently not particularly familiar with math and the power of exponents. Perhaps a lesson from middle school arithmetic will help. It’s the old chestnut about which is more valuable, $1 million in your hand or a penny a day, each day doubled, for 30 days.

The game of chess, not unlike the game of politics, is only played well when the player(s) think more than a couple of moves ahead. That’s why most people aren’t very good at either. We don’t seem to be wired to think that far ahead. So most middle school kids, faced with this numbers game, inevitably choose the million bucks. Their strategy-challenged minds can’t see beyond, say, the first seven moves—one cent, two cents, four cents, eight cents... I’ll take the million, thanks.

So what’s this got to do with Mr. Sharma’s arithmetic-challenged world view, I hear you say?

The more-or-less current global numbers for COVID-19 stand at 96.2 million cases, 2 million deaths and counting, and 69 million recovered “survivors.” Of that latter number, it is estimated one-in-three are experiencing long-term effects that may never fully disappear, lingering maladies ranging from mild to debilitating.

But here are the kickers. It all started with one case! It spread outside China through travel... as opposed to wandering around on its own little legs. In a few months it covered the world. Duh.

Mr. Sharma’s pathetic reasoning is, naturally, the product of myopic self-interest, being the mouthpiece for provincial tourism. It comes in response to Premier Horgan’s trial balloon last week that he was seeking legal advice on whether this province can limit interprovincial travel, that is, ban all but necessary travel into B.C. from other provinces.

I know there is language in Canada’s Charter of Rights and Freedoms guaranteeing Canadian mobility rights but it would seem that barrier has already been overcome. The Canadian Civil Liberties Association asserts the government would have to show evidence a travel ban is necessary to overcome this constitutional right. They are appealing the earlier court decision that upheld Newfoundland and Labrador’s travel restrictions last year.

As far as evidence, it’s hard to argue with the results of Australia’s and New Zealand’s travel restrictions as well as other countries that have acted decisively and harshly to bring the spread of the virus under control. Closer to home, the Atlantic provinces’ bubble was successful in keeping case numbers down, not to mention proving how travel does, in fact, spark outbreaks.

By comparison—and by any measure—Canada’s federal response and the patchwork of most provincial responses have unerringly been too-little-too-late, resulting in Quebec’s province-wide curfew and Ontario’s province-wide lockdown, both of which are just beginning to have some positive impact. By comparison, cases per capita in Manitoba and Alberta, provinces that have been reluctant to take meaningful steps against the spread of the virus, consistently rank in the top three in the country, jockeying with Quebec for the honour of being No. 1.

So why shouldn’t B.C. close its borders to non-essential travel?

It’s the economy, stupid. Mr. Sharma says tourism is, “... the glue that binds communities together.”

Tell me about it. I live in a town that is all about tourism. I have lots of friends who own, manage or work in businesses that depend on tourism, many of whom are barely hanging on and quite a few who probably won’t make it without enhanced government support. I’ve seen the impact of last March’s sudden lockdown when Whistler became a ghost town overnight and more people turned to the food bank than ever before.

Better we should limp through to whatever comes next without tourists from outside the province than be totally closed for business again, admitting not every business will be able to continue limping.

Perhaps the other reason B.C. should remain open is our modest success in keeping the provincial virus numbers relatively low. Then again, that result has come at an increasingly distressing cost for those who live here and follow the guidelines of our provincial health officer while watching others, both neighbours and people from other provinces and countries, who believe their weekends and holidays in town are far more important than controlling the spread.

Mr. Sharma believes the “solution” lies in a contorted reliance on the oh-so-Canadian predilection to follow rules. “There should be no reason why Canadians cannot continue to travel to B.C. if they are tested, know and follow the rules, as well as practice health and safety protocols outlined by the PHO and implemented by all businesses,” he said.

Would following the rules include the one about staying local? Oh, that’s just an advisory, a suggestion. How can people from Ontario and Quebec follow their own rules by leaving the province?

I don’t know what the quantifiable risks are of people travelling to Whistler. Neither do you. I do know whatever they are will be greater with the new, more transmissible strains of virus getting a firm foothold in this country. And I take no comfort in the logic of the spokesperson for the Canadian Civil Liberties Association when she says, “It is not clear that B.C. has seen a rise in COVID-19 cases linked to interprovincial travel.”

This is just another way of saying we need a body count to quantify the risk and make it actionable. That might have been reasonable logic to mandate seat belts in cars but it hardly makes sense when we’re fighting a pandemic.

The businesses in town have done an outstanding job in establishing robust COVID protocols. I feel safe and believe the town is safe lining up and skiing. Weekends are still a bit spooky with the onslaught of Lower Mainland enthusiasts but I don’t know what additional steps could be taken to make things safer.

I don’t believe Premier Horgan will close the province. I don’t think he’s that brave and hope he marshals all his bravery to shut down Site C.

But it only takes a spark to start a fire. So fingers crossed we make it through the rest of the season and into warmer weather.